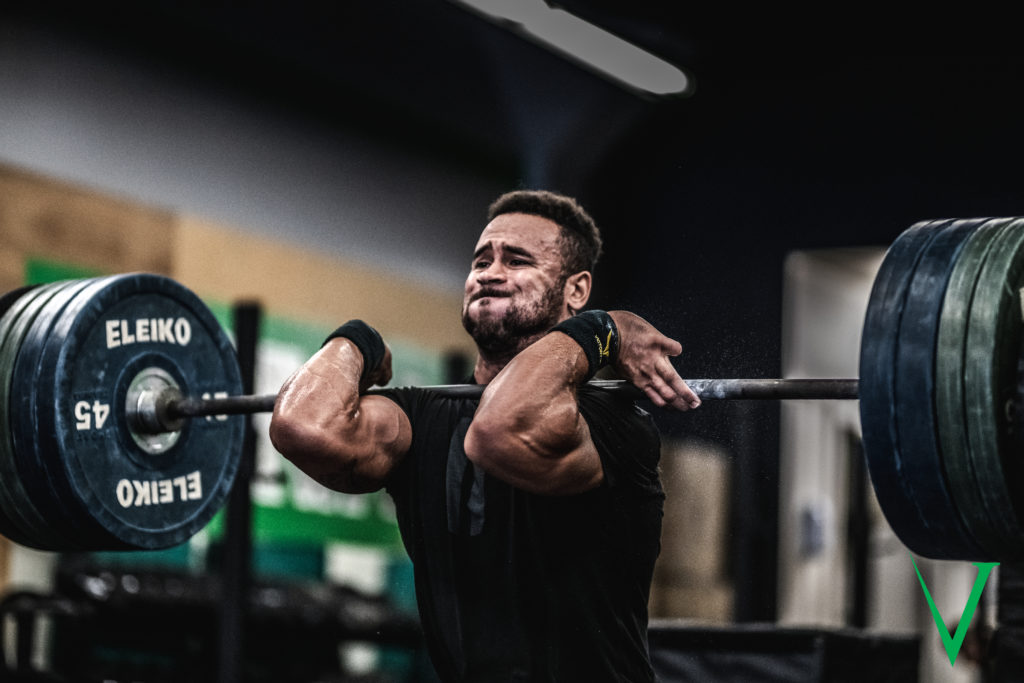 Which Type of Strength is Most Important in CrossFit?
Written by Holden Rethwill

One question that has popped up a couple times since we published the article: Understanding the 4 Types of Strength, was how those types of strength relate to CrossFit, which one is most important, and which one we should focus on especially with regards to competing.

Now I understand that a vast majority of the individuals who read this don’t care about competing and that’s ok, just hang with me because it still relates to you as well! That said, I’m sure you all remember the four types of strength…if not, here they are with a quick refresher.

Which type of strength is most important for CrossFit?

Well…depending on who you ask, that is going to vary greatly. Obviously the stronger, larger individuals will say that absolute strength is the most important because that’s where they make their money…whereas the bodyweight and gymnastics ninja’s are going to lean towards relative strength because let’s be real here, they aren’t likely to have those jaw-dropping one rep maxes (1RMs).

If I’m being 100% honest, they are all important but if I had to rank them in order, I would do as follows…(this is purely my opinion, feel free to agree or disagree in the comments).

Very few CrossFit workouts fall into that purely anaerobic “sprint” time domain. This means the majority of workouts will fall into some sort of strength endurance category, whether it means you’re moving your body or an erg over an extended period of time, you’re pushing a sled or carrying a sandbag, or you’re cycling a barbell for multiple reps. Since only a small percentage of all CrossFit workouts involve a 1RM or one, short maximal effort, strength endurance will trump absolute strength.

We’ll use this as an example….

Sam Briggs…one of the most widely known CrossFit athletes of all time, and a former Games champion. Let’s be real, absolute strength is not her forte, and I think she’d be the first to admit it. BUT…her strength endurance is what gives her the edge over her other competitors. She may never win a 1RM effort event, but will always do very well at an event that requires loading movement throughout time. What I mean by this is that she likely won’t win a 1RM clean and jerk, but if you put her in a workout like “Grace” (30 clean and jerks for time) she’s going to smoke it!

Another great example is our very own Rasmus Andersen…if you look at his absolute strength numbers, they’re good, but not great…BUT what Rasmus really excels at is his strength endurance, which is why he always crushes barbell cycling workouts when they come up.

The barbell isn’t the only example…I mean take “Murph” as an example…one of the most widely recognized Hero workouts in the sport.

You telling me that when you look at that, that strength endurance isn’t required? I rest my case.

Combine this with strength endurance and you’ve got the makings of a champion. There’s a reason Mat Fraser wins every year. His strength endurance is insane, but he backs it up by still being able to lift with the individuals that make their money in the absolute strength events.

But, just because an athlete has absolute strength doesn’t mean they are going to repeat that over time, which is exactly why this can’t fall ahead of strength endurance in order of importance.

Like I said, though, combine strength endurance with absolute strength, and you’re going to be crushing life.

Now, just because this is third on my list doesn’t mean it isn’t important.

Relative strength is great for workouts involving gymnastics and bodyweight movements. Think of it like having weight classes for gymnastics. Obviously lighter individuals are going to have a significant advantage here.

Unfortunately, very few CrossFit workouts involve solely bodyweight movements, and rarely do those workouts fall under less than what would require strength endurance.

Take for example the 20 minute AMRAP “Mary” which is 5 handstand push-ups, 10 pistol squats, 15 pull-ups, repeated over the course of 20 minutes. While individuals with an advantage in the relative strength category may excel at this workout, the time domain still moves us into a strength endurance category.

Ok still not believing me? Let’s look at another classic example…

That said…it’s not unimportant by any means, and typically when relative strength is there, absolute strength will follow, we just are limited often times by genetics here and a 5’5″ 150# individual just doesn’t tend to have the same ability to move loading as a 5’10” 200# individual – obviously there are outliers but I’m speaking purely in generalities.

Power and Explosive Strength in CrossFit

This is the least important for me. But, just because it ranks fourth doesn’t mean it is un-important…it just doesn’t fall as high on the need-to-have list as the other types of strength do, in terms of CrossFit.

An athlete with great power/explosive strength (anaerobic ability) typically does not also have the ability to draw that strength out over time. They are specialists (think Olympic lifters or sprinters), that do have their day in the gym – 1RM snatch day! They just don’t have enough days to make it higher up on the list of importance for me.

Typically an individual with power/explosive strength is going to crush that first Assault Bike sprint, then you’ll look around and wonder where they went. Well that’s because they typically lack the strength endurance to repeat those efforts.

But, like I said before, there are always outliers and freaks-of-nature out there that defy all of this.

Can you be good at all 4 types of strength?

That’s not a knock on anyone, it’s just the plain truth. However, that shouldn’t take anyone away from wanting to develop or improve their abilities in all four areas. I would just suggest picking a couple of them and making them your primary focus – the two of those being strength and endurance and absolute strength.

Looking to improve in a specific area of strength? We have a program for that! Check out our supplemental program offerings to focus on your weaknesses (or improve upon your strengths)!

Strength Endurance – Our Invictus Engine program can help with this and can supplement your current training program, or be a stand-alone aerobic capacity program.

Absolute Strength – The 8-Week Strength is perfect for developing absolute strength because of the primary focus on improving the squat, deadlift, overhead press and bench press.

Relative Strength – If you’re looking to improve here, you likely need to work on your gymnastics so guess what? Get yourself into our Invictus Gymnastics supplemental program! Your overall training will improve quickly – we’ve seen it time and time again!

All 4 Types! – We’ve got you covered with all of your CrossFit strength types in our Competition, Masters and Athlete programs! These are stand-alone programs so only choose one (and no other supplemental programs while you are following these).

How do you choose which type of strength to focus on?

Ten years ago I would have told you to work on all of them and not specialize in any specific area. However, with the way things have progressed – point systems, event trends, etc. – I would say that you’re probably better off picking one or two and trying to maximize those.

I mean back in the day if you specialized in anything it would almost hurt you because you’d lose too many points in other areas, but for people who excelled in all four categories, they would typically dominate. Today though, with the winners reward system, it pays to specialize. What I mean by that is you don’t get hammered as hard if you struggle on an event, if you can come back and win one or two.

If you really want to crush your workouts and succeed in the sport of CrossFit I’m going to put all of my chips into developing my strength endurance and absolute strength. But then again, I’m 6 feet tall and 200#…You have to find your niche and roll with it!!

Remember, this is talking in terms of CrossFit…if you’re a powerlifter or Olympic lifter you have every right to disregard this and tell me to go pound sand. No hard feelings.

Why Strength is So Important to a CrossFit Athlete