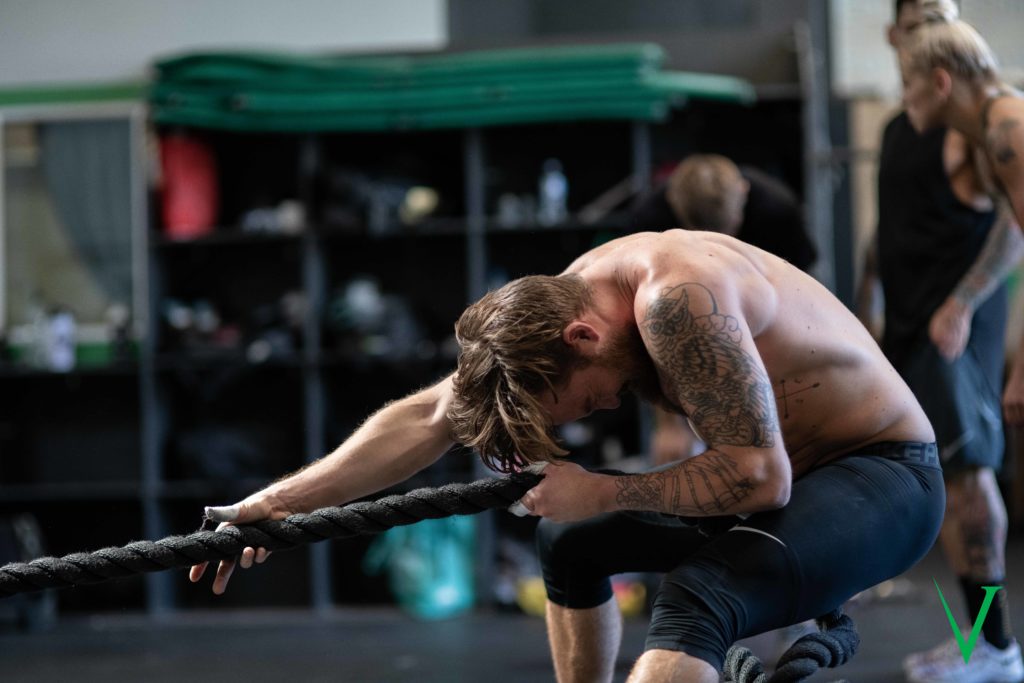 Today we’re going to get into some breakdowns of common upper body accessory movements to prepare you for FLEX FRIDAY. So let’s start things off with a bang and get directly into the biceps…

First off…what are they and what do they do besides make you look jacked?

The biceps brachii is a prominent muscle on the front side of the upper arm. It originates in two places: the coracoid process, a protrusion of the scapula (shoulder blade); and the upper glenoid cavity, the hollow for the shoulder joint. The tendon of this muscle is attached to the inner protrusion near the head of the radius, a bone of the forearm. The biceps brachii bends the forearm toward the upper arm and is thus used in lifting and pulling movements.

Now that we know the biceps aids primarily in pulling movements, we know the reason to train them! So you’re telling me they aren’t just for show?? Nope! While we do not want them to be the primary movers in any compound lifting pattern, we would be ill informed if we did not admit that they are activated during such movements. Therefore, it is important to strengthen (through FULL range of motion) the biceps muscles of the arm.

How to Strengthen the Biceps

Bands. I’m a huge fan of bands for muscle groups that are not going to be primary movers. The biceps are so easily affected when performing movements such as deadlifts and pull-ups (especially kipping), and I’m on board with Louie Simmons when he says that the best way to both strengthen the muscles AND the tendons, ligaments, and bones is by doing light resistance and high repetition band work. Add some of this into your biceps repertoire and feel the crazy amount of blood that gets pumped there. That’s a GOOD thing. Bands are easy to use, take up no space, and can be curled just about anywhere on the planet. Get you some.

Other Ways to Strengthen the Biceps

The triceps are the Darth Vader to the biceps Luke Skywalker. They go together like peas and carrots.

Triceps muscle, any muscle with three heads, or points of origin, particularly the large extensor along the back of the upper arm in humans. It originates just below the socket of the scapula (shoulder blade) and at two distinct areas of the humerus, the bone of the upper arm. It extends downward and inserts on (attaches to) the upper part of the ulna, in the forearm. Its major action is extension of the forearm upon the elbow joint, in opposition to the biceps brachii.

Get the Vader reference now?

So the triceps work to extend the muscles of the arm…alright what movements does that involve? Spoiler alert…a sh*tload like: bench press, shoulder press, handstand push-ups, push-ups, dips, etc. etc. etc., and the list goes on. The triceps, while again not a primary mover, are paramount to upper body pressing strength. Without them, full lockout is impossible to achieve. It’s because of this, in my opinion, triceps should be trained at a 3:2 ratio in opposition to the biceps.

How to Strengthen the Triceps

Bands. Piggy backing off the biceps band usage, I’m dropping them in here too. Banded tricep extensions are AWESOME, and should be something added into your fitness repertoire at least once a week. Not only are bands great for building strength and elasticity in your muscles and tendons, they provide no impact which means you won’t be as sore from them as you would lifting heavy weights.

Other Ways to Strengthen the Triceps

What are the Pecs?

All my former football players out there are probably yelling ‘hell yes’ right now because what did we do all the time? Bench press. For the longest time, the bench has been considered a major marker of upper body strength, and rightfully so. I like to call it arm squats because you’re basically using every muscle in your upper body to lift maximal weight AGAINST gravity. So what is considered the chest?

The pectoralis major, the larger and more superficial, originates at the clavicle(collarbone), the sternum, the ribs, and a tendinous extension of the external oblique abdominal muscle. The pectoralis major extends across the upper part of the chest and is attached to a ridge at the rear of the humerus (the bone of the upper arm). Its major actions are adduction, or depression, of the arm (in opposition to the action of the deltoideus muscle) and rotation of the arm forward about the axis of the body. When the raised arms are fixed (as in mountain climbing), it assists the latissimus dorsi and teres major muscles in pulling the trunk up. The pectoralis minor lies, for the most part, beneath the pectoralis major, arising from the middle ribs and inserting into (attaching to) the scapula (shoulder blade). It aids in drawing the shoulder forward and downward (in opposition to the trapezius muscle).

So you’re saying the pecs are used in BOTH pushing and pulling? Why yes, yes they are. If you’ve ever rock climbed or completed a lot of rope climbs, you’ll know this. My pecs are ALWAYS sore the day after and it’s because of the muscles’ necessity to assist the lats in pulling movements.

How to Strengthen the Pecs

What are the Muscles of the Shoulder?

If you’re like me and have built up some pretty strong glass shoulders (permission to laugh) from years of hurling your body at another human in full speed contact, then you’ll resonate with this section. The shoulders are like the steering wheel of your car. Ever tried driving without one? Yeah me either, and you shouldn’t go on training without focusing on this muscle group! Now, I’m not going to get into the specifics of the shoulder, we can go over that at another time, but I will get into some movements that are general and broad for training this area!

The shoulder is a complex ball-and-socket joint comprising the head of the humerus, the clavicle (collarbone), and the scapula. The shoulder’s main motions are flexion, extension, abduction, adduction, internal rotation, and external rotation.

See.. it does everything. Without it, there’s no steering the car.

How to Strengthen the Shoulders

In addition to this I like to perform these same movements with light weight dumbbells. Be careful not to go to heavy because the risk of injury is high AND it’s a lot harder to target little muscles when you’re going too heavy. The big muscles will subconsciously take over and you’ll be left with over developed big muscles and under- or non-developed little ones (simple terms).

Side note…when training bands I like sets of 25+ reps, and when training with weights I prefer a 6-10 rep range depending on the day and loading. Boom.

That is all I’m going over for today… “but wait you forgot the back”… nah bro I didn’t forget it, the back is just so complex and requires SO MUCH accessory work that it’s going to get it’s own dedicated day, so you’ll have to keep your eyes open for that. In the meantime start adding some of these into your repertoire and watch the muscles GROW!

The Importance of Accessory Training

4 Best Accessory Lifts for Your Squat