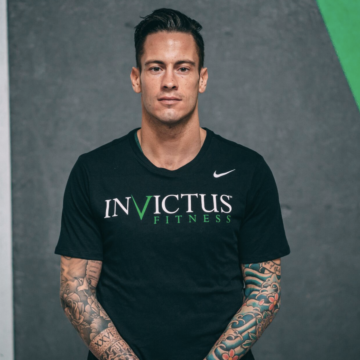 Tino has been a part of the Invictus community since 2010, when he became an online client through Invictus Athlete. If you listen closely to him talking you will realize he does actually speak English and is originally from Scotland which may be a little confusing due to his Italian name.

Tino grew up playing soccer and went pro for 2 years before going to University to study Financial Services. After getting his B.A. he realized his passion for fitness and went on to become a personal trainer working for one of the largest fitness companies in the UK. Through his exposure to being an online client and finding great interest in programming for athletes he became part of the Invictus Athlete Team in 2012. His passion for programming has helped Invictus send a number of Athletes to Games as Individuals, Masters and on Teams. He has also been an integral part in sending a number of athletes to Regionals.