Some of the best things in life are combinations…bacon and eggs, coffee and cream, dark chocolate and Kerrygold butter (just try it). I decided to mesh Viking hash (sweet potato, onion and bacon) with rosti (a traditional Swiss nibble like a latke made of shredded white potatoes which are shaped into rounds and fried) and thus sweet potato rosti (sprosti?!) was born. This dish did take a bit of prep time, but the result was definitely worth it. This would be great for brunch served with some smoked salmon and scrambled eggs or as a post-workout carb replacement.

Butter or fat of choice

1. Grate the sweet potatoes (either by hand with a box grater or with a food processor). Put in a bowl, sprinkle with 1 tsp sea salt and mix well. Let sit for 15-20 minutes. This will help remove some of the excess moisture by creating a hypertonic environment around the potato…I know, I know…SCIENCE.

2. Grate the onion, and squeeze to remove the excess juice.

3. Chop the bacon thinly. Add to a large skillet over medium heat and brown until crispy. Add the onion and cook for a few minutes until the onions have softened. Remove to a large bowl.

4. Squeeze as much moisture from the sweet potato as possible. The easiest way is to scoop up by the handful, stand over the sink and squeeze away. Grip strength! Add the sweet potato, onion powder, other teaspoon of salt and pepper to the bowl and mix to combine.

5. Heat the skillet to medium and add a tablespoon or so of butter (I don’t measure).

6. Use a 1/4 cup measuring cup to scoop up some of the rosti mixture. Press into the measuring cup. Turn out into the heated skillet and flatten a bit with the back of the cup. Cook for 8-10 minutes or until nicely browned. Carefully flip and cook for another 5 minutes. *Note, I did this in two batches of 6.

7. I served these with smoked salmon, scrambled eggs and a bit of scallion garnish. 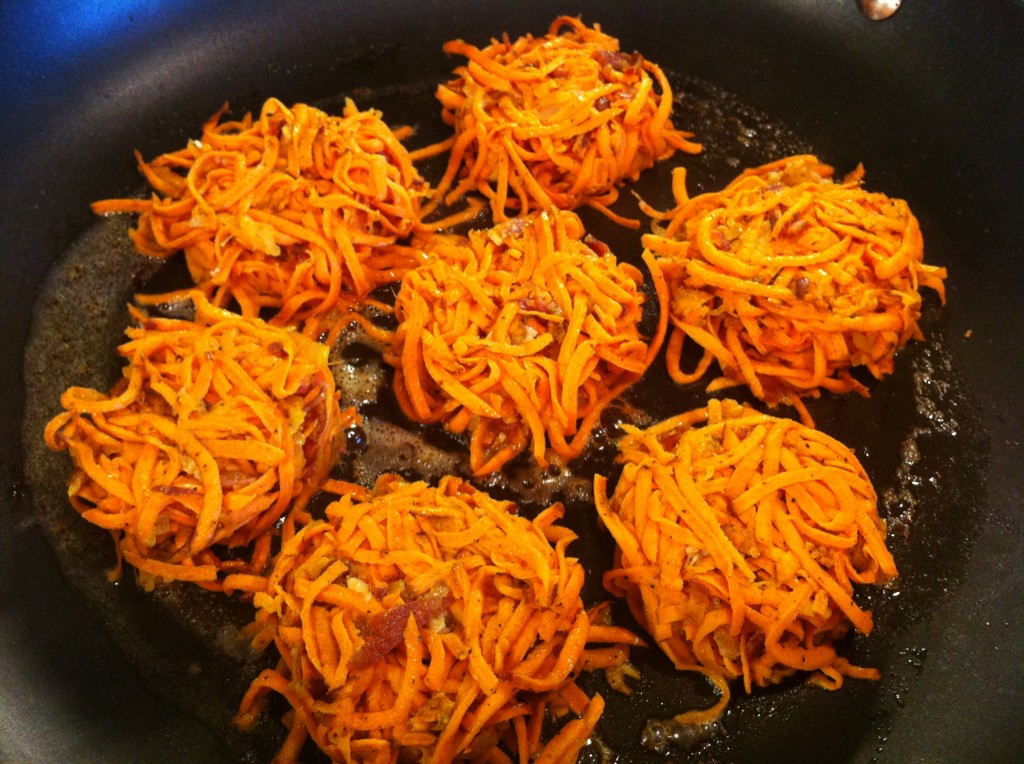 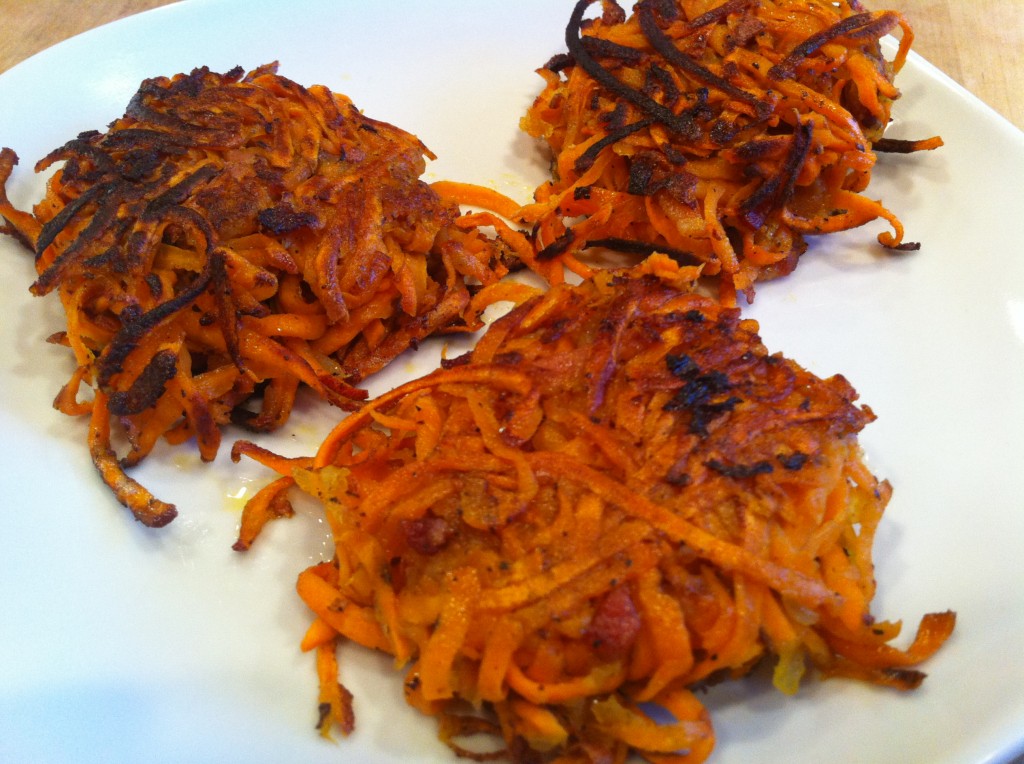 Just had this again today, never gets old? ?

I’ve been eating some variation of this for the last two weeks with scrambled egg. seriously my favorite breakfast dish. mix with the egg and some hot sauce and it’s perfect.

Viking Hash is like crack to the paleo world. YUMMMM

This looks bomb! I am definitely going to try this. Thanks for the recipe Steph!

Awesome let me know how you like it Daniel!