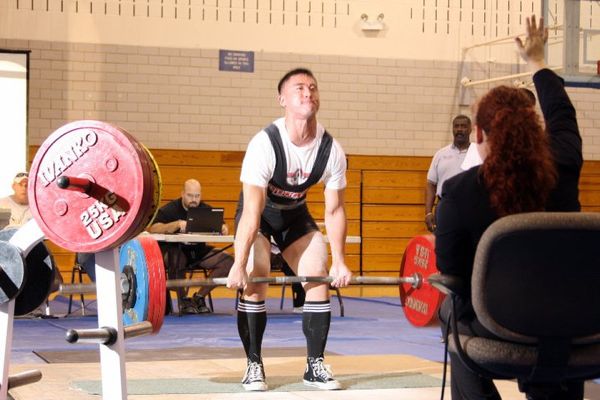 Training on an Empty Stomach
Written by Calvin Sun

I am often asked if it is alright to train on an empty stomach. I think this is a common issue for anyone who needs to get to the gym early in the morning. Eating a breakfast of solid foods such as eggs, veggies, and maybe some fruit before a 6am workout can be difficult, if not impossible, for many people. You’ll have to be up early to prepare breakfast, eat, allow adequate time for digestion and get to the gym for your training session. Even if you prepare food ahead of time, many people don’t have much of an appetite upon waking. Of course, this doesn’t just apply to people who train early in the morning. If you are coming to one of the evening workout sessions, it’s likely the last meal you had was lunch. 4 to 6 hours without food is enough to leave you in a partially fasted state which can negatively impact your ability to perform your best in the gym. Nonetheless, skipping meals isn’t a good idea and today I’ll discuss a few reasons why you should reconsider training on an empty tank.

In addition to improving your long-term health, your athletic performance and body composition can be greatly improved with proper pre- and post-workout nutrition. In a study published in Medicine & Science in Sports & Exercise, researchers found that subjects who consumed a protein shake before and after resistance exercise experienced greater gains in lean body mass and increased 1RM strength over those who did not [2]. Another recently published study found that consumption of whey protein before heavy resistance training actually resulted in an increase in resting energy expenditure the day after training [3]. One group consumed protein only before their training sessions and the other group consumed an equivalent amount of only carbohydrates, the protein only group had significantly higher resting energy expenditures 24 hours after their training session. Furthermore, the American College of Sports Medicine has presented research that suggests pre-workout protein intake can be even more effective for recovery than a post-workout protein shake alone. In other words, consuming a proper pre-workout meal can help increase your strength, improve recovery, as well as boost the amount of calories you burn at rest for up to a day after training which can help facilitate reduced body fat and improved body composition.

Another study published in the Journal of Strength and Conditioning Research found that a placebo group had significantly higher levels of cortisol, myoglobin, and creatine phosphokinase (CPK) after exercise compared to those who consumed a protein and carbohydrate mixture [4]. High blood levels of myoglobin and CPK are most commonly indicative of muscle damage. Once myoglobin is in the bloodstream, it needs to be filtered by the kidneys. In severe cases, this can result in a condition known as rhabdomyolysis which can lead to acute kidney failure. This suggests that consuming some protein and carbohydrate prior to your training session can reduce the amount of muscle damage caused by intense exercise. As a result, this will allow for more intense training sessions and less recovery time needed between training days.

If you find yourself heading to training sessions on an empty stomach, I recommend consuming either a solid pre-workout meal of protein and carbohydrates 30 to 60 minutes prior to your workout or a protein shake 15 to 30 minutes prior. If you prefer training in a fasted state, I still recommend consuming some quality protein as soon as possible after your workout in order to improve recovery. An easy way to get pre- and post-workout meals is to simply drink half a protein shake before you train and the remainder immediately after. Keep in mind, pre-workout supplementation can be highly variable between people so I recommend experimenting to see what works best for you. Combined with a good nutritional plan, you’ll recover faster, get stronger, and be leaner. If you aren’t sure on how to implement this approach into your current training, feel free to schedule a consultation with one of your Invictus coaches so you can optimize your nutrition for your next workout of the day.

he body will work more effectively when its not attempting to process food. Person should have a lot of glycogen storage space from the evening before, so catabolism shouldn’t be an issue

In general, there is no need to eat before exercise. If you feel better when you do, then by all means, keep it up! However if choking down a pre-workout banana or bowl of oatmeal is a dreary chore that you only do because it’s supposed to help you avoid muscle loss/fat gain/growing antlers, then it’s time to relax. You’re completely free to eat whenever you want. Just listen to your body—it’s got you taken care of.

There are both sides. The body will work more effectively when its not attempting to process food. Person should have a lot of glycogen storage space from the evening before, so catabolism shouldn’t be an issue

Anyone try bulletproof coffee an hour before the WOD? When I get back from the sandbox, I’m interested in giving it a shot, but curious if anyone’s tried it.

I do. Works like a charm. Plenty of energy from the coffee and fat.

Once I started CrossFit I began looking into different ways to eat (“Paleo and intermittent fasting)which is a huge step from what I did 6 years prior as a bodybuilder (6 meals a day, every 3 hours, almost 300g protein @175# 5’8”) I noticed that training fasted although with a cup of coffee always gave me a ton of energy, it was never hit or miss like with pre workout meals in the past. I even went so far as to fast 12+ hours pre workout and then eating my first meal sometimes 4-6 hours post workout with no ill… Read more »

Just read this through and am struggling to find a convincing argument here for pre-workout nutrition based on the references cited. I’ve explained my reasons below each reference below: 1. Hamid R Farshchi, Moira A Taylor and Ian A Macdonald. Deleterious effects of omitting breakfast on insulin sensitivity and fasting lipid profiles in healthy lean women. Am J Clin Nutr. 2005. • Study involved just 10 women. • Study design gave the breakfast group a bowl of cereal, and the no-breakfast group a chocolate-covered cookie mid-morning. • The study did not make a single mention of exercise. It is unknown… Read more »

Beautiful work Flora. You beat me to it.

People reading Fitness / Nutrition articles from the internet, believing it and then spreading it happens all too often.

You must check the parameters used in studies! They, in most cases, will not relate to you or your training.

Why are reference lists used? To check the appropriateness / credibility of the information outlaid. Extra work i know, but worth it when it comes to your health.

Exactly my thoughts as I was reading the article. Glad you saved me the time of reading through the sources. Just because something is cited doesn’t mean it’s relevant to the point being made, or even that the study was properly conducted.
… not to mention sensationalist points like the mere mention of rhabdomyolysis in an article about training on an empty stomach.

The older I get, the truer this is. Breakfast is vital, training day or not. Playing/training on empty stomach=performance disaster. Complete collapse in energy levels. To the older brethren out there, the 20/20 quality carb protein 15-20 mins before the workout has become the dif. between embarrassing.

if I’m having half of protein shake before and half after should I double the dosage of protein and carbohydrate s (instead of ,24g protein 35g dextrose double those?) my workouts consist.of crossfit workouts

Great article. It is true that most early trainers work out on empty stomachs which is a detrimental health concern. What I advice my clients’is that they should try to fix a protein meal and consume it immediately after the work out to help rejuvenate and replenish the energy. So far this seems to work out well 🙂

Ok article, you have not mentioned the importance of the last meal of the day before or how the type of diet can influence working out on an empty stomach. Key learns for myself is that a diet high in good fat leads to no difference in performance for morning workout on an empty stomach. What does effect performance is if I have eaten poorly (low calorie or low fat, protein) the day before morning workout. I respect the studies quoted in your article but, we all know that these ‘ studies ‘ are for the average person. There is… Read more »

never ever go to train without taking in some whey,banana and some creatine. It’s just impossible to lift anything when the stomach growls.and very often without post workout protein and another banana i feel like i just wasted all my muscle lifting and pulling and pushing, this is why, replenishing before and after the trip is crucial.

Fasted workouts can actually be beneficial if used correctly in an intermittent fasting regiment with sufficient carb cycling. In my experience I’ve found it actually produces rather drastic sex hormone response that has made body recomposition much easier while still making gains in the gym. Good article tho

Calvin,
I absolutely love (LOVE!!) that you site references. Makes me so happy. And I always appreciate what you write.

Thanks so much for this insightful information. It’s been really hard for me to figure out what to eat or drink before my morning WOD. I will definitely try your suggestion of drinking half a protein shake before and the rest after. My only problem is, is that whey protein gives me lots of gas. Any suggestions on something else? BTW, I go to Brick in West Hollywood.

Awesome job on the new website! Tons of great information to read and articles to look through. After a two week family break my schedule is now back and I’m ready for some more InVictus wods. Thanks for everything!