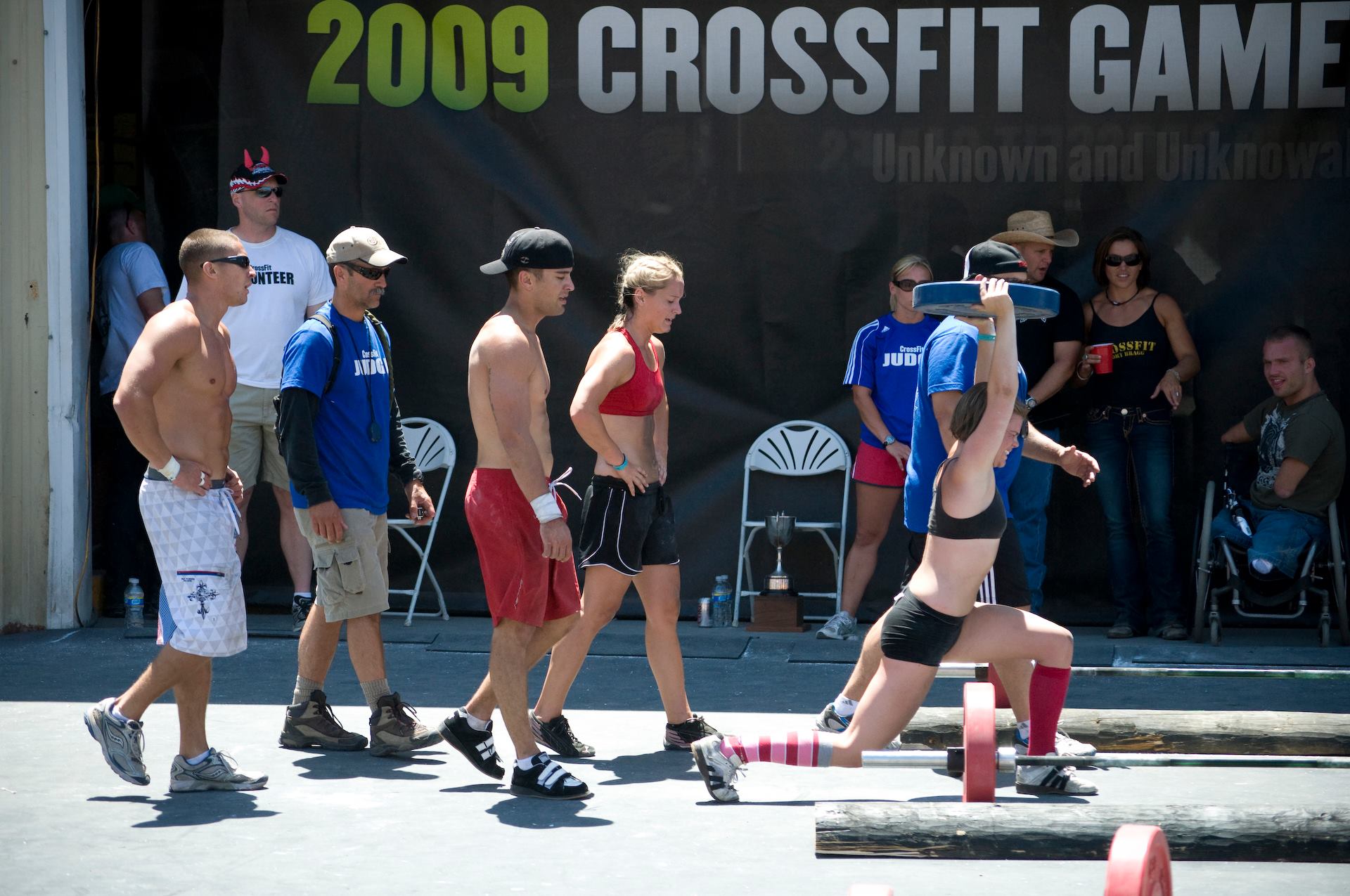 “Then” was 2009 – the 3rd year of the CrossFit Games and the 1st year of the official “Team” division. Up until this point, CrossFit used the “Affiliate Cup” to denote the best of the best affiliates putting athletes forward for the weekend’s competition. This was Invictus’s inaugural year of existence and the 1st year that Team Invictus represented.

Back in 2009, the team was composed of SIX teammates of both Invictus coaches and members of the gym – some of them are still members to this day! There was only one coach – C.J. Martin – and he was one of the only coaches of competitive CrossFit athletes at the time.

You might not recognize most of the names on the roster and that’s because this was prior to the professional CrossFitter era of today. Every person on this list either coached full-time at Invictus or held down professional jobs outside of the gym. They trained once per day, sometimes twice, if time allowed. There were no sponsorships, no body workers (there was a first aid tent and a watering through ice bath though), and not even a Sea of Green at this point. More like Specks of Green that only the coaches wore so that the athletes could spot them in the crowd of mostly black, blue and red which was pretty much every single gym’s colors back then. Although the Games were at Dave Castro’s parents’ ranch in the middle of nowhere, there was a massive turnout of Invictus members who drove to Aromas, California, to support the athletes. And many of them CAMPED on site! They washed all our dishes too. But that’s for a different article. This was also the crew that made the uniforms by puffy painting gear the night before in hotel rooms. Back then, there were no team uniforms.

It was a real festival atmosphere at the Games in those days. Campers parked out in the field. It was dusty. It was sweaty. Both turned to mud.

A dozen eazy-up tents massed together to form a vendor village (that had no running water). Temporary bleachers were set up outside the barn where most of the workouts would take place. Everyone could be heard chatting and catching up on the past year with all of their friends. CrossFit was still a small and close knit community back then. Everyone – athletes and fans – interacted with each other between events. Everyone actually did know everyone else instead of just knowing about each other from social media. It was like a friends reunion that entire gym communities would attend.

This era of Games also both coined, and epitomized, the term “unknown and unknowable”. And although there weren’t all of the nasty options available to Dave Castro then as there are now, he found other creative ways to torture the athletes while bringing delight to the spectators. You see, back then, workouts weren’t announced until just minutes before the “3, 2, 1, Go!” was called out.

At the beginning of each day, Castro would hold an athlete briefing where the 1st of the day’s many (up to 5 in one day!) were announced. The athletes would perform the workout, be reseeded then called back into the barn, and would find out what the next workout would be just before being sent out into the arena to perform. There were no “syncro” movements back then. But it was the first time movements were divided up evenly. Before now, team members could choose who did what and how much of it.

Here’s what they did that weekend starting on Thursday evening…

Event 2 – North Pad Workout
(You get one guess on who dominated this event for our team. The banner still hangs at Invictus San Diego!)
3-rep Overhead Squat, plus
Max total pull-ups in 3 attempts

It might still say 5th on the Games website, but Invictus did indeed finish 4th that weekend after a scoring error had been corrected. 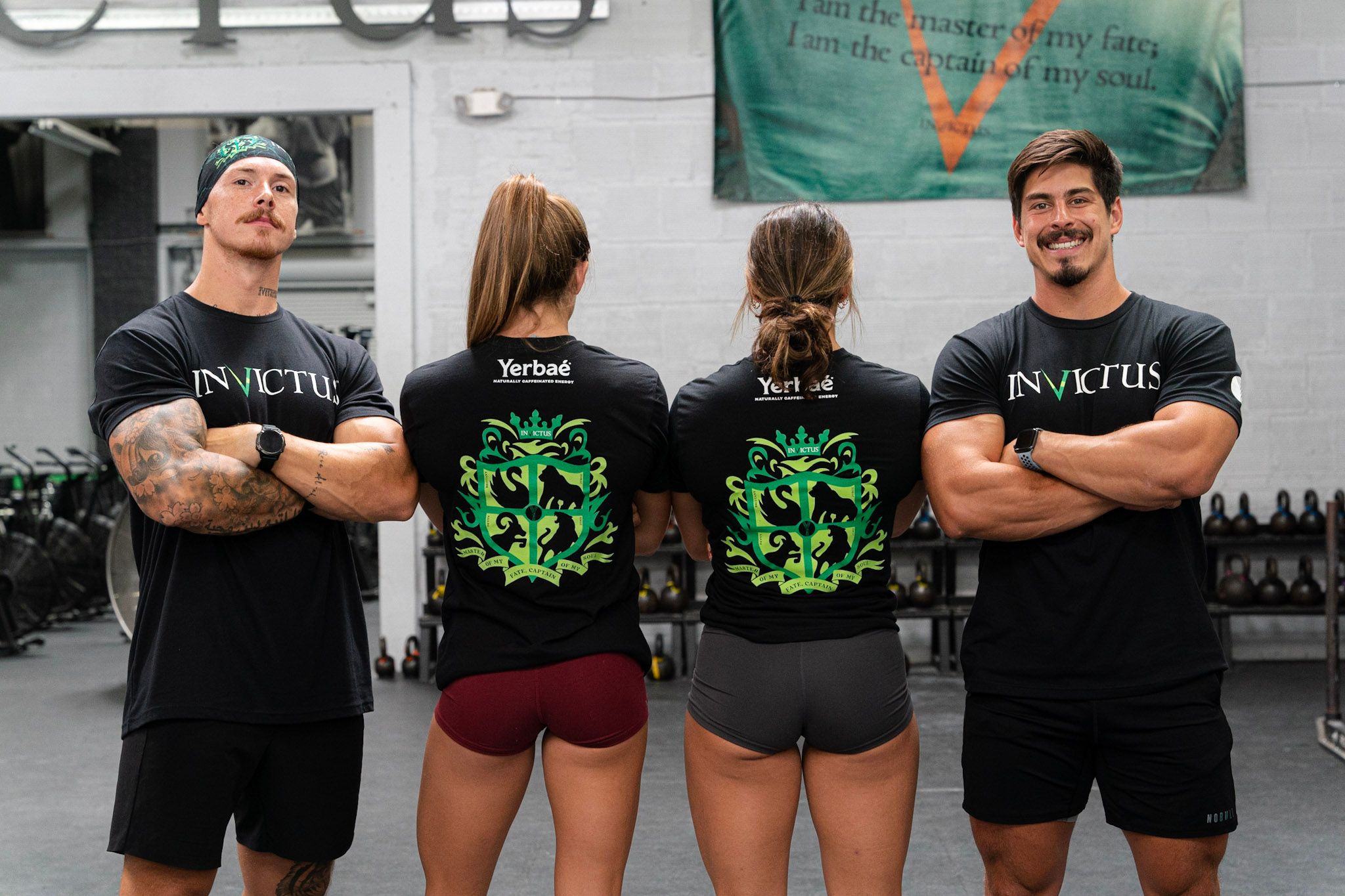 Jump ahead 13 years and Team Invictus continues to represent at the CrossFit Games, and has every year since 2009. Some things are different, of course. We already know some of the workouts, for example. There are only 4 team members instead of 6, all of who are sponsored on at least some level – they are pros. There will be syncro movements. Dave Castro still has something nasty up his sleeve.

This is a team of people who are all good friends and have pushed each other to train harder than ever before.

Yerbaé is our generous sponsor and has made this trip possible.

It all starts with this at 11am CDT (individuals start at 9am) in Madison, Wisconsin…

Teams will compete on Wednesday, Friday, Saturday and Sunday. Saturday cuts have been rumored to set it up for the live Sunday broadcast on CBS. Team Invictus’ lane assignments and live updates will be posted throughout the weekend @crossfitinvictus.com.

How to Watch Team Invictus at the 2022 CrossFit Games

If you aren’t one of the thousands of lucky fans will watch the action live, here’s where else you can keep up with the live events and updates.

Tune in to the CrossFit Games YouTube, Facebook page, @Twitch, and @plutotv for coverage of the individual and team competitions, and select coverage of the masters, teenagers, and adaptive competitions. Coverage on YouTube will be available in five languages.

Watch in the CrossFit Games app

New this year, follow the schedule in your local time zone and watch all the action inside the new CrossFit Games app.

The CrossFit Games will return to the CBS Sports Network in 2022. A live, two-hour broadcast of the individual finals will air on the CBS Television Network on Sunday, Aug. 7, from 12 – 2 p.m. CT.

Team Invictus is powered by Yerbaé!