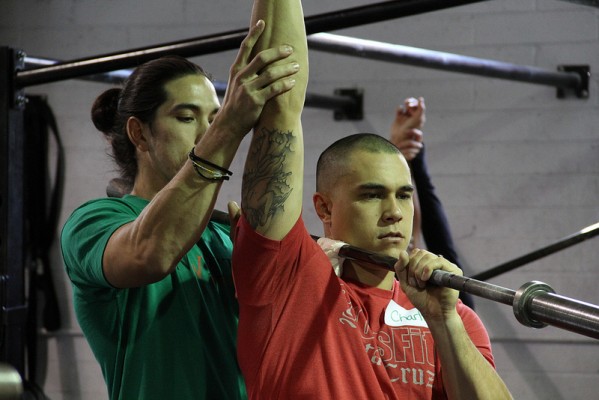 The Pursuit of Perfection, Joyous Work and a Little Luck
Written by Nik Hawks, Co-Founder of Paleo Treats

I’ve had a couple people ask me for business advice lately, and I was taken aback by how little I know about business as I tried to come up with an answer.

It didn’t jibe with how successful Paleo Treats has been; you’d think I’d know more.  In 3 and half years we’ve grown from making batches in our kitchen and selling them at the 2009 CrossFit Games to being one of the bigger Paleo food companies in the business and selling not just throughout the U.S., but also internationally on a regular basis.

As I racked my brain for what “secret formula” there is for success, I kept coming up against the basics, nothing fancy, nothing exotic, just the basics.  They are summed up in my head as the pursuit of perfection combined with plenty of joyous work and just enough luck to get you over the occasional hump.

Whether you’re starting a business (and I recommend everyone start at least two), or starting a workout program, or just trying to get through the holidays without eating every last cookie and piece of cake shoved into your face, success seems to come from those three things.

First, the pursuit of perfection.  It’s not whether you achieve it, but the pursuit itself that’s important.  Aside from the obvious benefit of coming up with top quality products, it draws others into your circle who are following similar goals, who walk similar paths, and that leads to joyous work (more on that later.)  The old saying that birds of a feather flock together is just as true of folks seeking perfection as it is a bevy of quail.  It’s a hard road, the path to perfection, and there are an awful lot of exits you can take.  It’s much easier to stay the course if you’re surrounded by good friends with the same intentions, and if you just put your head down and slog it out with them at your side you’ll find that you hit what you thought were impossible goals and only notice it when you’re a few miles beyond where you thought you’d ever be.

One of my favorite stories about this can be found here: Come On In, No One Ever Comes Here

In the case of Paleo Treats, we’re after perfection in a Paleo dessert.  We haven’t found it yet, at least not in any one dessert, although our Mustang Bar comes pretty close; I’ve heard it referred to as a “Paleo-gasm” (thanks Heidi F.)  Still, it’s the pursuit that matters, and it shows up every time we see someone take a bite of a Paleo Treats sample; they always seem to expect mediocrity and are so surprised and stoked to find that the people that made this treat actually give a shit about taste AND health.

The second key to success is plenty of joyous work.  I don’t mean by this that you love everything you do; some tasks just suck and there’s no way around it.  What I’m talking about is probably best shown in an old Gary Larson Far Side cartoon.  It’s a picture of a guy wheeling a heavy wheelbarrow up a steep path in Hell.  It’s hot, the wheelbarrow is loaded with bricks, he’s scrawny and sweating, everyone around him is miserable.  Incredibly, he’s whistling away, shown so cleverly in just a few musical notes and his pursed lips.  The Devil is looking on from the side of the path, and he turns and says to his minion, “We’re just not getting to that guy.”  Whatever else that guy did to get to the hot place, he understood the value of joyous work, of being able to be stoked with whatever you’re doing, whether it sucks or not.

We take that joy pretty seriously at Paleo Treats, so whether we’re out hustling to sell cookies at a sample sale, rocking out newsletters or just shipping out box after box, we remember that joy is what YOU make, not the job you’re doing, and if we’re stoked to be doing whatever it is we’re doing that somehow seems to translate pretty consistently into success.  I think that joy comes through every time we talk to folks, and maybe that’s why I get asked for business advice; folks want to know not just the secret of success, but the way to make that success so much fun.

The final ingredient to success is a tiny helping of random luck.  Sometimes it’s bad luck, and you learn some huge and awesome and valuable lesson by zigging when you should have zagged.  Mostly though, it’s just a little good luck; knowing the right person, being in the right place at the right time, or just plain getting lucky.  This last “lucky” piece isn’t something you have no control over, although it seems that the more joyfully and the harder we work, the luckier we get.

Still, there’s that undeniable element of luck in every venture; the weather window that opens up at just the right time, the Oprah show that stumbles upon the Paleo diet right after we made a huge batch, the passing acquaintance from years ago you run into at the airport who is perfectly positioned to give you a boost right when you need it, the phenomenally gifted employees you hire who are better than you could have asked for had you designed their lives yourself.

So that’s it: The pursuit of perfection, joyous work, and enough luck to get you over the humps.

That wraps it up for my holiday wisdom, feel free to drop us a line via email or phone, or better yet, please swing by the next event we’re doing at CrossFit Invictus on Monday the 26th.