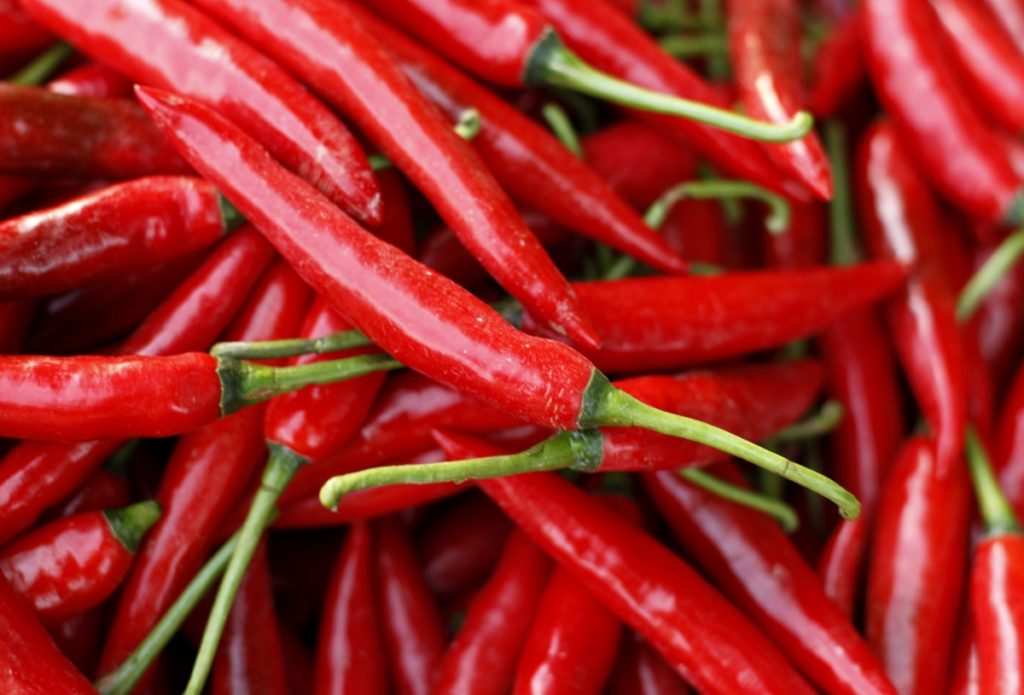 Are Pepper Supplements Hot or Hype?
Written by Calvin Sun

I recently received some questions regarding a new product on the market called “Burn” produced by supplement company Progenex. “Burn” comes in an interesting form factor, essentially a version of “pop rocks” candy, and features an active ingredient derived from peppers that you have likely never heard of known as dihydrocapsiate. The product is billed as both a weight loss supplement and a sports performance supplement by the manufacturer. In today’s article, I’ll provide a full breakdown of the supplement, discuss the validity of the product claims, and go over the current research on dihydrocapsiate supplementation. 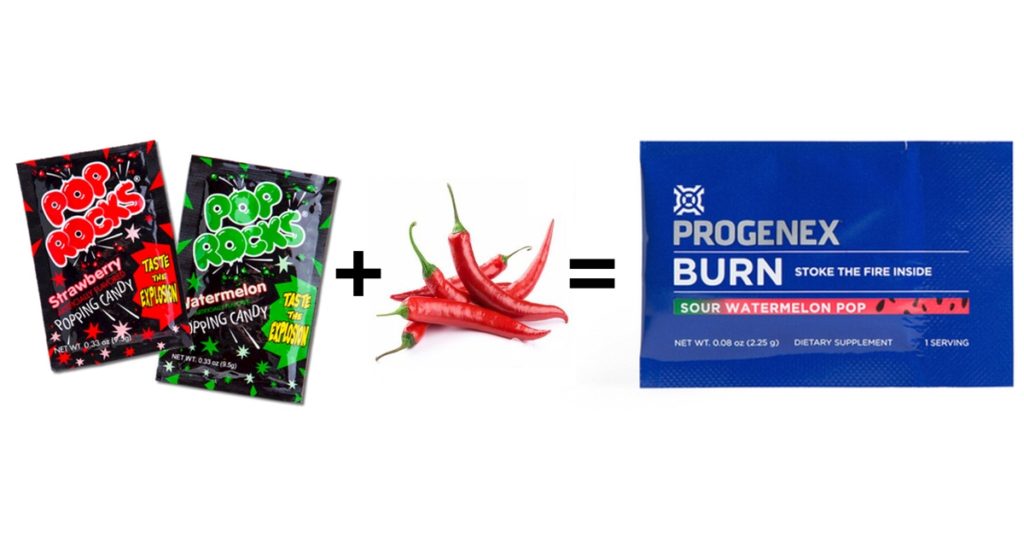 What The Heck Is Dihydrocapsiate?

Dihydrocapsiate is a type of capsinoid found in chili peppers with a similar chemical structure to the more well-known and pain-inducing capsaicin [1]. The main difference between capsinoids and capsaicin is that capsinoids don’t have the pungency or burn you might find in your favorite hot sauce or on the receiving end of a spritz of pepper spray. 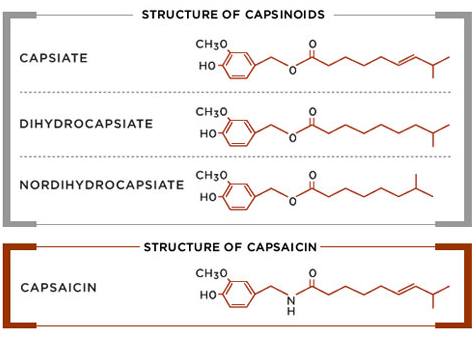 When you eat something spicy like a red hot chili pepper, the hot sensation in your mouth occurs because capsaicin activates a receptor known as Transient Receptor Potential Vanilloid 1 (TRPV1). TRPV1 receptors are found in the mouth as well as the gastrointestinal tract [4]. Capsinoids are approximately 1000 times less hot compared to capsaicin as they prefer to bind to TRPV1 receptors in the gastrointestinal tract instead of those found in the mouth [5].

Research has found that both capsaicin and capsinoids can activate the sympathetic nervous system, also known as the “fight or flight” response, and increase thermogenesis [5,6]. However, doses of capsaicin high enough to elicit a thermogenic effect usually come with some intolerable gastrointestinal side effects. As a result, capsinoids have been studied by researchers to see if they might serve any benefit as a potential weight loss supplement.

What Does The Research Suggest and How Valid Are The Product Claims?

Progenex cites an animal model study where researchers found that dihydrocapsiate supplementation in mice resulted in a higher rate of fat oxidation during a 30-minute forced swim test [7]. Higher rates of fat oxidation were indicated by lower respiratory exchange ratios which implies that fatty acids were the preferred substrate for aerobic metabolism. Researchers also found higher serum levels of fatty acids which suggests that dihydrocapsiate increased lipolysis, the breakdown of stored triglycerides into free fatty acids. Animal model studies are certainly important in scientific research but extrapolating data collected on rodents performing steady-state aerobic exercise doesn’t directly translate to humans performing high-intensity interval exercise (i.e. CrossFit athletes). I found some research studies on humans that Progenex doesn’t mention in their marketing and it appears that the current evidence suggests that the effect of dihydrocapsiate supplementation on weight loss, energy expenditure, and fat oxidation in humans to be minimal, if at all.

A study published in the American Journal of Clinical Nutrition found that acute supplementation of dihydrocapsiate in human subjects had no measureable effect on resting metabolic rate (RMR). In other words, taking one dose of dihydrocapsiate had no short-term effect on the total number of calories burned during or after exercise. The same group of researchers found that after one month of dihydrocapsiate supplementation, there was a very small increase in RMR of about 50 calories a day [8]. That’s a pretty small thermogenic benefit especially when you consider the fact that this miniscule amount of calories is actually less than the normal day-to-day variance in RMR (which is approximately 100 calories/day) [9]. In addition, there’s 10 calories per serving in a dose of “Burn” so about 20% of the thermogenic increase is negated by the calories in the product itself. Furthermore, the researchers found that fat oxidation in human test subjects was unaffected by dihydrocapsiate which suggests that the increased fat oxidation observed in mice doesn’t carry over to humans.

Another double-blind, placebo-controlled study published in Nutrition & Metabolism found that overweight individuals on a reduced-calorie diet had the same rate of weight loss over a 4-week period regardless of whether they received a placebo, 3 mg, or 9 mg of dihydrocapsiate [10]. All three test groups lost weight as well as body fat, but there was no significant difference with or without dihydrocapsiate supplementation. Researchers concluded that any fat loss observed in test subjects was due to a reduction in caloric intake and not due to any thermogenic effect elicited by dihydrocapsiate.

The other major claim made regarding dihydrocapsiate is that it can increase work capacity during endurance exercise. This claim is based on a study where mice were forced to swim to exhaustion. Researchers defined exhaustion as “the failure to rise to the surface of the water to breathe within a 7-second period” [7]. The mice supplemented with dihydrocapsiate were able to swim longer (48.0 ± 2.7 min) than those in the control group (40.6 ± 1.6 min) before reaching the exhaustion criteria as defined by the researchers. This is a significant 20% improvement in endurance performance and certainly worth noting. In addition, researchers found that residual glycogen in the gastrocnemius muscle was higher, serum free fatty acid concentration was also higher, and lactic acid concentration was lower. This suggests that increased fatty acids serving as substrates for aerobic metabolism resulted in reduced use of glycogen stores. The lower lactate levels make sense as lactic acid is a byproduct of the anaerobic lactic system which breaks down glucose supplied by glycogen stores.

However, these findings have not yet been replicated in human studies. As I mentioned previously, the study published in the American Journal of Clinical Nutrition by Galgani et al. found that fat oxidation was not altered in humans supplemented with dihydrocapsiate [8]. This implies that we would not observe the same shift towards the aerobic energy system over the anaerobic lactic system in human exercise trials. In addition, if proven to work, this may not be as relevant for CrossFit athletes as this effect would be most beneficial for steady-state aerobic exercise like marathons, triathlons, cycling, and other similar types of endurance exercise where power output is relatively low and event duration is long. CrossFit athletes typically operate in a mixture of anaerobic and aerobic energy systems during training and an abundance of fatty acid substrates may not be as useful during activities where the phosphocreatine and glycolytic energy systems are predominant. That being said, more research needs to be done before we can make any definitive conclusions.

Based on the current research, it appears that dihydrocapsiate supplementation might marginally increase resting metabolic rate in humans, but the effect is extremely minimal and hasn’t been shown to result in a greater rate of fat loss. In terms of improving aerobic work capacity, the early research on mice seemed promising but initial research in humans doesn’t seem to suggest the same benefits. Dihydrocapsiate supplementation might be beneficial for steady-state endurance exercise but more research needs to be conducted. At this point, “Burn” might serve as a healthy guilt-free candy alternative but the peer-reviewed scientific research doesn’t suggest that there’s a significant health or performance benefit to be gained by dihydrocapsiate supplementation.

Also, if you’re interested in learning more about how to enhance your performance and optimize your recovery, check out my eBook on post-workout supplementation. Inside you’ll find a variety of recommended supplements, reference charts, meal timing suggestions, and goal-based guidelines. You’ll also get access to my private coaching group where I share the latest research, supplement reviews, protocols, and answer your questions.

Should You Be Taking BCAAs?

The Case Against NSAIDs

Our Top 3 Supplements For Joint Pain

Wow this was very informative, thank you! I don’t really use supplements, so this helped explain a few things for me.
http://taradawngerlitz.weebly.com/

Oddly, I read this article while listening to the Red Hot Chili Peppers.