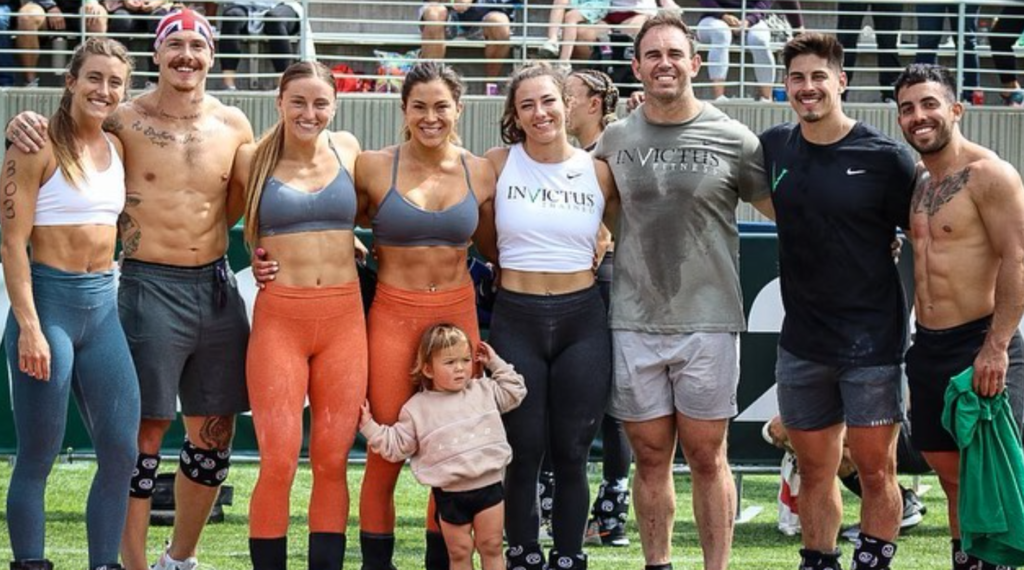 Many Successes for Invictus at Granite Games

We sent two teams – Team Invictus and Invictus Unconquerable – to the Granite Games Semi-Finals last weekend in Minnesota! Both teams competed well, and team Invictus clinched the top spot in the competition, earning themselves a place at the CrossFit Games in early August! Moving onto the Games with them is individual athlete, Dani Speegle. In addition to these Semi-Finals participants, we were represented well by three of our Masters Athletes in the “community” division.

Trip number 13 to the CrossFit Games is happening for Team Invictus! There were some excellent highlights with multiple event wins at the Granite Games last weekend, but the greatest thing about this group is their commitment to the team. Ego is left at the door and everyone is doing what is best for the group’s success. Whether it is a training schedule or workout strategy, these guys are willing to do whatever is best for the group. Execution was the highlight of the weekend as the four team members of Invictus showed that they’ve got the talent, grit, and fire to be extremely competitive. This crew has an excellent bond and their desire to make each other better was on display throughout the weekend. This team-first attitude and drive is what will propel them to new heights in the buildup to Madison. And that’s how they ended up winning the Granite Games. Check out their impressing showing – outright winning three workouts and never placing lower than 3rd. Team Invictus, we can not wait to watch you at the CrossFit Games this year!

What started out as four competitive people going Team “for fun”, quickly turned into some serious training sessions. Allie Weiss and Eric Carmody are veteran athletes and were joined by Emily Rethwill and Lalo Torres, new to semi-finals sized competition. Unconquerable battled hard all weekend and found themselves just 35 points out of a qualifying position. We couldn’t be happier with the way this team performed especially considering they began the season just wanting to make a team for fun. The fire is definitely lit for this crew and with another year of training under their belt we have no doubt they’ll be in contention for a top 5 finish next season.

Dani Speegle placed third overall, punching her ticket to the CrossFit Games with a 1st and two, 2nd place event finishes at Granite Games. She has been working hard after last season and we’re proud of her for making the Games again!

Three of our masters athletes represented us well in the “community” division of Granite Games. Armando Dominguez took 4th and Patrick Haverty took 6th in the Male 50-54 division while Marianne Flannery competed on AsRx Female Team, Fit and Forty AF.

All of our online programs include program design and a high level of contact with the Invictus Athlete coaches that includes coaching feedback, video review, moderated community of others on the same program, and more.

Designed for athletes who want to compete in the sport of fitness.

For people who are serious about training, love to push, and want to compete at the local level.

For athletes 35+ who are looking to compete at a higher level in the sport of CrossFit, or those who want to generally improve their athleticism and ability to keep up with the young kids in their CrossFit gym.

Nichole has been a CrossFitter since the beginning, taking 3rd in the inaugural CrossFit Games in 2007, she is a true ‘OG’ in the community. She joined the Invictus community shortly after we opened back in 2009, and has been an integral part of Invictus at the Games, being on Team Invictus from 2011-2014. With her uncanny ability to motivate diverse groups, and to implement healthy and productive changes, Nichole started working with the Invictus Masters in 2014. Since then, she has helped hundreds of Masters athletes qualify for not only the Age Group Qualifiers but also the CrossFit Games.

Holden began CrossFit in 2013 and found Invictus after the Open in 2014 when he began following the Competition Program. A trip to San Diego for an Athlete Camp, where he met the Invictus crew, was the beginning of his relationship with Invictus. This led him to an individual appearance in the 2015 West Regional, and subsequent trips to the CrossFit Games in 2016, 17, 18, and 19 as both an individual and on Team Invictus/InvictusX.
Once he retired from competition, it was a natural transition to begin coaching competitive athletes. This led him to his position on the Invictus Athlete coaching staff. As both a coach and athlete Holden has always believed that hard work is the backbone to success and this is something he preaches daily to his athletes. His greatest enjoyment as a coach is pushing people past what their perceived limits are and making them realize they are always capable of more. We’re only here for a short time, so why not squeeze out every ounce of potential that we have!

Hunter’s experience and extensive background in coaching, programming, and competing at the highest level gives him the tools to help athletes improve at all levels. He holds a number of CrossFit Certifications and has worked with several world-renowned coaches affiliates, and Games Athletes in the sport of CrossFit. Hunter uses his experience to create effective methods to build strength, while maintaining and perfecting technique. Hunter competed in the CrossFit Games in 2016 and 2017 with Teams Invictus and placed 2nd with Conjugate Black in 2014. Hunter loves to coach and compete, always challenging himself and his clients to be their absolute best.