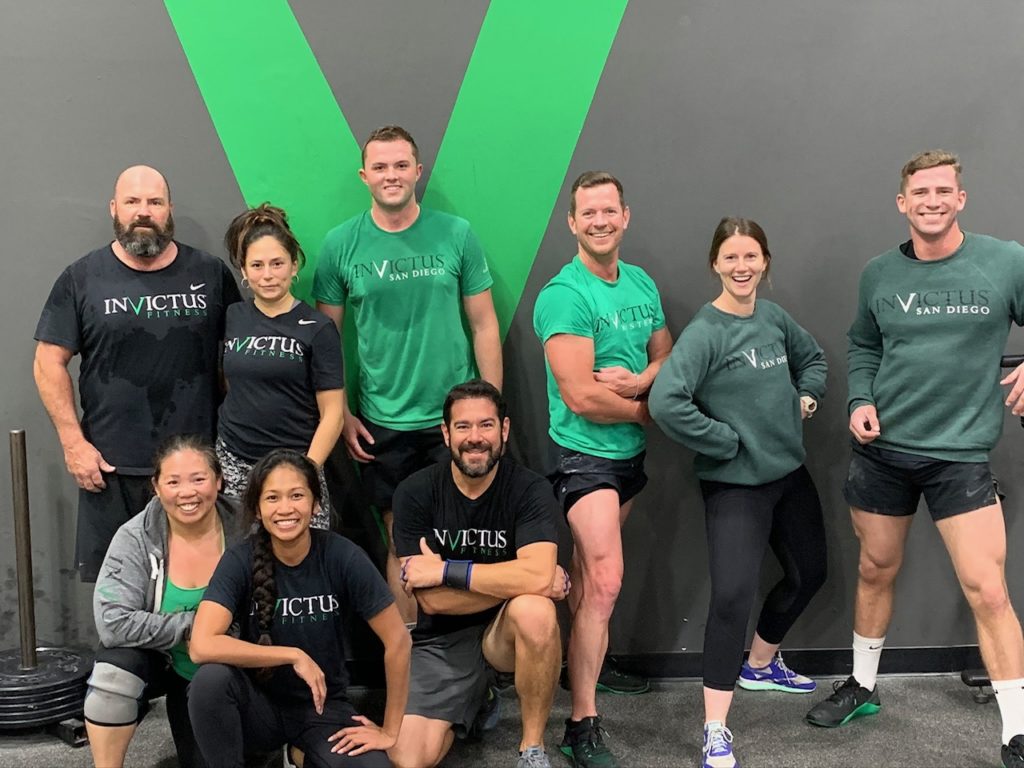 The Dark Side of Empowerment
Written by Invictus Member Jay Morrison

Beyond objective increases in physical strength and endurance, psychological motivations for fitness are multiple – but an extremely common one is empowerment. If you Google “empowerment and fitness” your search yields about 61,000,000 results.

In pursuing fitness we seek the experience of feeling powerful, not only in the gym but in our lives beyond. The thrill of a new one-rep max deadlift, the flow of a flawlessly executed snatch, or the breathless euphoria of dropping your Fran or Karen time just a few seconds, are all experiences that contribute to our feeling more confident, capable, and, overall, more powerful than before.

After such experiences we may catch ourselves strutting around the floor of the gym a bit. We pass hi-fives all around. Maybe there’s a bell we ring to signify the occasion. All of that is excellent.

The Dark Side of Empowerment

But be warned: empowerment has a dark side. In the famous words of the turn of the twentieth century British historian Lord Acton, “Power tends to corrupt, and absolute power corrupts absolutely.”

This does not only apply to positional power or authority, which is what usually comes to mind: the person who is the boss or manager at work, or the politician, or the military leader, anyone who has authority or power over others as a function of the role they occupy. This also applies to everyday feelings of empowerment that we all experience, even in a transient way.

Findings from experimental social psychology illustrate this powerfully. Using a technique called affective or emotional priming, experimental psychologists can induce feelings of empowerment in an experimental situation, under more carefully controlled conditions, to see how people behave differently when they are made to feel more or less powerful.

You are presented with a picture of a ladder. You are then told to imagine the most destitute people in society, the poor, the homeless, those with the least advantages. You are then asked to place an “x” on the rung of the ladder that represents your social position.

Or: you are asked to imagine the most affluent and privileged people in society, the upper-out-of-sight class who enjoy private entrances and personal jets, and then you are asked to place an “x” on the rung of the ladder representing where you stand.

Here’s the amazing part: this very simple exercise results in relatively significant differences in subsequent behavior. Those who were given this ladder task were then presented with a series of photographs of facial features – specifically people’s eyes – and asked to match the eyes with the emotion they expressed. And guess what? People who had just been made to feel more powerful were significantly worse at this than those that were made to feel less powerful. Incredible.

It’s as if the part of our brain that allows us to recognize feelings in others, and to therefore have empathy, is turned off, or at least turned down, by feelings of power. And this is just the feelings of power that were induced in an experiment by asking someone to imagine those less well-off in society. All things considered, that doesn’t seem like it would be a very powerful cue. But there it is.

Power and the Perspective of Others

Another amazing one: you’re asked to imagine a time in your life in which you were in control of someone, another affective priming technique for power, or, you are asked to imagine a time when you were controlled by someone else, a priming technique for feelings of disempowerment. And then you are asked to complete the simple physical task of drawing the letter “E” on your forehead so that it appears correctly to someone facing you. This means that you have to physically imagine the perspective of someone else, looking at you.

And guess what again? Those who have been primed for feelings of empowerment are worse at this too. Feeling more powerful, it’s as if they functionally lose their ability to imagine another’s perspective, or that ability is at least diminished.

Examples of this sort in experimental social psychology abound – for further reading about these experiments as well as others, The Power Paradox: How We Gain and Lose Influence by University of California – Berkeley psychologist Dacher Keltner, where these examples come from, is a good read.

So keep in mind: confidence and power are important and valuable in innumerable ways – there is no disputing that. Seek confidence and power. Lift heavy. Run hard. Throw-down your shirt and wail at the ceiling when you crush that PR. It will improve your life, at the gym, at work, and in your relationships.

But also remember that there is a lot of good evidence out there that feelings of empowerment can be a type of brain damage. Your capacity for empathy might actually be impaired. Your ability to focus on others and understand them compromised. Give yourself a reminder to stay humble, considerate, and generous. A mental note to use your mental and physical strength to develop those around you. After all, in the end, these are the behaviors that truly build and sustain empowerment.

Thank you so much for this. I was into this issue and tired to tinker around to check if its possible but couldnt get it done. Now that i have https://ometv.onl
https://chatroulette.onl https://chatavenue.vip seen the way you did it, thanks guys
with
regards

Jay, thank you for this article. Intriguing, captivating, and well written. A great reminder to stay humble, even when things are going well. It seems like an evolutionary-based system, brain wiring, etc. that facilitates the inverse relationship between empathy and personal power. Perhaps it’s there for a reason. Those who are chosen as leaders and who also feel powerful must make decisions that affect the entire group and cannot get bogged down with feelings of empathy because it could cause a paralysis by analysis, hindering the survival of the entire group in dire circumstances. I cannot imagine being a national… Read more »