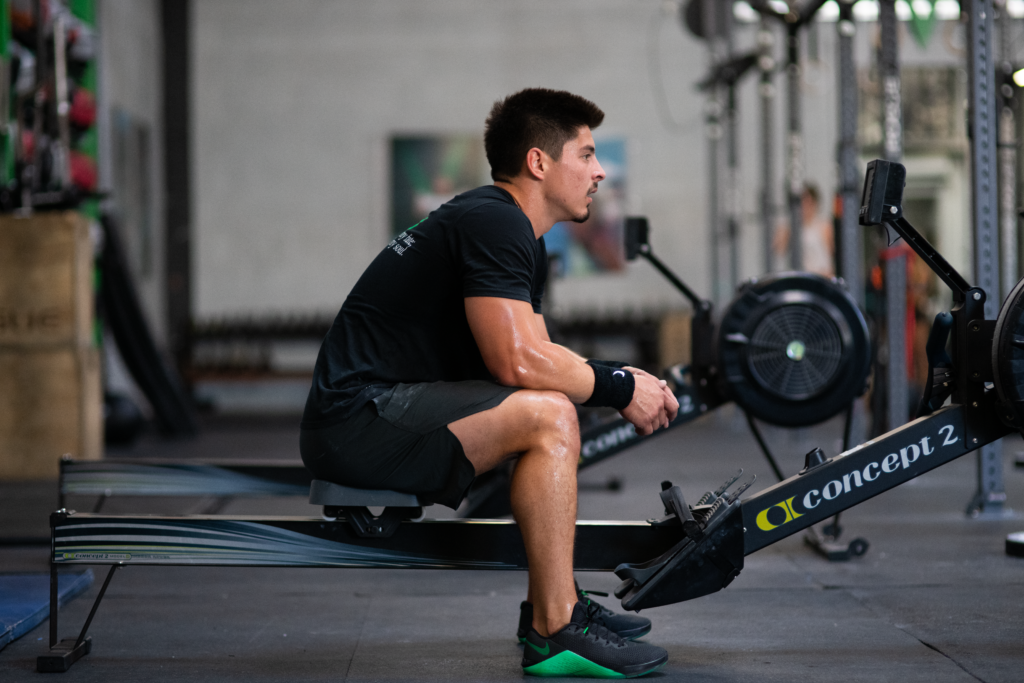 The Four Stages of Learning
Written by Calvin Sun

When learning how to learn a new skill, there are four basic stages:

Being aware of what stage you are in allows you to seek the proper coaching and internalize information in a way that will help you advance to the next stage of development and ultimately allow you to attain mastery of a skill.

A skilled coach is able to quickly identify where you stand as an athlete and knows exactly how to progress you to the next level.

Here are some criteria that distinguish “unconscious incompetence”:

For example, the basic squat is taught to beginners because it is a cornerstone movement and many more complex exercises build upon this one movement. It is the coach’s job to educate the novice athlete on why this movement is important to learn as well as show them where they are currently deficient. Stage 1 is not limited to novice athletes. Athletes who are considered “advanced” will likely start at Stage 1 with a new skill but quickly move to Stage 2.

Stage 2 is where the athlete begins to really learn the skill that is being taught. Some criteria that distinguish stage 2:

Stage 2 is where reality sets in for the athlete. An athlete who once thought of himself as very strong and athletic is now humbled by a simple handstand. Or perhaps, someone who thought of herself as flexible now realizes that she struggles to perform a proper overhead squat due to poor mobility.

Progression to stage 3, “conscious competence”, usually occurs fairly quickly if the athlete is working with a skilled coach. Factors that may slow the progression include injury, lack of mobility, and lack of strength. The transition from Stage 2 to Stage 3 is obvious as the athlete will be able to perform the skill on command.

Stage 3 comprises the majority of an athlete’s training time in the pursuit of skill development. At this stage, the athlete can reliably perform the skill, but requires a great deal focus and concentration in order to perform. Here are some criteria for Stage 3:

For example, Olympic weightlifting is a common skill set where you will find that most athletes spend a great deal of time in the “conscious competence” stage. It takes years and years of focused practice to develop an instinctual ability to perform these lifts.

Frequent, deliberate practice is the most effective way to move from stage 3 to stage 4. Athletes who struggle to move to “unconscious competence” might be practicing the skill inconsistently or, in some cases, might need a new coach with a higher level of teaching ability to help them fine tune the skill and increase their understanding.

Stage 4 is where the athlete has practiced and drilled the skill so much that it has now become “second nature”. There is little to no concentration required to perform the skill. For most adults, driving a car is a skill that is an example of Stage 4. Here are some distinguishing criteria:

“Unconscious competence” is the final stage of learning, though it can be a highly perishable stage depending on the type of skill that is being discussed. Another issue at Stage 4 is that the athlete can become somewhat complacent in their abilities. As new standards arise, the athlete and coach may need to revisit certain skills and determine if there might need to be some work done in order to improve the skill to meet new standards.

For CrossFit athletes, there can be dozens of skills to maintain in order to be an effective competitor.

A good coach will structure a program that progresses an athlete to “unconscious competence” in most skills without compromising other relevant skills and abilities.

For example, a coach should not focus their athlete’s training on improving Olympic weightlifting to the point where gymnastic skills, such as pull-ups and muscle-ups, are sacrificed and regress to a lower stage.

Just remember, the development of any skill set requires good coaching and lots of practice.

What 50 Pounds of Pottery Can Teach Us About Success

This will be a motivating speech for young people looking for truth. You shouldn’t be afraid to look for answers and solutions to problems. I was recently looking for a remote essay writing option because I could not physically write the entrance exam. You don’t have to look for excuses and count the minutes to rest. You must teach and seek knowledge through mistakes and closed doors.

Beautiful article Calvin!
I took this blog as a self reflection execise instead. Figuring the stage I’m currently placed in, by conscious examination of my acquired skill, I finally placed value on them. I found this rather helpful in acquiring a ‘desired’ skill sets, not limited, and more incentive

Excellent insight and using this insight to increase my skillbase, but keeping diary to reflect on signposts of increased learning