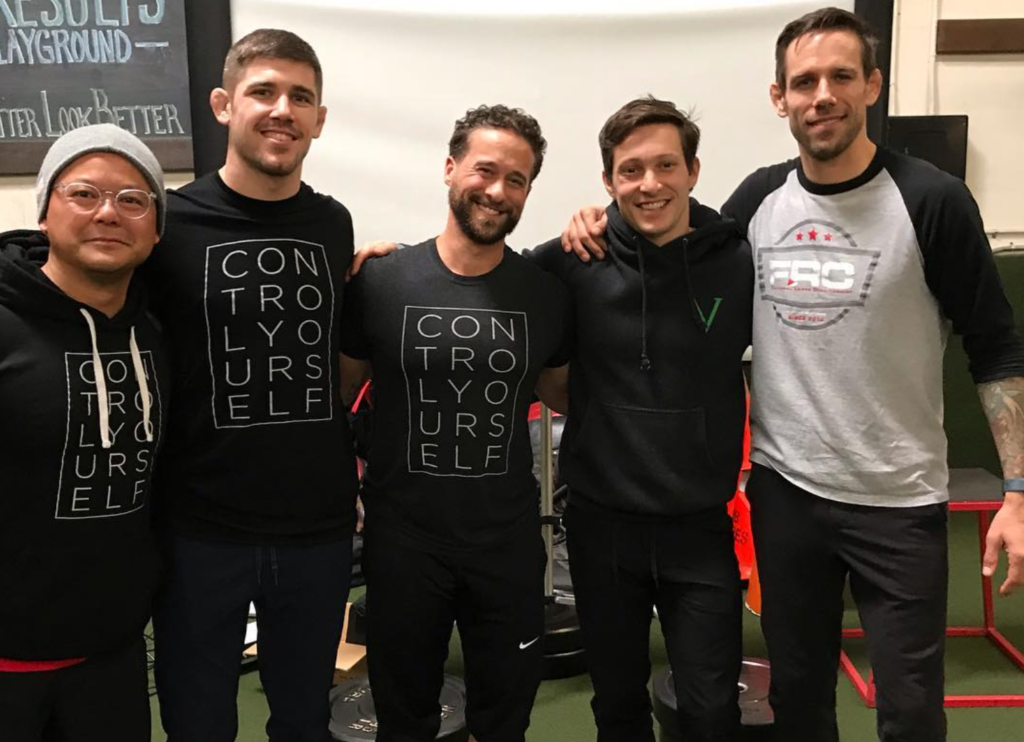 Poison or Medicine? The difference is DOSE
Written by TJ O’Brien

So I’m addicted to Brazilian Jiu Jitsu now, just in case you didn’t hear me yelling it from the rooftops. I know I’m addicted because I’ve felt this way before…about CrossFit.

And you might be thinking, “Do you even CrossFit anymore, bro?”

And you’d be right to wonder, because you’d be more likely to catch me going on a slow-and-steady nasal jog, feelin’ myself at hip hop cardio, or training hard alongside the 7am Muscle class, than you would hitting 22.3.

Over the past few years, I’ve adjusted my dose of CrossFit (which for these purposes we can just broadly define as high intensity, constantly varied, compound exercise) from “go to what will kill me, and then bring it down a few notches,” to the “minimum effective dose”.

After my first BJJ session, I was the most sore I’d been in a while, but it was a different feeling. I was drained physically, mentally, and I could feel it in my bones. By bones I mean my joints…It was this guttural, exhausted feeling, hard to describe. Even my gums were more sensitive the morning after training.

With that sort of effect on my body, I knew I’d have to be careful with the DOSE.

Which brings us back to the subject line, and to my admission that I definitely tipped the training scales too much towards the “poison” side; I’m typing this without my left forefinger, which is sorta fat right now after holding on way too tight to my opponent’s gi.

But here’s the cool thing, or at least this is the thought that sparked me writing this message to you on a weekend morning because I just had to get it out of my head:

Most of injury rehab is doing what hurt you, just to a lesser degree.

That, plus adding in a bunch of the complementary movement to the injurious one in order to strengthen the surrounding area.

Using What Injured You as Injury Rehab

For example, I hurt my finger by overtaxing the tendons and ligaments as I flexed my fingers as tightly as I could to control my opponent’s arm. After one session it was a little sore, I went back the next day, it was worse, I went back yesterday, and I can no longer bend it. Load has exceeded capacity.

So to fix it, I’ll be flexing my finger, just not as tightly as possible. And the complementary movement? Extending (straightening) my finger to work the other side of the joint.

To tip back the lever, I’ll be building that capacity back up. Resting will be part of the equation (sadly). But rest will only get me back to my baseline, so as I rehab, I’ll not just stop strengthening once I feel better, I’ll continue to work until I improve my capacity enough to withstand beyond the original injurious stimulus.

The point is, if you’re currently injured or feeling like a particular joint or area is feeling a little overtaxed, consider not only how you’ll rest or how you’ll work around it in the gym, but how will you REHAB it?

And the sooner you can figure out HOW you can adjust the dials of your training, the number milligrams of good ole CrossFit you ingest each week, the sooner you’ll recover, the better you’ll feel, and the more training days you’ll ultimately be able to withstand.

What’s Your Approach to Injury Rehab?

SO, When you get injured, what’s your approach? Do you come back to the gym right away? Wait until you’re 100%? Have you ever come to the same realization that the best rehab is just doing what injured you, only less of it?

Let me know if any of these ideas resonated with you!