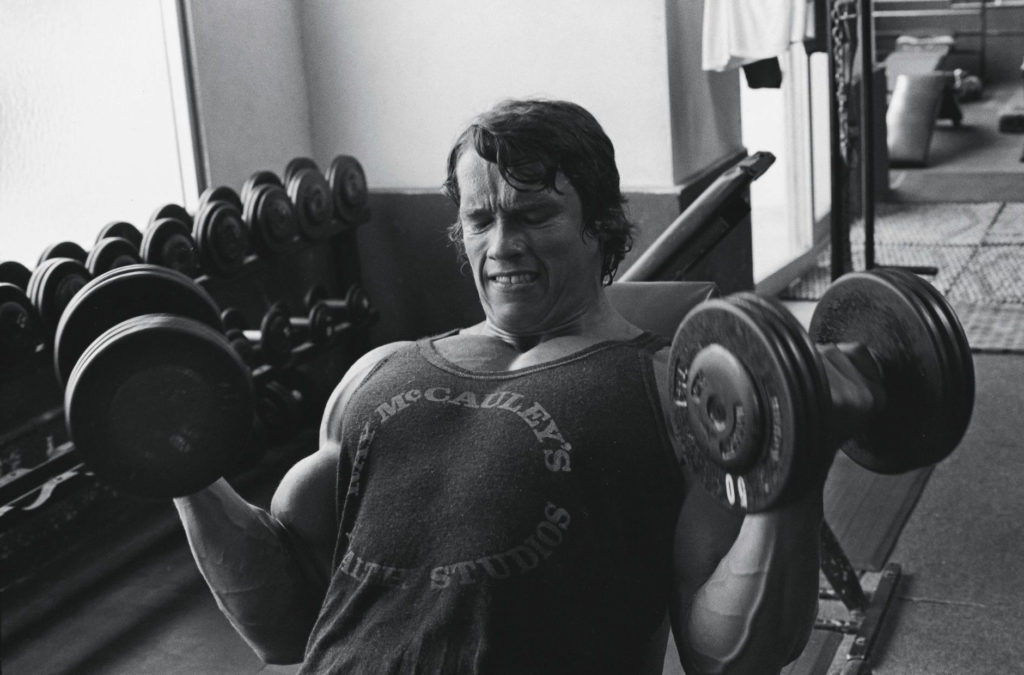 The Lost Art of Isolation
Written by Holden Rethwill

CrossFit vs. Bodybuilding…the debate never ends as to which one is better. Traditional “CrossFitters” and their constantly varied functional movements performed at high intensity would never dare do a bicep curl, while traditional “bodybuilders” and their desire to chase the pump tend to stray away from movements deemed for “functional fitness.” But why can’t the two co-mingle? Why can’t we all just be friends?

Seeing as we are predominantly a functional fitness facility at Invictus, I will be focusing on this side of the fitness debate, but keep in mind this approach can be easily adapted by those who classify themselves under bodybuilding, or even powerlifting, categories.

So why should CrossFitters abandon the negative stigma they associate with isolation and traditional bodybuilding movements?

The Mind-Muscle Connection of Isolation Exercises

In my opinion the greatest benefit – especially for CrossFitters – that can be found when performing isolation movements, is the mind-muscle connection you are creating. By focusing on isolating a particular muscle, you are teaching yourself what it feels like to contract that specific muscle. Once you’ve taught yourself what that contraction is supposed to feel like, you can much more easily translate that over to compound movements.

Take for example deadlifting. Deadlifting is a compound movement, it involves pretty much your entire body. But in order to properly deadlift we must actively engage our hamstrings and glutes. If we don’t have the mind-muscle connection appropriate for firing our hamstrings, then we’re in trouble. This is where an isolation movement such as a banded hamstring curl can come into play. Not only can it strengthen your hamstrings, it can trigger that connection between your mind and the muscle in order to allow you to properly engage them during a compound movement. It’s really quite simple…the stronger your hamstrings are, and the better you can fire them, the stronger and safer any pulling will be!

By performing isolation movements, you are doing just that, isolating specific muscle groups! Have you ever done this and realized that, let’s say for example during a bicep curl, one arm gets fatigued or “pumped” way faster than the other? Looks like you’ve found an imbalance. Whether that muscle is weaker than the other from a pure strength standpoint, or from a daily use standpoint is a whole post for another day, but what you’ve found is that you have an imbalance between your two arms.

Sticking with the biceps for now, this can come into play when doing movements such as the kipping or butterfly pull-up. While yes, it is supposed to be a predominantly lat driven movement, you’d be foolish to not recognize the use of biceps while performing these higher skilled gymnastics movements. But the biceps are just one example in a plethora of potential imbalances your body may have.

My hope is that you can take this new knowledge of specific imbalances and use isolation training to strengthen a weaker muscle so that it holds its own during a compound movement!

Whether it’s a small injury or one that requires surgery to fix, we’ve all been there. Alongside injury can come frustration and anxiety when thinking about all the progress you may have made being taken away due to an inability to train. Here’s where isolation can play a role!

By isolating specific muscle groups, in this case the injured area, you are able to put full focus and concentration on said area. Specifically targeting that injury and restrengthening it in through proper range of motion can help to combat common post-injury problems like atrophy or extended recovery times.

Physical Therapists routinely use isolation exercises as a means for regenerating strength in a muscle that had been previously injured. If they think isolation movements can help shorten recovery time, why shouldn’t we?

Long story short, isolating an injured muscle can help to rebuild its strength and endurance. This, in turn, can have you back to performing compound movements in a shorter amount of time.

Until then, hopefully this has convinced all you functional fitness fanatics to start incorporating some isolation movements into your training! Of course the list can go on and on for isolation exercises. What do you like to use in your training? Check out our YouTube channel for ideas.