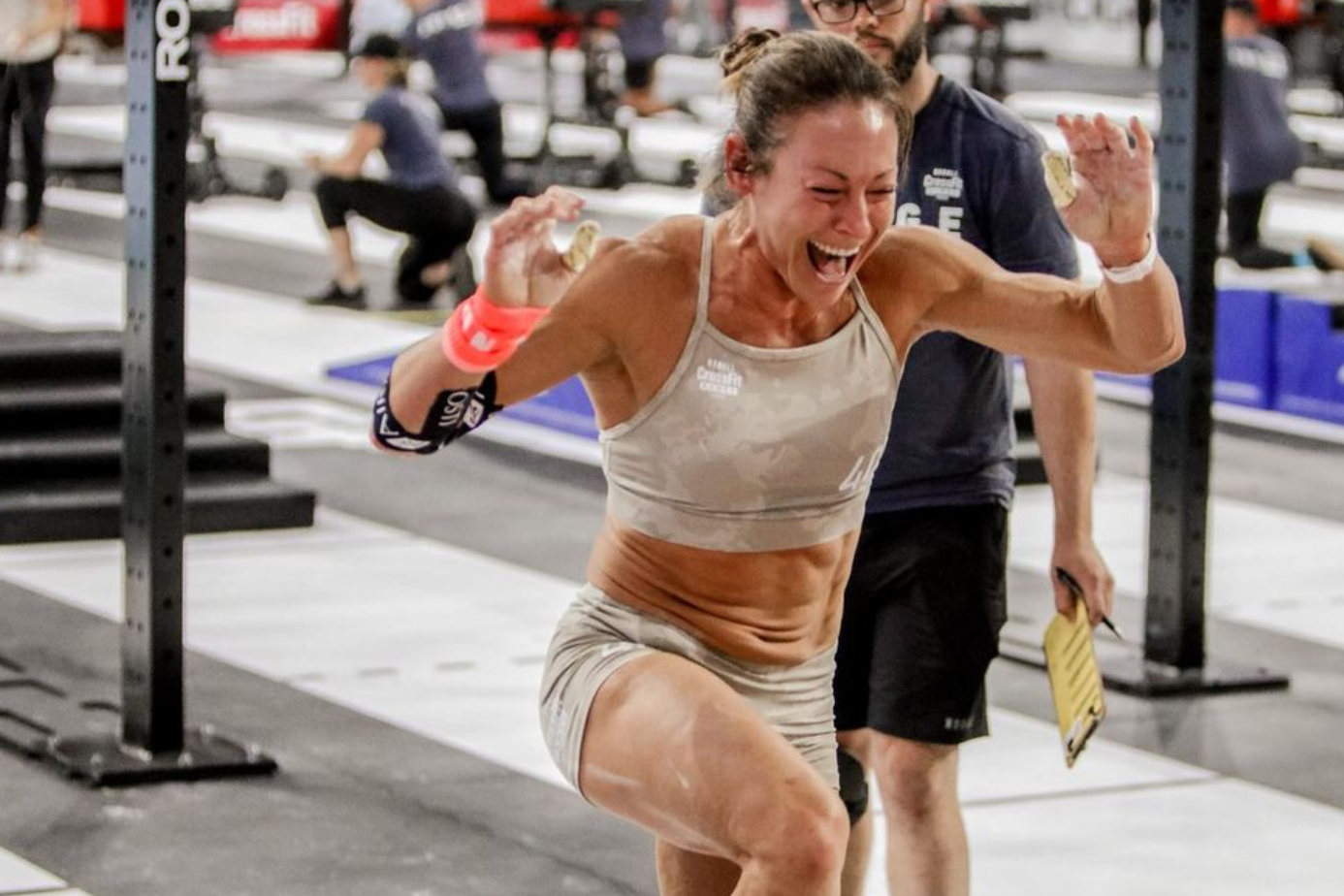 Congratulations to all of our Masters athletes – and their amazing coach Nichole Kribs – who represented what it means to be “Invictus” at the 2022 CrossFit Games last weekend in Madison, Wisconsin! These athletes have been following the Invictus Masters Program and working hard on it since the season began last year.

This year, Invictus had 9 Masters Athletes compete on the world’s greatest stage. Unfortunately, two of our athletes had to withdraw mid-competition due to injury, thus ending their season runs and podium dreams. Then there were 7. And of that 7, ALL of them put everything they had on the floor. We couldn’t be more proud of their effort, character, and mindset. And of those 7 athletes, 3 placed in the top 3 or better and stood on the podium at the end of the weekend.

Jenn F’n Ryan (JFR) does it again! Jenn absolutely crushed the weekend with THREE event wins, two 3rd place finishes, and 2nd on the “Final Sprint” workout, securing her final podium and LEGEND position one spot above Games great, Becca Voigt. Let’s take a closer look at the three, dominating event wins that helped propel her to a podium finish.

In this event, Jenn finished with a time of 5:28, a FULL MINUTE in front of the 2nd place finisher!

Although many athletes struggled with the parallel bars, JFR did not. Her time on this event was 7:10 and she won it handily by 13 seconds.

Another large victory for Jenn on this one as she finished 15 seconds in front of her nearest competitor. 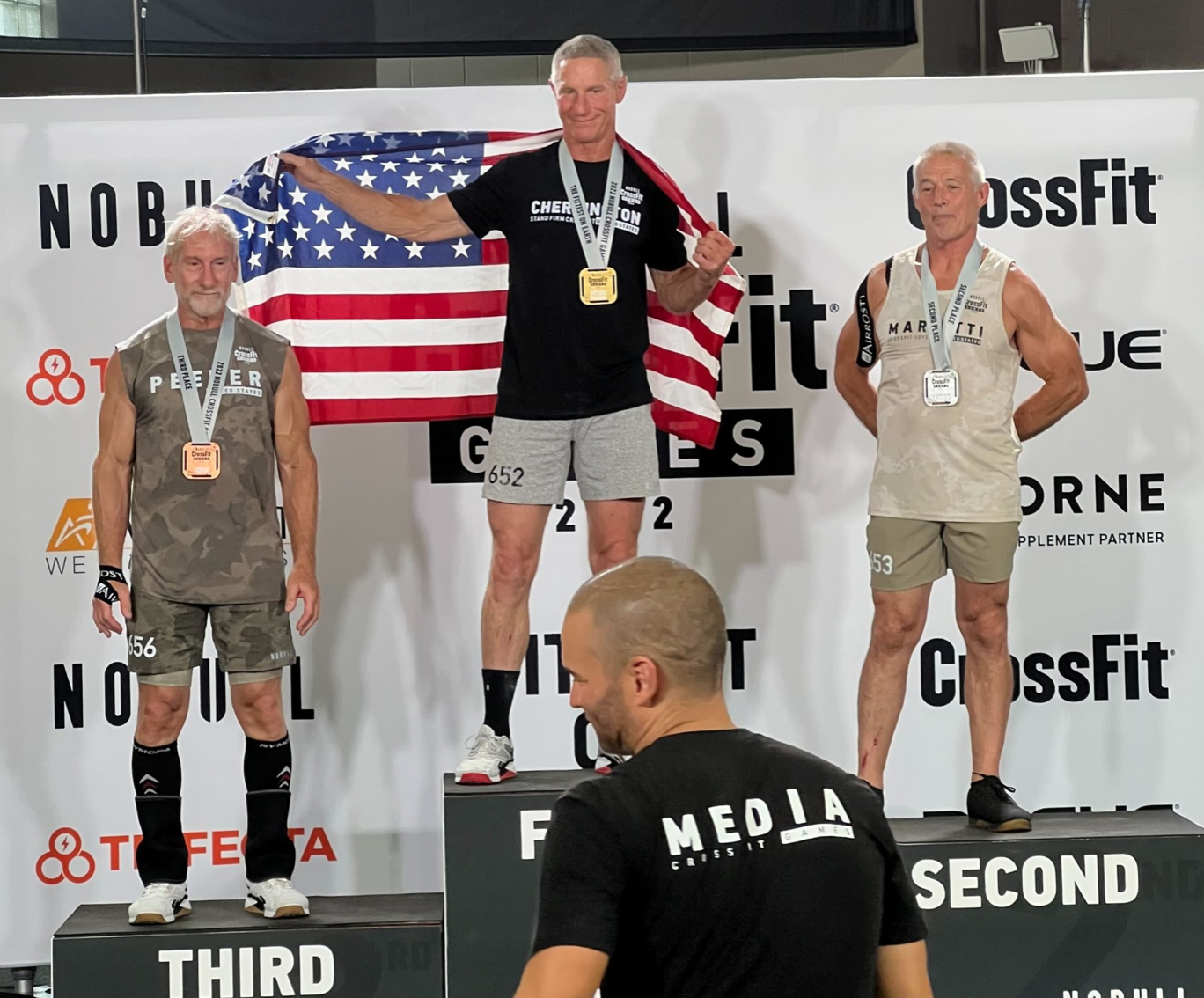 Going into Sunday, John had to do really well to ensure a podium finish. He knew his strengths and crushed the first workout when he won Rinse & Repeat with a score of 108 calories on the Ski Erg. His next closest competitor scored 74. With that victory plus a couple of 3rd place finishes on Parallel Elizabeth and Mixed Mode Madness, he ensured he finished in the position he’d held onto throughout the weekend. 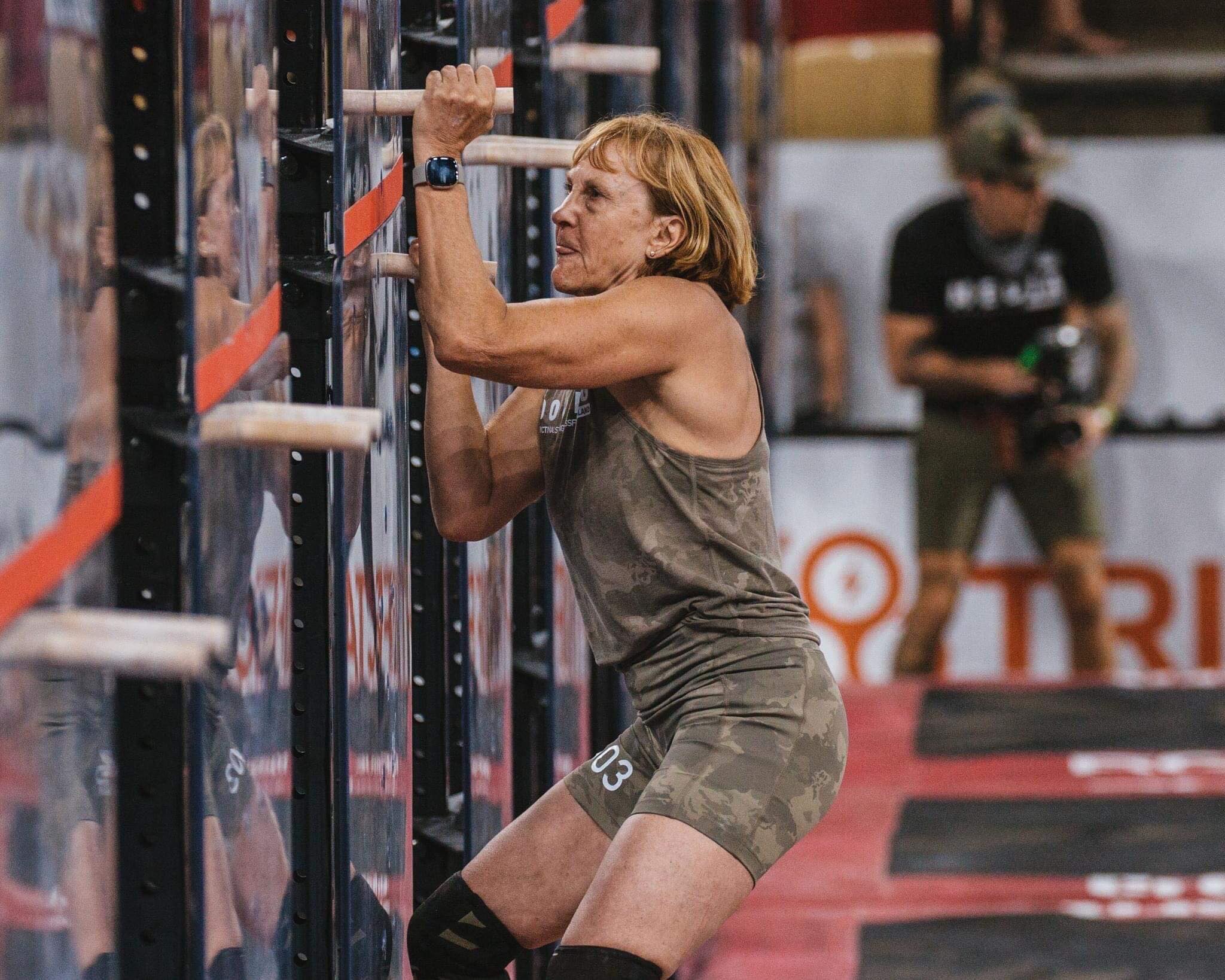 Debbie started off the weekend with an event win in Three Ways down and held on strong the rest of the weekend. In the final four workouts, she placed 3rd, 3rd, 2nd and 4th to secure herself a place on the podium. Debbie’s mental resilience and toughest is exceptional. She started Saturday morning in 7th place but executed perfectly to put herself in 3rd place by the end of the weekend.

Sam is no stranger to the big stage. Over the past decade, he has shown people he is here to compete. After his first podium finish on a team 8 years ago, followed up two years qualifying as an individual, then returning for another podium finish for Team Invictus, Sam was not showing signs of slowing down. This year is something new, with Sam made his way into the Masters category, and we are excited to watch him kill it all season. But in a crushing blow to what should have been a legendary Games finish for the notoriously strong athlete, Sam was forced to withdraw from this year’s Games after Event 2 due to bicep tear.

Sam was a guest on the Invictus Mindset Podcast to discuss all things health, fitness, performance, lifestyle, adventure, and love. He shares some of his unique training methods and strategies used to become one of the strongest athletes the sport of CrossFit has ever seen. Learn more about his training philosophies, the conjugate method, and unique breathing techniques to enhance oxygen carrying capacity, and much more. Take a listen!

Mallory hasn’t been in a big competition since 2018 and didn’t expect to even be here. She already exceeded her goal to qualify for Games so she made it her priority to be present and really enjoy every moment of being one of the top ten in the world.

If you’ve followed Invictus for the past seven years, you’ve heard the name Jenn Ryan. The team superstar turned individual Masters athlete is five feet and two inches of pure power, strength, and heart. At forty-something years young, what we’ve seen so far from her performances on the competition floor is just the start of what will surely be a career that will go down in history when it comes to Masters athletes. Read more…

Karen is a co-owner of CrossFit Viento in Hood River, Oregon. She is a former ski racing coach and has been a windsurfer for 20 years. She has qualified for the CrossFit Games every year since 2015 so this was year 7 of her competing! The athlete she admires most is Sam Briggs because she has shown such dedication to the sport, love her spirit to compete and admire her massive engine!

Cheryl has been competing in CrossFit since 2010, with the first several years competing in the Individual Elite division from 2010-2014 and Games appearances in 2010, 2011, and 2012, finishing 13th, 7th and 15th in the world respectively. Cheryl began training with Invictus in early 2012 under C.J. Martin and then transitioned to the Invictus Masters program in 2014.

This was Cherianne’s 2nd year at Games but despite having to withdraw due to heat stroke, she still had a sense of humor and is excited to get back to training after a speedy recovery. Learn more about how Cherianne’s journey to Games…

Eirik is the father of twin boys, aged 12 and has been doing CrossFit since 2011, with his first Games appearance in 2017. He has competed quite extensively throughout Europe since 2013 and loves it! For the last 5 years, his goal has been to return to the Games. He is extremely happy to have qualified as number four and came to give it his all at Games.

This was Debbie’s 6th* CrossFit Games. She also qualified on a Team in 2010 but was unable to make the trip. She started CrossFit in 2009 and with a background in Judo, long distance running and a bit of rowing, these skills transferred nicely to CrossFit and made her a well-rounded athlete in the sport. She’s been following the Invictus Masters program for about 6 years and credits this as the reason she qualified for Games. She loves the variety of the programing and the volume is just right. This was her 4th Games in Madison and first in the 60-64 age group.

John was not training for the Games this year…He was just doing the Master’s programming 5 days a week, taking vacations, and wasn’t really dialed in on nutrition or anything else. In December, Coach Nichole started throwing some Zone 2 training into the program which was a game changer for John, making everything easier and faster. The Open came around and John won the first WOD, tied for 1st on the second, and was 6th on the last one. He won the Open! This is John’s 4th trip to the CrossFit Games as the #3 qualifier. His training concept is simple…He doesn’t train for the Games. He trains for health and longevity. The contest is a bonus! Read about John’s season and how he’d never intended to be here…

Nichole Kribs started coaching and competing with Invictus in 2009, making CrossFit Games appearances on Team Invictus for 4 years. Prior to joining Invictus she placed 3rd at the inaugural CrossFit Games as a 21-year-old. She went on to create and develop the Invictus Masters program in 2014, the first and one of the few of its kind in the CrossFit world. She’s been able to take many athletes to the Games while having numerous podium finishers. But, even though that is a huge accomplishment, her satisfaction truly comes from seeing each athlete reach goals on a regular basis (big or small) and sharing those accomplishments with the Invictus community. 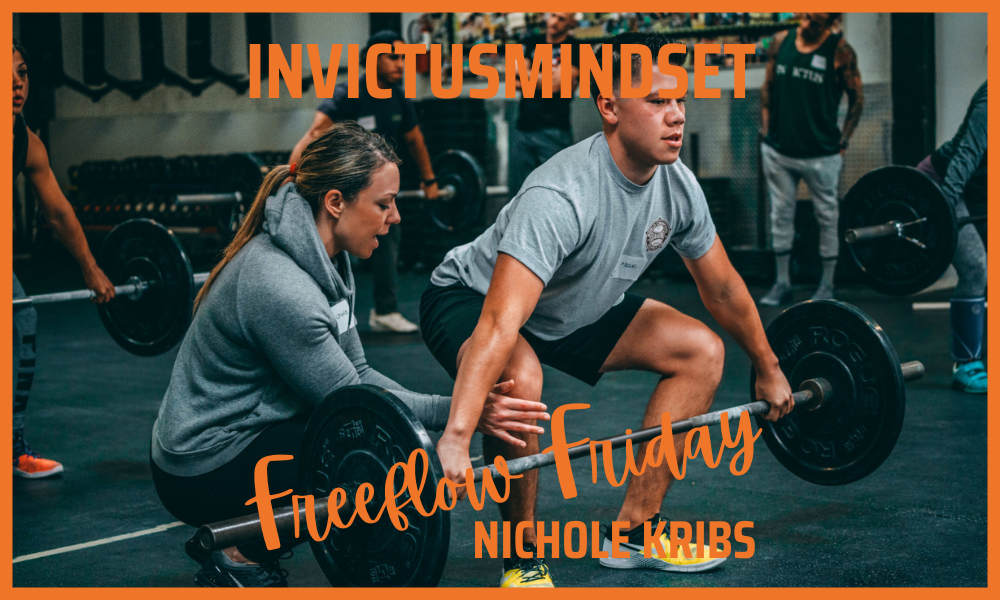 Are You 35+ and in Need of a Solid Training Program? The Invictus Masters program is built for you! If you want to continue to improve your fitness level, get stronger and more mobile, sign up now. This program offers a well thought out training program designed specifically for masters athletes who are looking to compete at a higher level in the sport of CrossFit, or those who want to generally improve their athleticism and ability to keep up with the young kids in their CrossFit gym. The program places year round emphasis on mobility and stability exercises, and movements that we have seen directly benefit master athletes.