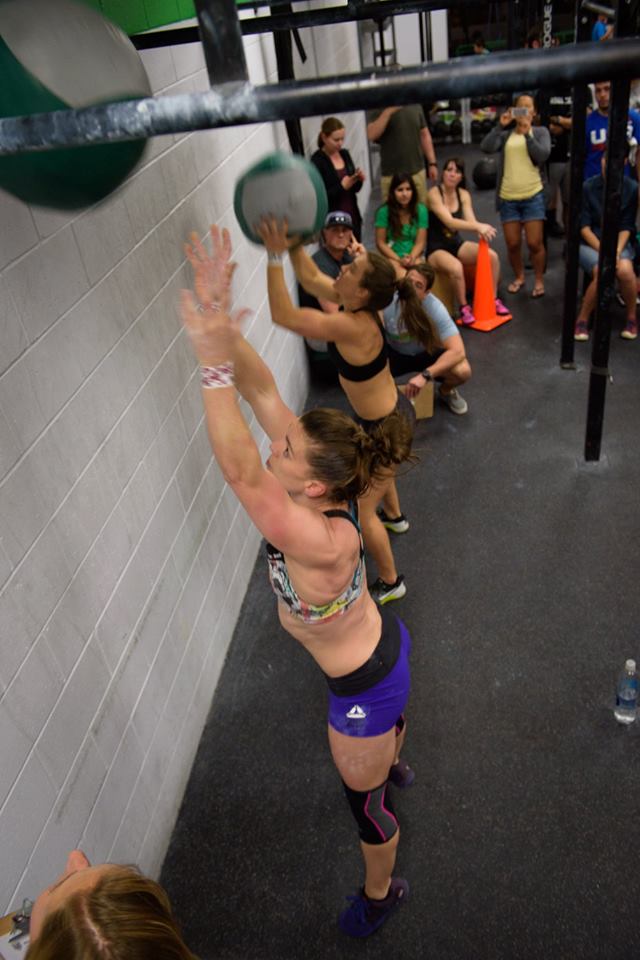 How You Count Matters
Written by Kim McLaughlin

Have you ever heard the phrase, “There’s more than one way to skin a cat”?

Take the workout ‘Karen’ for example. At first glance, 150 wall balls seems to be a very daunting task. If I know I can do sets of twenty unbroken pretty easily, I want to think about chunking my counting into sets of twenty to begin. In my head, I’ll count up to twenty and then up to twenty immediately following that first one. When I start to recognize that my body wants to take a break (after probably 40 wallballs or so), I’m going to try to think of breaking the sets of twenty in smaller chunks. Without putting the ball down, the sets of twenty will change to four sets of five or two sets of ten. Following this pattern, I should get to at least sixty wallballs without having to break. At that point, what’s another fifteen. If I can hit that, I’m halfway through the workout! The fact is, the more manageable the chunks are mentally, the easier they’ll be to perform them physically.

Small chunks are one way to break up the number of reps so you don’t have to panic when your brain reaches numbers like “78- 79- 80, etc.” Whatever we can do to trick our brain into thinking we only have a few more reps left can be amazingly beneficial. Even playing around with how we count the chunks can help. Try counting up 1-2-3-4-5 and then down 5-4-3-2-1. Boom! Ten reps down and you’ve never had to count past the number five.

Try out some different ways of counting in your next workout and see if it helps you break through what you thought were some of your personal limits. I guarantee that how you count matters. Mentally, this little thing can be the difference between attacking a workout and allowing that same workout to punch you in the face.

I generally always count down as psychologically for me that means it’s easier. Say a wod has 30 reps – you know that 30th rep will be the hardest. So start at the hardest point and work to 1 which would be the easiest if you started there!!! Sounds bonkers but totally works for me!!!

I am happy to have someone actually write this down!! I thought I was taking crazy pills!!