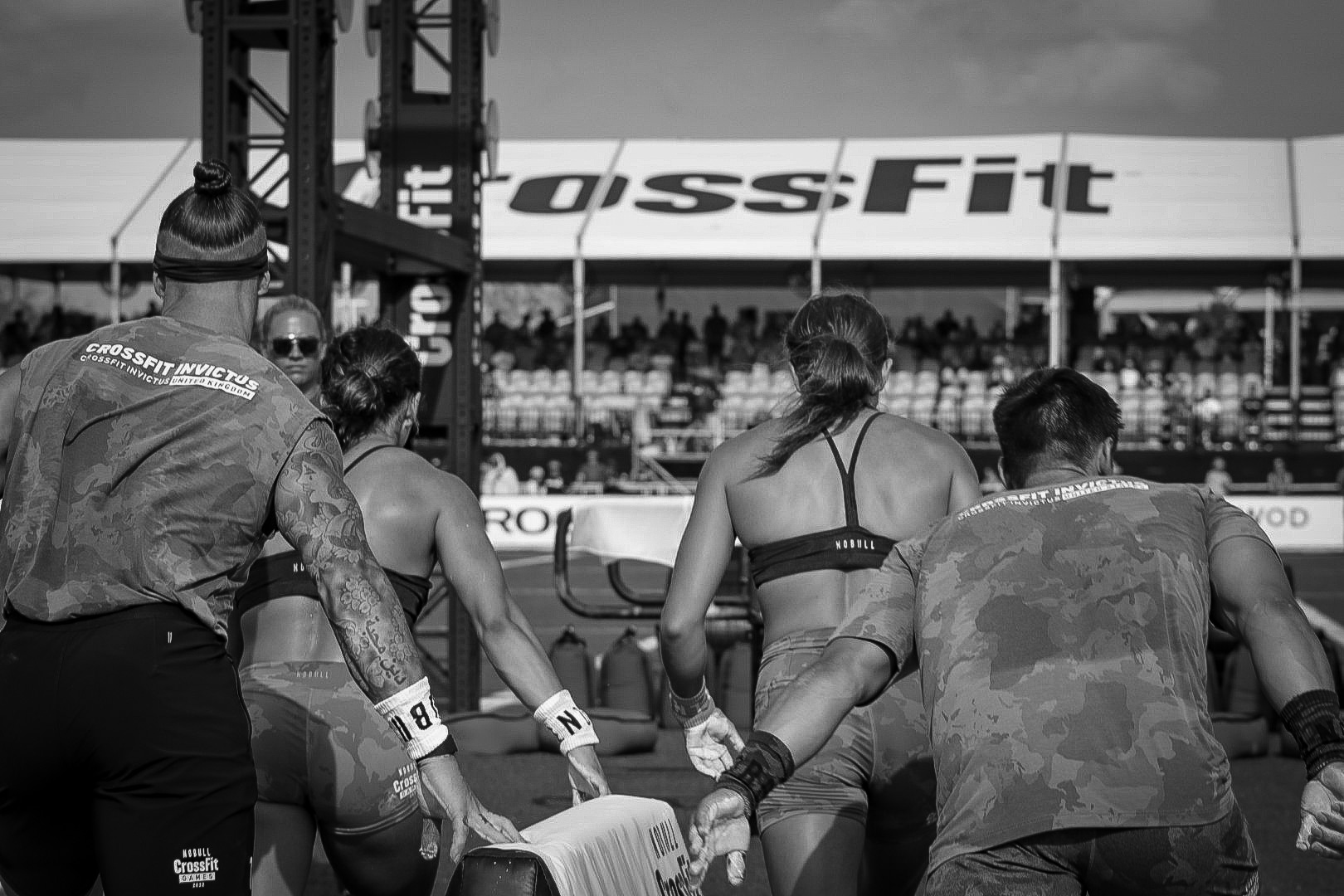 Team Invictus just completed trip number 13 to the CrossFit Games and took home an impressive 3rd place finish against the top teams in the world. Within the current rules of the sport, teams are allowed to recruit members from other gyms and parts of the globe as long as they move to the team gym location to train throughout the season. Although this is a tempting tactic to help ensure a podium position, it’s just not how Invictus rolls.

We have always been extremely proud of our Invictus Athlete development program and have had great success and joy in watching young, eager athletes join our community – oftentimes because they are just looking for a fun workout or competitive outlet – then come up through the ranks over multiple years of training for their goal to make Team Invictus and the CrossFit Games. The journey is long. It requires commitment. Everything must line up perfectly. And it’s so sweet when it all does and they shine on the world’s greatest stage. 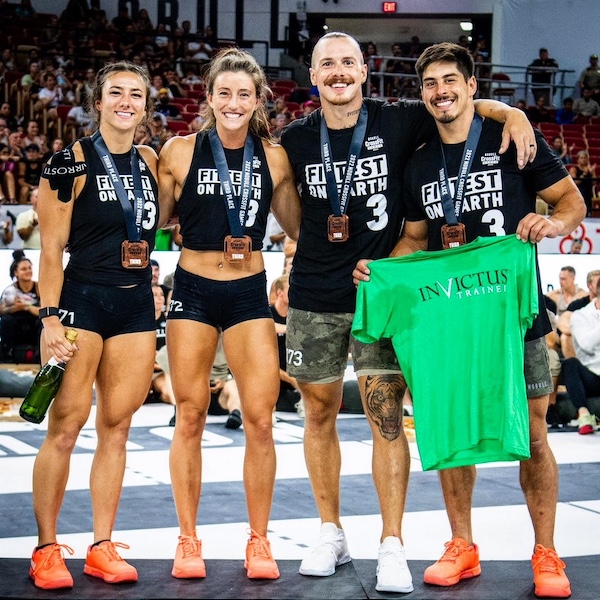 Becoming a member of Team Invictus is usually a multi-year process for the athletes who bear this honor. Here’s the journey each of this year’s team members took to be a part of this year’s 3rd Fittest Team in the World. 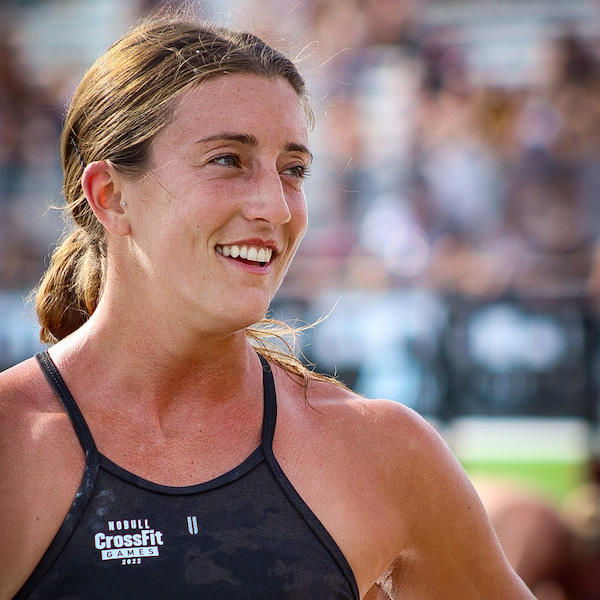 Brittany was introduced to CrossFit in 2013 as her 16 years of competitive gymnastics ended. Gymnastics was her whole life and all she had ever known; it wasn’t easy to find something to fill all the time she had on her hands. But she firmly believes that when one door closes, another one opens. 2014 is when her competitive CrossFit career started. Brittany went to Regionals on a team, followed by two individual appearances in 2016 and 2017.

She started with Invictus as an online client of Coach Tino Marini and moved out to San Diego after the 2017 season to coach and train at our San Diego locations. In 2021, she made her first appearance at the Games with Team Invictus and repeated her appearance again this year. She is beyond thankful for all the lessons learned, the hard work that gets put in daily, and all the coaches they have in their corner to improve them. 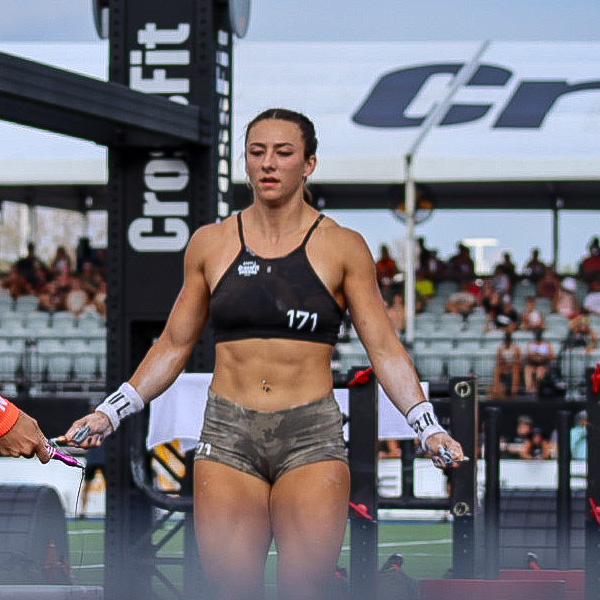 Devyn began CrossFitting in the CrossFit Kids Program in 2010, when she was eight. Eventually, her parents purchased a CrossFit gym (CrossFit By Overload), so she spent almost every night at the gym. When Devyn turned 14, she was able to compete in her very first CrossFit Games. From that moment on, she knew she loved to compete and enjoyed the camaraderie with the other athletes. Although the stress, discipline, and commitment can be challenging at times to manage, there never is a time that Devyn does not love it. CrossFit and competing have become part of her soul and who she is.

Devyn joined Invictus in 2018 and commuted over an hour each way to train. In 2020, she moved to San Diego to attend school, but primarily to be closer to her teammates and coaches at Invictus. Devyn believes that the better people you surround yourself with, the better person and athlete you will become. Along with being a full-time athlete, she is also a full-time student and is studying Kinesiology to become a Physical Therapist in Sports Medicine. Devyn works part-time at Texas Roadhouse to help her feel like a normal young adult. She has been fortunate enough to qualify and compete at the CrossFit Games all four years as a teenager from 2016 to 2019; she qualified on the Invictus Unconquerable team in 2021 and again on Team Invictus for 2022. She also was chosen to represent Team USA Weightlifting at Youth Worlds in 2018. 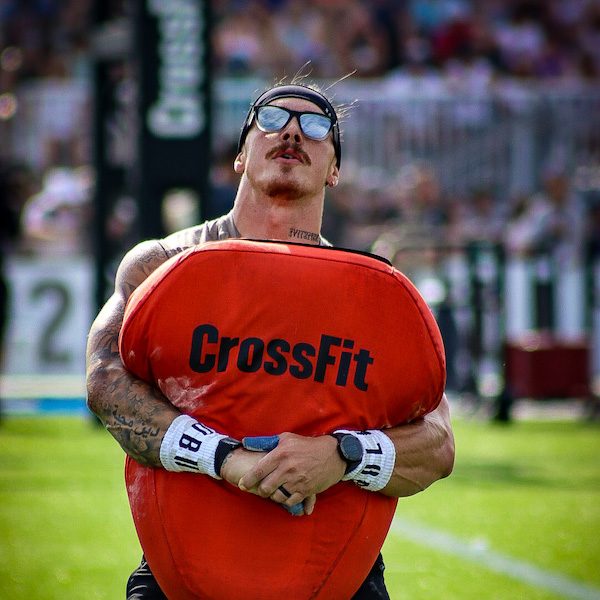 Joshua was born and raised in London but now resides in San Diego. When he was new to CrossFit, and after taking the time to learn the basics of both CrossFit and weightlifting, he set out with the goal of making it to the Games. However to do that he knew he had to find someone to guide him through the process and advance his training. Joshua’s first program he ever followed was CrossFit Invictus back in 2017, when he was coached online by Tino Marini. He is now one of the fittest men from the United Kingdom, claiming the title in 2021. Joshua has competed all over the globe, doing 9 CrossFit Sanctionals in one single year between 2019-2020. He placed top 30 in the world of the CrossFit Open in 2021 and has since had many other successes in the Quarterfinals and Semi-Finals. His move to San Diego at the beginning of the season brought us full circle to have him part of our local community and to represent the Invictus name at the 2022 CrossFit Games. Just before Games, Joshua was a guest on the Invictus Mindset Podcast. Listen to the episode… 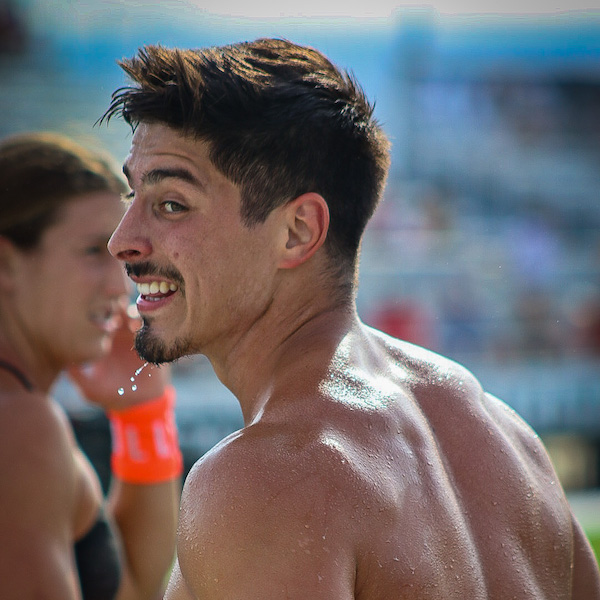 Jorge is from Del Rio, Texas. In 2016, he moved to San Diego to play division one baseball at SDSU. Jorge put his glove to rest three years later, but his competitive nature still stood. He searched for nearby “gyms” and stumbled across Invictus at the top of his search. Starting with a free week trial, he joined group classes, which then escalated to the “competitive” group classes. From then on, the rest is history! He showed up every single day, itching to get better and better. Last year he finally got the opportunity to join an Invictus team which made his CrossFit Games dream a reality. When he decided he wanted to compete, he talked to Coach Tino (the head Athlete coach at the time) and said he was willing to do whatever it took to make the Games. He then put him on the Athlete program. Three years later, 2 CrossFit Games appearances, and 1 podium finish!

These three were the masterminds behind the programming and coaching of the Invictus Games athletes this season. Nicole Kribs is the sole coach of the Invictus Masters Program and sent 9 athletes to Games this year, 3 of which finished on the podium! Hunter and Holden coach Team Invictus (and Invictus Unconquerable through Semi-Finals). All three have been athlete members on Team Invictus in prior years! 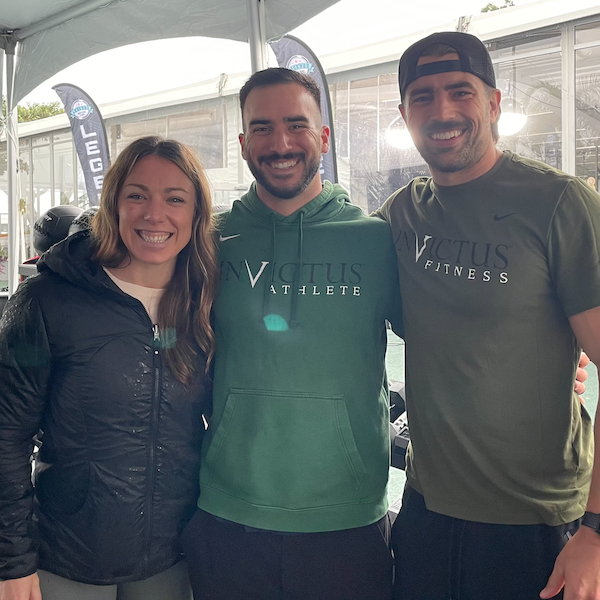 Prior to joining Invictus she placed 3rd at the inaugural CrossFit Games as a 21-year-old. At the 2009 CrossFit Games at “the Ranch” in Aromas, California, Mama Karen spotted Nichole, who was volunteering at the event, and recruited her to come work with us to help run a charter school physical education program we were contracted with. During that time, she also began training with future teammates, Michele Vieux and Sage Burgener during their “Women’s Power Hour”. Nichole didn’t play sports growing up and had never had experienced what it was like to work out exclusively with a group of strong women, in addition to having a legitimate program to follow. The positive training environment, solid progressions, and evolution over the years, what what kickstarted her development as one of Invictus’s all-time team greats, making CrossFit Games appearances on Team Invictus for 4 consecutive years.

In addition to training, Nichole coached full-time at Invictus Downtown and co-managed the gym, focusing on developing in-house programs for our local athletes and members. In 2014, she saw a need for Masters programming and online programming since there were now divisions at Games. The Invictus Masters Program was the first and one of the few of its kind in the CrossFit world at the time. We’ve been able to take many athletes to the Games while having numerous podium finishers. But, even though that is a huge accomplishment, her satisfaction as a coach truly comes from seeing each athlete reach goals on a regular basis (big or small) and sharing those accomplishments within our close-knit online community.

Hunter was familiar with the Invictus name from seeing them at the CrossFit Games. After meeting C.J. Martin in 2014 and having a great interaction, it left a good impression. A good enough impression that when it was the middle of winter in the midwest and Hunter was looking to defrost, he thought of Invictus, emailed C.J., and moved out West in February of 2015 to join the Invictus Athlete coaching team and work with athletes online from around the world. He is also the mastermind and creator behind the 8-Week Strength Program. Hunter competed in the CrossFit Games for Team Invictus in 2016 and 2017 and as an individual at the final Regionals in 2018. He programs for and coaches Team Invictus and Jenn Ryan at our San Diego location, and hundreds of athletes in our online Competition, Athlete, and 8-Week Strength programs.

Holden found Invictus after the Open in 2014, when he started following the Competition Program online. A trip to San Diego for an Athlete Camp was the beginning of his relationship with Invictus. Holden joined the Invictus coaching team first as an intern while he was an Invictus Athlete and quickly transitioned to a full fledged coaching position. For 5 years, he not only coached full-time, he also trained multiple times a day, pursuing his dream of competing at the CrossFit Games. He made it to Games in 2016, 17, 18, and 19 as both an individual and on Team Invictus and Invictus X. In 2020, he and his wife welcomed their first child into the family and Holden switched his focus from being a competitive athlete himself, to his little girl and to helping other Invitus Athletes achieve their goals of making it to Games. He programs for and coaches Team Invictus at our San Diego location, and hundreds of athletes in our online Competition and Athlete programs.