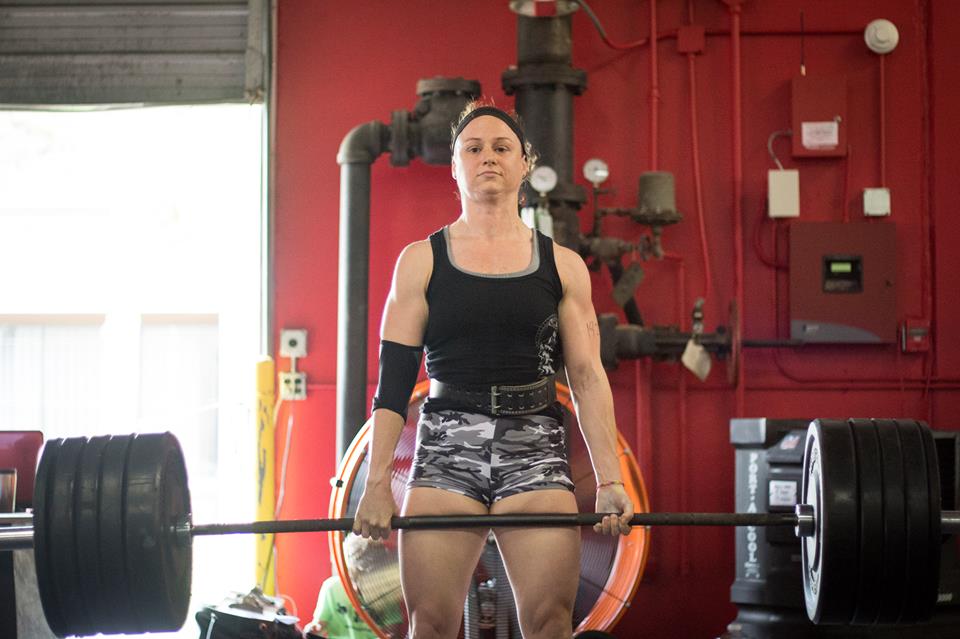 How I Earned My Ranger Tab
Written by Invictus Follower Lisa Jaster and Originally Published on TaskAndPurpose.com

(C.J. Martin’s Note – This is an incredible example of commitment, hard work and mental resilience. I am beyond proud to have Lisa in our online community, and honored that we could assist in some small way in her historic journey. Thank you Lisa for your service and for sharing your story!)

As one of the first women to attend and pass Ranger School, Maj. Lisa Jaster explains how she physically and mentally prepared.

For me, going to Ranger School was never about integrating the military. It was never a quest for fame. It didn’t start off as a desire to change the perception of women in the military. I really just wanted the same opportunities that my male peers were given automatically.

The secondary mission of an engineer is to fight as infantry. I am an engineer. Going to Ranger School was an opportunity to build my repertoire and become the best possible version of me. I want to be someone who others look up to and that means constantly being more and doing more. I want to be a good soldier, not a good female soldier.

The debates about women in combat arms are long and energized. Many of them start and end with physical differences between men and women focusing on raw strength and percentage of lean body mass. Since Ranger School is advertised as the Army’s premier leadership school, I wanted to go to improve my military leadership skills. But Ranger School started off as an infantry school and maintains high physical fitness standards. Once I did some research and understood what those standards were, I didn’t see any reason that I should be denied access. I knew men with tabs that I could smoke in most physical contests. Guys that I beat in the gym and on the track attended and graduated. So in my mind, the issue of strength was a non-issue. But I needed to be ready, because failing physically meant that we’d never progress the conversation past the physical differences between genders.

After the birth of our second child in 2012, I signed up for IronMan Texas. I was having problems fitting strength training in with my endurance workouts, and my husband had been harassing me for years to try high-intensity interval training. So, I met with Vanessa Goebel, owner of CrossFit Memorial Houston, and explained my personal and fitness goals to her over coffee. I was quickly convinced that I would benefit from CrossFit. I signed up right then and there and started attending class three days a week in addition to my IronMan training. I fell in love with CrossFit and moved away from endurance training after the race. My body loved it too. I was leaner than ever before and loved being part of a community that valued healthy eating, heavy weights, and hard sweat sessions.

Soon after that, with a bit of coercion from both my son and my husband, I began training Brazilian jiu jitsu. I would train at CrossFit Memorial Houston for 90 or more minutes following programming from CrossFit Invictus and then head straight to jiu jitsu for an hour. Between the demanding CrossFit workouts and grappling with men daily, I was evolving for the better.

In September 2014, the possibility of one integrated Ranger School class was brought to my attention. Although it took me awhile to cozy up to the concept of attending — also my husband’s idea — I finally decided I wanted to do it for all the reasons I mentioned earlier. I just wanted to be the best I could be at my job regardless of my gender or age. My training only required slight tweaks to get ready for the school. I still predominantly followed Invictus programming, adding a weight vest to many of the runs and low-impact movements such as box step-ups. I substituted dead hang chin-ups whenever kipping pull-ups appeared in the workouts and added ruck walks/runs a few nights a week. The strength requirements for Ranger School were never a concern. Ruck marching and upper body exercises were definitely not a deficit. But being strong and running fast are not always conducive to one another. Under normal circumstances I can easily run five miles in under 40 minutes, but I needed to make sure I could do it when I was stressed, tired, and hungry. Therefore, the majority of physical training changes were focused on the run.

I included my family in physical and tactical training, which included ruck running to my daughter’s daycare and then letting her ride in or on my rucksack on the march home all while using a range finder to estimate distances to the next vehicle, sign, or intersection. When I would come home from the office, my husband would hand me my weight vest and I’d wear it all evening to get used to standing under load. I cut back on movements that weren’t going to help me pass the course, such as muscle-ups and other gymnastics-based skills. And I continued to roll in the dojo four days a week. Learning to push past my limits in both CrossFit and Brazilian Jiu Jitsu helped prepare me mentally as well as physically for the challenges that waited. 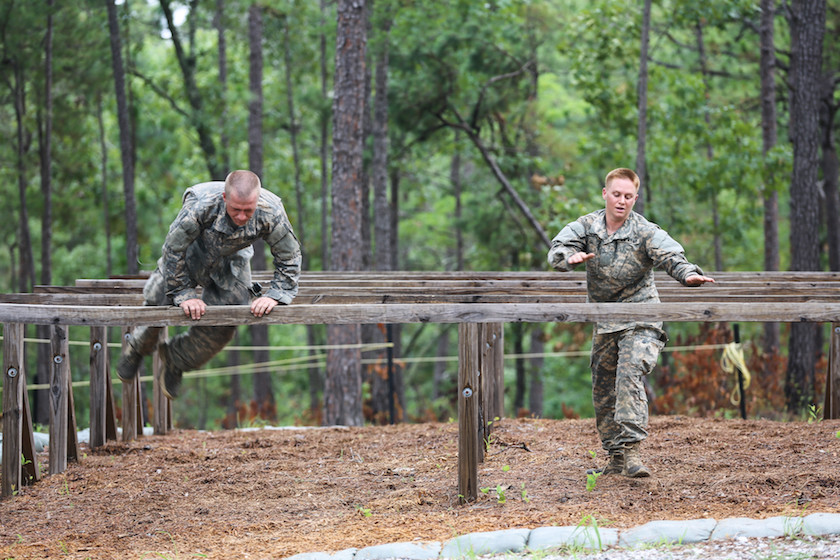 Strength and fitness have been a big part of my life for a long time. I could not have succeeded if I first started training when I heard about the opportunity in September. Ranger School is too demanding for that. Not only is passing the graded fitness events required, you have to be able to think and function afterward as well. Being totally consumed by the physical hardships of the course doesn’t leave much capacity to deal with all the other aspects. Successfully humping a ruck to the top of a mountain is inconsequential if you can’t problem solve effectively or be a good teammate once you get there.

If I could advise the 2014 version of myself, the woman who signed up for this task, I would tell her that being fit is important and it’s the only way to get through the front door at Ranger School. But fitness will not be the only factor in your success. If you want to push past barriers and be part of the small percentage of soldiers who wear the coveted Ranger Tab, then you need to know your tactics, know yourself, and understand why you are pushing yourself so hard.

Proving that women can handle the physical rigors merely started the conversation — it didn’t end it. I succeeded in deleting the adjective by being one of the 41% who pass Ranger School. I wasn’t capable for a female soldier. Ask the other 59%, I was just capable.

Wow! Congrats! Well done! Your determination and hard work are an inspiration!

What a waste of time!

Amazing Lisa! What an incredible story and journey. Congratulations on all your hard work paying off and your achievement. Best wishes to you and your family.