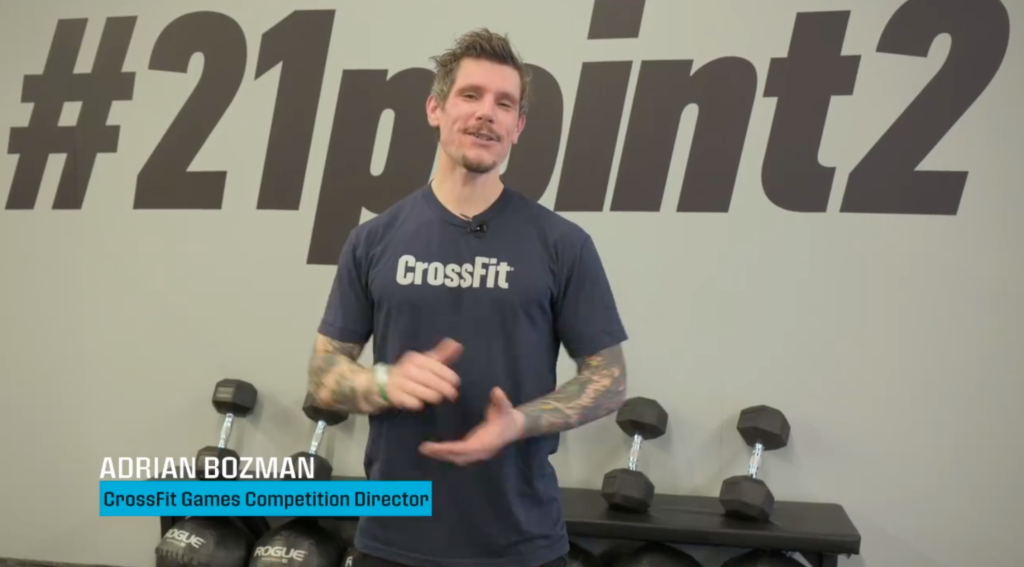 Interview with Adrian Bozman
Conducted by C.J. Martin in 2009

Most of you that I have spent any time with know that I have a tremendous respect for San Francisco CrossFit coach and CrossFit Web-lebrity Adrian Bozman. He’s a phenomenal coach and an even better person. So I was ecstatic when Adrian agreed to do a candid interview regarding an important issue that has been raised in the CrossFit community.

CJ:  Boz, as you know there is a somewhat controversial debate going on in the CrossFit community right now.  I hate to bring you into the middle of it, but I think it is important that the CrossFit community knows where some of its most respected coaches stand on the issue.  So, without dancing around it any further, what are the five coolest animals on the planet?

BOZ:  Well CJ, I’ve really given this issue a lot of thought and I’m pretty certain I’ve weighed the issues on all sides. I think you’ll find that this list should clear up a lot of uncertainty that has been ringing through the greater CrossFit community…but enough chit-chat:

The #1 Coolest Animal On The Planet is the Musk Ox. These bastards have remained unchanged since the last ice-age because they are pretty much perfect. The only thing that even remotely bothers them is the timber wolf, and it can only prey on the young calves…the adults are too big for them! When the young are threatened, the adults form a protective ring around them leaving the timber wolf to look at nothing but thousands of pounds of unwavering horns and hide.

They also rule because I have eaten one (at a burger joint in Vancouver called Stormin’ Norman’s) and I like the cold, much like the mighty Musk Ox. Nothing phases them and they have zen-like clarity of purpose.I bet they smell horrible too.

The second most-awesome-animal-ever is the Nubian Ibex (Google Images that shit). They have kingly horns that spiral out of control and live in the mountains. Actually, they don’t so much live as rock the shit out of each other in the mountains. They are constantly fighting to knock each other off of the seniority list and steal all the womens. They butt heads. And knock the crap out of other Ibexes (Ibexii?) without any regard for their personal safety. Can you run full-tilt down a mountain-side and headbutt your opponent off a cliff? Didn’t think so…

Moving right along, we have the Octopus. These little dudes are creepy as hell and extremely intelligent. I’ve heard they are capable of abstract thought (for real). In captivity they have been observed to kill sharks for no other reason than to kill sharks. They have the best high-tech camo-gear ever conceived and wait patiently for their time to strike. What goddamn little assassins! If an Octopus can fit it’s beak through something, it can fit it’s whole body through. I’m quite convinced that giant octopii exist and that level of mythos only makes them more “HOLYSHIT!!!” worthy.

This next choice may shock some of you. Dutch Lowy has made the point that birds are filthy animals and not worthy to be on any ‘Best-Of’ list unless said list includes lamest and stupidest animals of all-time. I don’t disagree.

However, the Golden Eagle is clearly the exception that proves the rule. They are HUGE. Really. Giant. They will swoop down and grab their pray (think mountain goats or sheep etc.) and toss it off a cliff for easy-snackin’. Even Dutch admits that they are rad…he had to concede to the scoop-you-up-and-drop-you-off-a-cliff argument. I once found a youtube video with a golden eagle feasting/cracking it’s prey’s skull open on the canyon floor and Slayer dubbed over top. It was epic.

The last animal was first introduced to me by CF Invictus pillar Nick Hawkes. The Honey Badger may have a lame-name, but it is also widely regarded as the toughest animal in Africa. Let me state that again: Toughest Animal In Africa. That is insane and places him pretty high in the running for toughest animal world-wide! They are not afraid of anything and will fight to the death. They can shake off a poisonous snake’s venom and not lose sight of their objective. Thousands of bees between you and some honey? The Honey Badger doesn’t register your lame excuses and will charge in while getting swarmed with bees. He’ll eat his fill and move on, unphased. Remember, we’re talking Africa bees here, not some lame-ass North American honey bees….

While you digest all that awesome-ness, let me just say that an old favorite, the common Raccoon, was recently bumped from the list. While they are crafty, nocturnal, tough as shit when backed into a corner, and my favorite animal throughout my childhood, you’ve gotta grow up sometime….

CJ:  Those are some interesting choices.  I think you’re going to get some push back from the community on some of these, but I know that your selections were well thought out and a result of much exploration.  That said, do you see this list as fluid and subject to change or fairly set at this point?

BOZ:  This complete dominance of this list, as far as I’m concerned, is undeniable. It is true that all things change and evolve given the passage of time, but I’m fairly certain that in my lifetime such radical cosmic shifts will not be witnessed.

CJ:  I appreciate your willingness to go public with this Boz and to do so in this forum.  You have had a lot of influence on many of the great coaches and athletes in this community.  I am sure we will hear some other perspectives in response, but you have certainly given us all something to think about.  Thanks again.