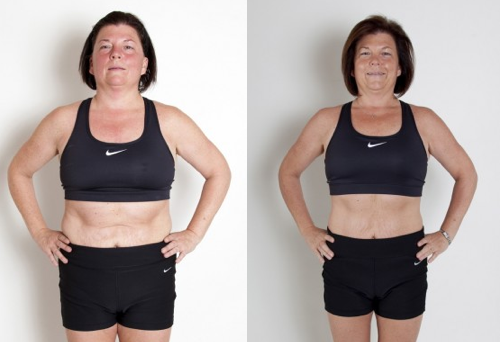 Krazy K turns 51-years-young today!  But the amazing thing about her birthday is that she looks and feels YOUNGER today than she has in years.

Krazy K has been a life long carb-addict.  She would almost always choose bread over meat.  For years I attempted to educate and convince her to modify her diet, but being her son didn’t help in that fight.  The catalyst for change finally came late in 2009.  She was inspired by Robb Wolf and Nicki Violetti.  Robb and Nicki are friends, but what inspired her was their conviction and dedication to providing the absolute best in nutrition information.  Despite trying times, Robb and Nicki never stopped sharing top-shelf information to help people get fitter, leaner and healthier.

Like most people, Krazy K waited until the holiday season had passed, and on January 4, 2010 she began eating a clean Paleo diet.  She has been creative with her cooking and has produced some damn good meals, thereby creating a lifestyle nutrition plan – NOT a diet based on starvation or deprivation.

The results are apparent from the photos above – taken on February 1, 2010 (left) and March 24 (right).  She has lost 30 lbs. since January 4 – most of which came off of her belly as she is the typical high-carb, high-stress, little sleep body type.  What you cannot see from the photos is that her Paleo nutrition has also totally eliminated a chronic rash that she used to get when wearing certain materials, and she is enjoying new hair growth after years of thinning hair.  But most importantly, she feels great.

I couldn’t be happier that my mom has made these changes.  I am convinced that she has reversed the clock.  I believe today she is getting younger.  Happy birthday Krazy K!