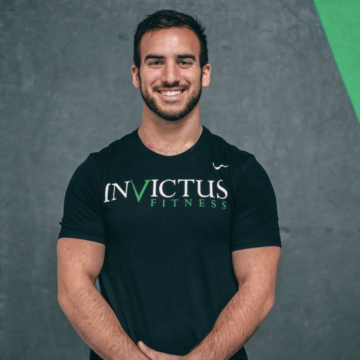 Hunter joined the Invictus coaching staff in 2015, and brings with him a solid background of competitive coaching and programming experience. He has trained and worked with many world renowned coaches, affiliates and Games athletes in the the sport of both Powerlifting and CrossFit. Through his gym affiliations, he has learned effective methods to build strength while perfecting technique. In 2014, Hunter competed at the CrossFit Games in the team division, earning a second place podium finish. As well as being a part of the 2016, and 2017, Invictus Games teams. He loves coaching and competing at the highest level while pushing and challenging himself and his athletes.

Hunter’s  background prior to CrossFit was as a baseball catcher. He had dreams of playing professionally, until 2011, when he discovered CrossFit. From that moment, his athletic goals shifted. His goal, through CrossFit, is to influence and empower people to change their lives in a positive way. He wants to help people realize their potential while encouraging them to push even further, and celebrate their accomplishments.