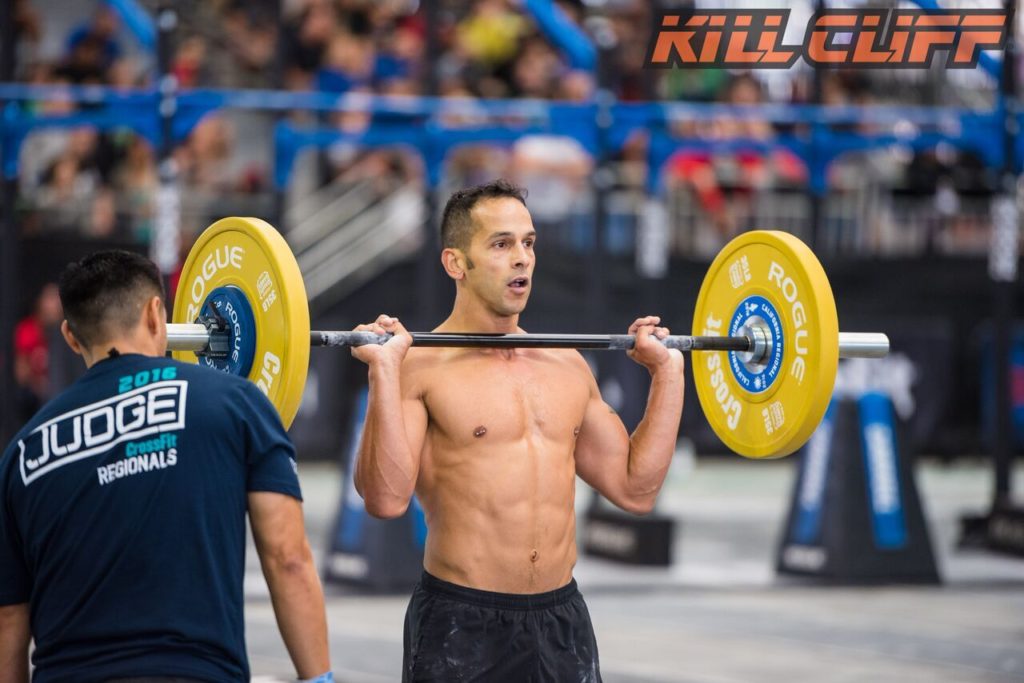 Last week we analyzed movement variations of barbell cycling when the event calls for a Snatch. Today we take a look at cycling Shoulder to Overhead.

There are really only two types of barbell cycling when a shoulder to overhead is stipulated as the movement standard: Push Press or Push/Power Jerk. We can rule out the shoulder press because no athlete should be strict pressing in a timed workout – unless the movement standard requires it. There may be times in which the athlete will need to split jerk a heavy shoulder to overhead, but for the sake of this discussion, we’re going to assume that if the athlete is splitting, they are not “cycling” the barbell.

The push press offers an advantage to athletes in that the hips and knees will already be fully extended when the weight reaches its apex, and at that point the athlete will have met the shoulder to overhead movement standard – support of load over the heels with fully extended knees, hips and elbows. The push press requires less coordination and rhythm than the push/power jerk, which makes it the standard option for athletes who are stronger than they are skilled. It is highly effective with relatively light loads, and is typically the movement of choice for all athletes who can maintain the push press for the prescribed number of repetitions.

The key points of performance for cycling with the push press include:

Why is the last point in italics? Because it is the most important one when barbell cycling overhead movements. Figuring out the proper timing so the athlete doesn’t waste any time is crucial; this means timing the barbell to touch the shoulders in the loaded position so there is no wasted time adjusting. Check out how Hunter Britt knocks out some smooth and efficient push presses in the demo video below.

The concern of utilizing only the push press is that it will likely be more taxing than push jerk because the athlete is pressing the barbell to it’s apex instead of receiving it slightly lower and then using the larger muscles of the lower body to assist in the finish.

If the workout calls for shoulder to overhead, then the athlete can utilize a modified push jerk, as this is a great way to move heavier loads overhead, and a great strategy to allow athletes to grind out a few more reps in high volume events. The assist received from the use of the legs helps a tremendous amount when in a long workout or the stimulus of the workout includes other movements that tax the shoulders. When done correctly, this movement is both fast and efficient.

The key to barbell cycling the shoulder to overhead well is practice and getting used to the fast paced rhythm. Watch Hunter Britt doing push jerks and then the push jerks in slow motion.

Notice how Hunter uses his legs to drive the barbell off his shoulders and sneaks under the barbell to save his triceps from pressing the barbell. Once the barbell is in the full lock-out position, he pulls the bar back down to his start position. There is no time wasted at any point in the movement.

Here are two things to consider with either the push press or push jerk:

Hand Positioning: This can largely depend on the mobility of the person but the wider a person can be with the rack position and still express power on the barbell, the less range of motion the bar needs to travel overhead.