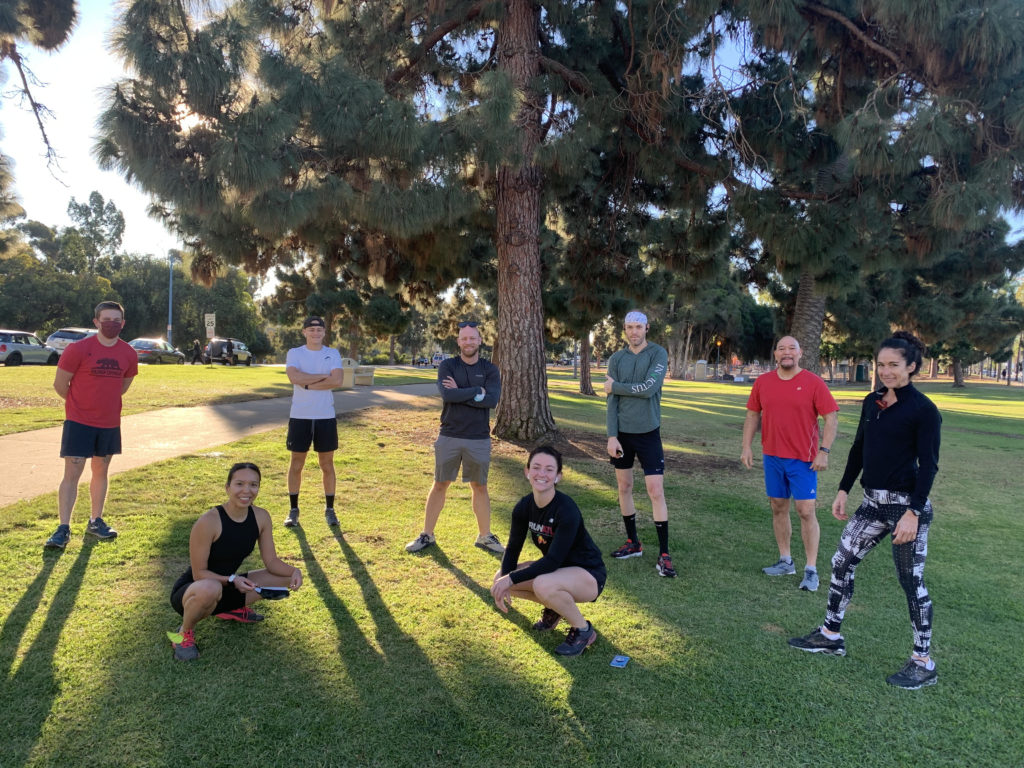 I wanted to change my relationship with running. I have always found running very challenging, I would be exhausted very quickly and unable to finish even a short run without breaks. As part of my fitness journey, I wanted to change that, either just through volume or (as it turned out) changing my mechanics.

So he joined the Invictus Run Club with Coaches Tricia and Fritz!

The hardest part, for me, was to get there. Convincing myself to participate in something that was such a challenge for me has always been difficult. Once I attended though, and learned how understanding and catered to skill level Run Club was, it became the highlight of my week. No matter what other training I did, I always ensured that I was available to run with the club.

The training that surprised me the most was our first lengthy run, I believe it was a 30-minute run that we were meant to do without stopping. I was able to run at a pace that surprised me, roughly 8:30 mile, given when we started I couldn’t finish a 400m run at a VERY slow pace. It showed me that the mechanic changes suggested by Tricia and Fritz (most notably, increasing cadence and changing my “drummer boy” arms while I ran) made a huge impact in a small time. I felt like running had somehow become a strength, rather than a weakness of mine.

I loved the event! It was a completely new course and involved several lengthy and severely graded hills (the first hill we conquered was INTENSE), something that was new to me. I was proud that I was able to overcome these hills without walking or giving up (like my brain desperately wanted me to). I leaned on the training that Tricia and Fritz provided to push myself through the exhaustion and I was able to recover my breathing, even getting into a flow state towards the very end of the run. I wish that I had been able to get into a flow state earlier, but it is always nice to have room to grow.

Run Club, and Invictus, oftentimes become more to people than what they originally set out for…

Run Club, and Invictus more generally, has been a huge crutch for me while I have gone through some hard transitions in my personal life. Without the teamwork, camaraderie, and community of Invictus, I don’t think I would have been able to keep everything together. I am so thankful for everything I have learned since joining Invictus and meeting the amazing athletes and fantastic coaches. You all have really become a second family for me and I cannot wait to see what the future has in store.