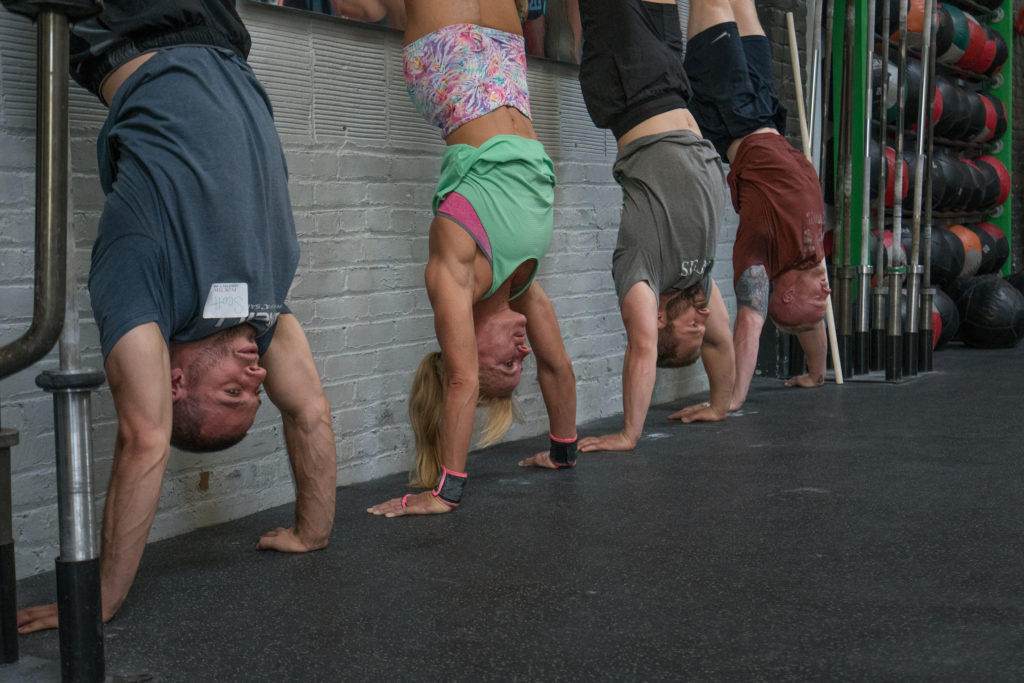 Should You Workout Alone or in a Group?
Written by Kay Wiese

Up until the last decade, the classic gym model for millions of Americans was to grab their iPod nano, strap on their running shoes, and hit the gym solo while they tuned out to their favorite podcast or playlist.

With the recent popularization of group fitness classes such as CrossFit, we started to see more avid gym-goers ditch the solo effort for a more communal environment. Headphones were replaced with high fives and athletes changed their shoes together on Oly platforms across the nation.

However, for many gym-attendees, the routine stayed the same and come January 1st every year, thousands of gyms across the country watched people make the trek into the weight section and hop on the elliptical to spend an hour with themselves working towards their goals.

So the question then remains, what is the best option? Should you go at it solo or hit the gym with your crew? Science says the latter. According to a study by the American Osteopathic Association, group fitness was shown to reduce stress by 26%. According to the lead researcher on the study, Danya Yorks, DO, “The communal benefits of coming together with friends and colleagues, and doing something difficult, while encouraging one another, pays dividends beyond exercising alone.”

Not only that but a study by the Journal of Social Science found that working out with others of similar mindsets and with similar goals can actually push you to work out harder. If you’ve ever taken a CrossFit class, you know this to be true. Working out next to someone just a little bit fitter than you might push you to jump on that pull-up bar a little earlier or pull your splits down a bit more on the row, whereas when we workout alone, we tend to cut ourselves a little bit more slack.

Another study in the Journal of Obesity showed that individuals who were trying to lose weight and spent time hanging out with fit people, often tended to have better results. While it might seem like common sense (if you’re out to dinner with your fit friends, you might skip the extra side of fries), we often underestimate the impact that the people around us have on us. Think about all the little decisions you make each day around your fitness. Sleep in or go to the gym? Ice cream or fruit for dessert? Water or soda? And so many more. When you’re around like-minded people with similar goals, these decisions become just a bit easier.

So next time you head to the gym, grab your friends and hit a team workout or sign up for your local group CrossFit class. You might just be surprised by the effect it can have on your training.

The Most Revealing Test in CrossFit