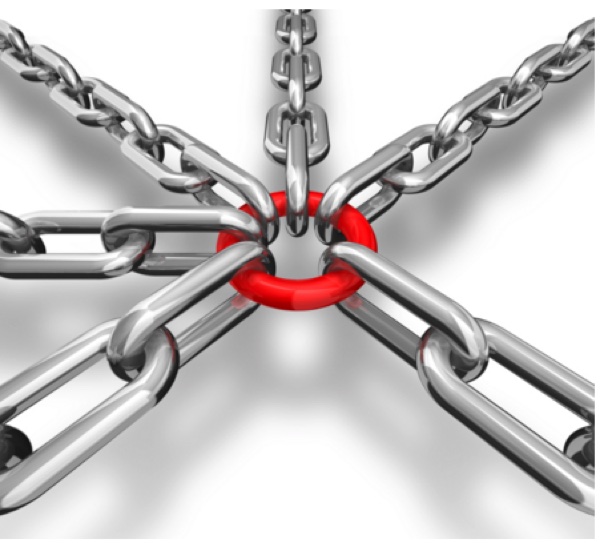 What is Core to Extremity?
Written by Bryce Smith

But what does functional really mean?

Most people describe functional fitness as using the body as a whole rather than segmenting body parts and emphasizing the concept of core to extremity. The body works with what we call the kinetic chain, which is a biomechanical principle that means bones, joints, muscles, ligaments, and tendons work together like links in a chain to perform functional movements [1].

What does core to extremity really mean? You hear your coaches yell to open your hips fully at the top, or to be patient with your arm pull. We all sort of get the idea that most movements are originating and powered by the core and finished at the extremities, but let’s dig a little deeper into this concept.

The core serves as a muscular corset that works as a unit to provide stability both with and without movement. All motions are generated from the core and translated to the extremities [2]. Core to extremity means that the bridge that connects your upper body to your lower body is tight and secure with no loose ends and no broken beams. The midline is the bridge that allows efficient and safe force transfer. If the golden gate bridge broke in half, then cars would fall in the Pacific Ocean and cars traveling from San Francisco to Marin County would not be able to make it. The same holds true for the midline. If your abs are soft, your ribs up, your glutes turned off, and your back is rounded, it will be challenging to squat, press, deadlift, clean, jerk, or snatch heavy loads for lots of repetitions because force is constantly being leaked due to the breaks in your bridge. You never want to allow force to leak out and fall into the ocean. That is a sure way to get to Injury County when we are striving to make it to PR City.

Kelly Starrett from the Mobility Project describes core to extremity as getting organized prior to performing any movement. Getting organized means squeezing your glutes, tightening your abs, keeping your ribs down, and staying tight or locked in. Weaknesses in one link in the chain can alter the function of the total movement pattern. An example can be seen in the squat; the torso, knee, and hip motions are all linked [3]. Getting organized and performing these seemingly subtle things will help to maintain tension, keep you safe, and allow for efficient force transfer during the functional movement.

When performed correctly, functional movements use the larger and stronger body parts first and move distal to the weaker parts of the body sequentially in a domino effect. When performing a snatch, you want to maximize full hip extension before you begin to pull with your arms. Many athletes make the fault of pulling with the biceps early as a means to connect the hip to the bar rather than using the lats and then the biceps after hip extension has been reached. When the extremities move prior to the finishing of the core, it creates a leakage of power and force which forces the body to rely on the weaker muscles. You wouldn’t want the Lakers to play a member of the practice squad during crunch time instead of Kobe Bryant so you shouldn’t want to use your smaller muscles before your larger ones in the snatch either. When the movement pattern is sequential from the bigger to smaller muscle groups the body is able to maximize force output and you have a greater ceiling on potential loads that can be lifted.

The concept of core to extremity is extremely important if your goal is to remain injury free, lift heavier loads, and maximize your potential. If the risk of injury from putting yourself into compromised positions is not enough for you, then know that you will be able to lift more weight, and you will be able to maintain technique over the course of an exhausting conditioning session if you apply the core to extremity principle and strive to stay away from the violations [3].