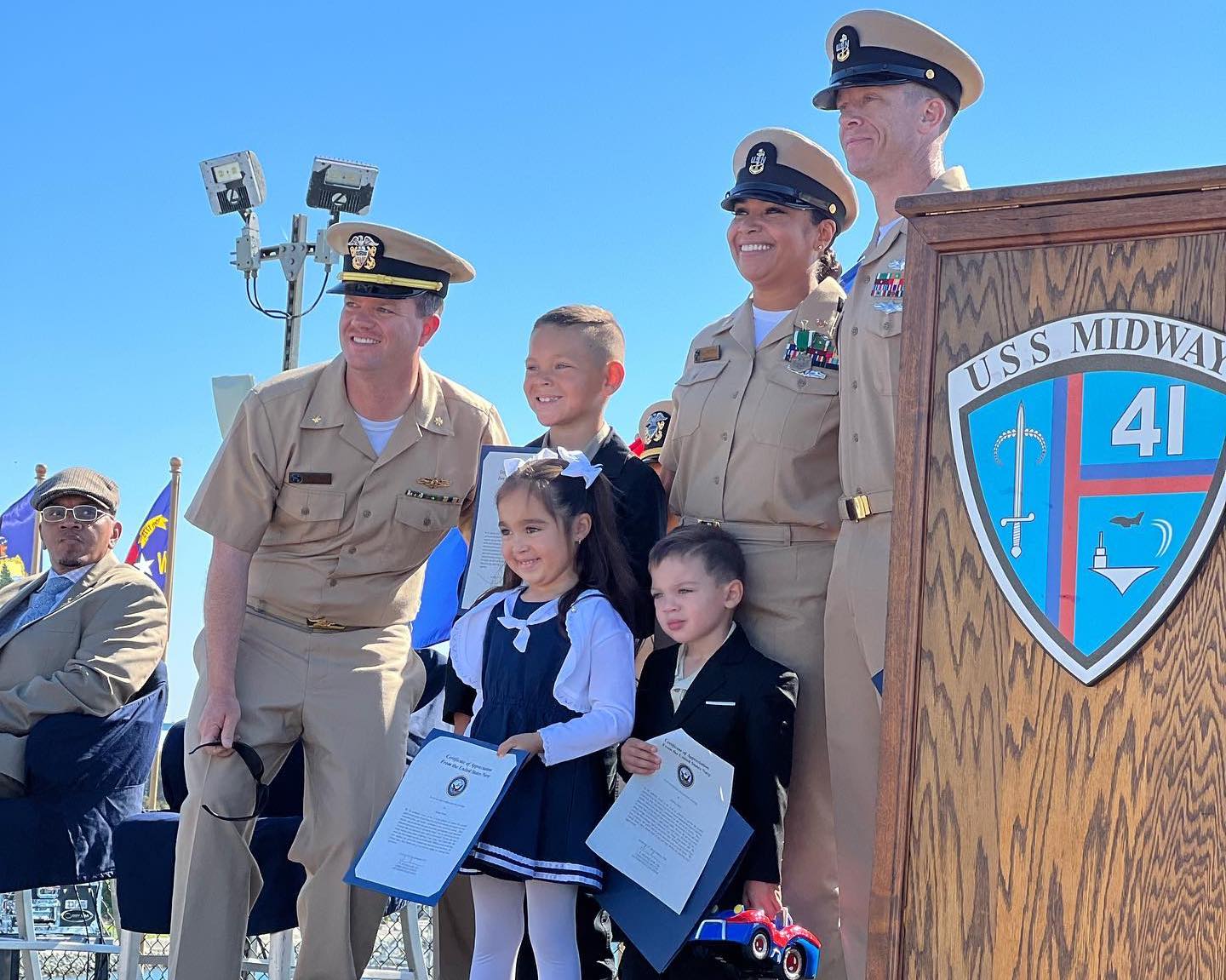 Chronicles of the Unconquerable – Leslie Pester
Interview by Fritz Nugent

Leslie has been a member of our community for around 10 years. In that time, she was appointed Chief, stationed in Naples, had three kids, returned to San Diego, competed in an Oly meet, retired from the Navy and so much more! Get to know a little about what makes Leslie so unconquerable as she describes her time in the service and lessons she learned along the way.

What are your deets (rank, job title, and all that stuff)?

My “official” title is/was Information Systems Technician Senior Chief Pester” (E-8) Basically a fancy way of saying IT but my specialty is in Satellite Communications. So I deconflict/assign frequencies in order for troops to communicate with one another whether is ship/shore, vice versa or all on land. (I can elaborate if you’d like)

How long did you serve?

I joined right after high school Aug 8, 2000 at the age of 17. My parents actually had to sign for me because I was underage. So this contract officially ends in Jan, I’m currently on terminal leave, pretty much using up all of my vacation days that I have left. So total time is 21 years and 5 months.

What did your pathway through the military look like?

I actually got lucky because I only served on 2 ships (USS Nimitz and USS Makin Island) for a combined total of 3 years and completed 2 deployments. With my NEC (Navy Enlisted Classification), jobs for me were usually on staff duty. So 3rd Fleet here in San Diego operated as a Maritime Operations Center preparing, providing and employing combat ready naval forces throughout the Pacific and 6th Fleet in Naples, Italy covered all of Russia and Europe and nearly the entire continent of Africa.

What lessons did you learn in your time serving?

Given the fact that I essentially “grew up” in the military, it’s hard to just narrow it down to one thing.

I will say that I definitely had to come out of my comfort zone to “make it” so to speak. I was always ok with taking the back seat and letting other ppl make decisions whether I agreed with them or not. I took pieces from mentors I had along the way, and molded that into the leader I wanted to become. I remember one specific evaluation as a Second Class Petty Officer, I was told “I wasn’t enough of a bitch to make it” and I feel like that was honestly my turning point. I didn’t necessarily change who I was, but working my way up through the qualifications (one in particular that was for a higher paygrade), and the way I treated ppl, spoke louder volumes than  changing who I was. So that lesson taught me that I could be a nice person, and SMILE and not be an asshole to be respected, because I did my job and I did my job GREAT. Also, I learned that I’m a lot tougher than I thought I was.

What did you like the most about being in the military?

Definitely shipmates that I met along the way that have become a part of my extended family and traveling all over the world.

What are some of your favorite memories?

Going through Chief Initiation in 2012. It was a 6 week process where you are tested both physically and mentally to prepare you and guide you to becoming a stronger leader as you transition to the rank of a Chief Petty Officer. Times have changed, but back when I went through we had “final night” which was 24 hrs of our final test. Once accepted by the mess, we were welcome in by our new brothers & sisters. That was followed by a formal pinning ceremony, where I had Josh pin one of my anchors on my collar, my mentor pinned the other side and my sponsor during initiation placed my cover on. Its just a really special day, and it’s cool because everyone in the Navy does the process at the same time for those who were selected.

Crossing of the line ceremony on the USS Nimitz, also known as “Wog Day”. It’s basically a day of initiation that takes places when a person crosses the equator for the first time. “Details of this day are not available” lol…

In Italy my Command Master Chief asked if I wanted to go to Croatia for 10 days for “war games, partnership exercise with various other countries. There were 2 other Americans there in addition to me from MN. Everyday we learned about the different navies that were represented and their processes. Got to shoot, dive off a RIB (Rigid Hull Inflatable Boat), visit Diocletian’s Palace, and at the end of the week, we took a sail boat to a remote beach where we bbq’d and swam in the Adriatic Sea. An experience I well never forget.

What are you going to do with yourself now?

Currently doing an internship with Cisco Systems. Recently interviewed for a position, so hopefully I’ll hear something soon!

How do your roommates feel about your retirement?

I don’t think they really understand just yet. Maybe only Caleb being the oldest and he knew what it was like last year when his dad was gone for 10 mts. The truth is, I wasn’t ready to retire, it was really a bittersweet decision for me because I wasn’t done in my professional goals. That being said, as much as my kids drive me NUTS, I couldn’t imagine my life without them and leaving my family for a long period of time is just not in my cards. So I chose my family. Careers come & go, but I don’t want to miss a minute of my kids growing up, but I’ll glady pass through the tantrums.