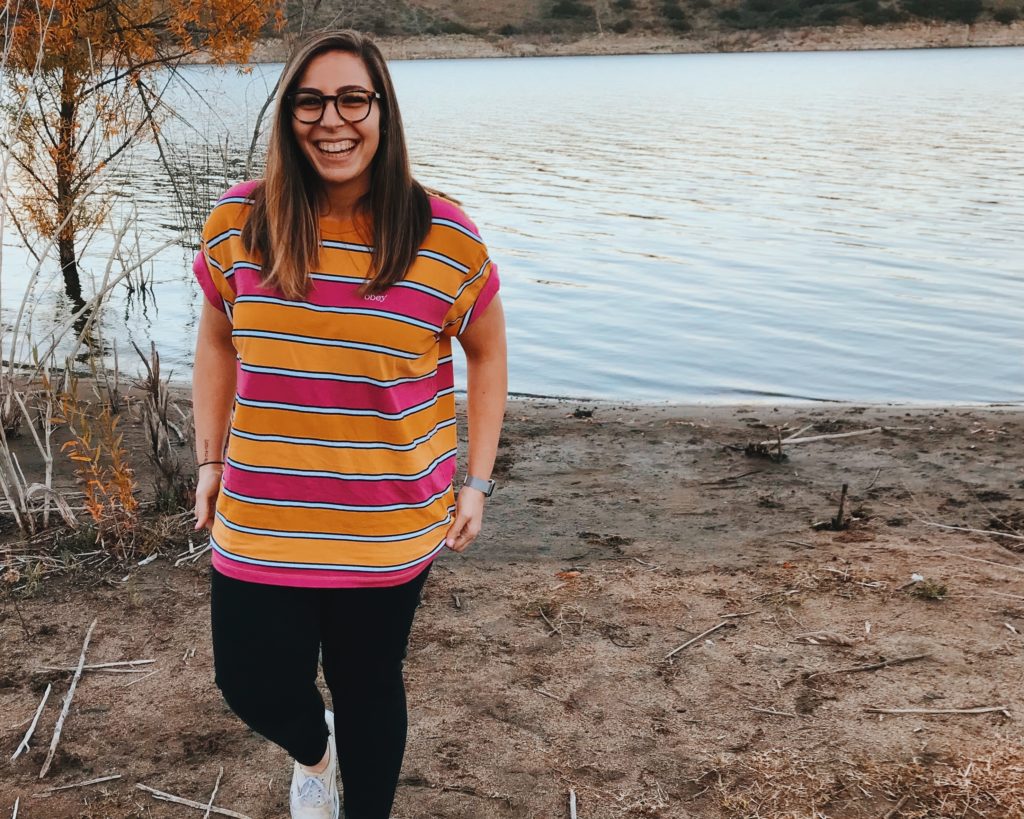 Debbie joined Invictus in March of 2019. She had been a part of other gyms and boxes, but knew after her first group class that she’d get more detailed coaching at Invictus. When first speaking with Debbie, her initial goal was simply to lose weight, coming in 2-3 times per week.

She committed to attending five times per week and consistently hit that goal. Not only that, but she consistently sought out ways to improve her pull-ups, handstands, and Olympic lifting. I’d see Debbie doing her supplemental programming religiously after class. No pandemic could even stop her as she’d work out in her back yard with us via Zoom every day during our shutdown.

Debbie is one of those people that is going to say the least, but somehow say the most. She has an understated presence that people gravitate towards. She never takes the spotlight from others, but when she chimes in, it’s smart, funny, and shows she’s paying attention.

Little did Debbie know that the most valuable lesson she’d learn at Invictus was less about her bodyweight and more about her inner strength, confidence, and overall mindset.

She says, “None of the mental aspects of being fit or strong really crossed my mind. I just wanted to look and feel better. Those goals have drastically changed by now. I’ve learned that strength isn’t just defined by what you look like or what you’re lifting. It’s also defined by your mental ability to push yourself as hard as you can for that particular day. I always feel so empowered after lifting, it’s a feeling everyone should experience!”

Seeing Debbie’s evolution into lifting has been so rewarding as a coach. At first, she’d underestimate what she could lift and would stick to lighter loads. She notes, “It’s unfortunate, but because of how society has shaped the female mind, I used to not feel comfortable with the idea of becoming strong. I always thought that I should work towards being more toned instead of ‘too muscly’. On top of that, I always told myself to not look ‘too masculine’ due to the toxic gender roles that were inherently taught to me growing up.”

I don’t know exactly when it happened, but her mindset switched and she wanted to start challenging herself. She started saying, “Hey, what should I put on the bar for this?” She noticed, “Once the inner judgements stopped and I finally came out as queer while defying every gender role, I understood that my goals of being athletic are valid and worth working towards. As I started feeling the changes in my body, the empowerment to become who I want to be has only grown.”

Today, Debbie is working on her Olympic lifting, stringing together strict pull-ups and consistently hitting her weekly attendance goals. What keeps her coming back though? “The idea of being strong, fit, and healthy are what keep me coming back every day.”

Debbie, we are so proud of you and thank you for letting us be a part of your journey.