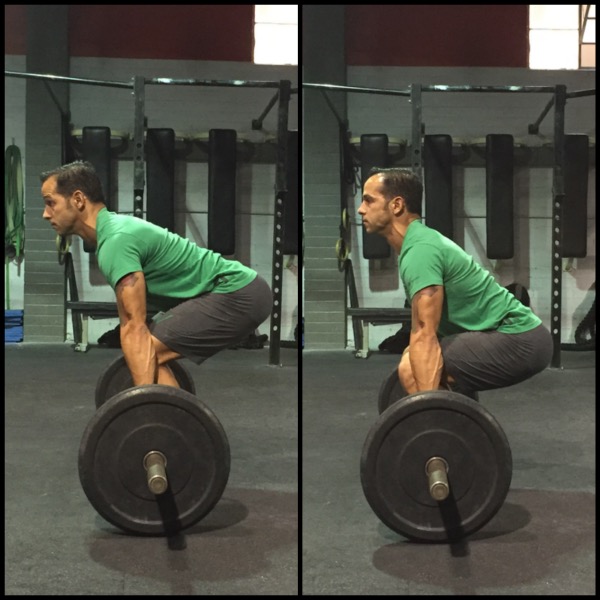 The Deadlift Setup versus the Clean Setup
Written by Nuno Costa

What’s the difference between the setup position for a deadlift versus the setup for the clean?

That’s a great question, and although they might appear similar, there are some differences that can help you as an athlete and perhaps as a coach as well.

It’s going to look slightly different for everyone based on their anatomy (lever length) but a good rule of thumb is to make sure that the hips are higher than the knees, which sets athletes up to lift heavier loads by providing the most musculature for the demands of the lift.

Generally, with the Clean, we see hips drop almost to the height of the knees, if not in alignment with them, which often provides an improper bar path where it goes around the knees and in front of the frontal plane. If the hips are lower than the knees it almost looks like a squatty potty setup. You’ll see the shoulders behind the bar as well which will limit some of the strength needed and provided by the upper part of the back.

In the following video, we cover a couple of fixes for this fault – pushing the knees back or raising the hips will have similar results and some athletes will respond better to some fixes over others.