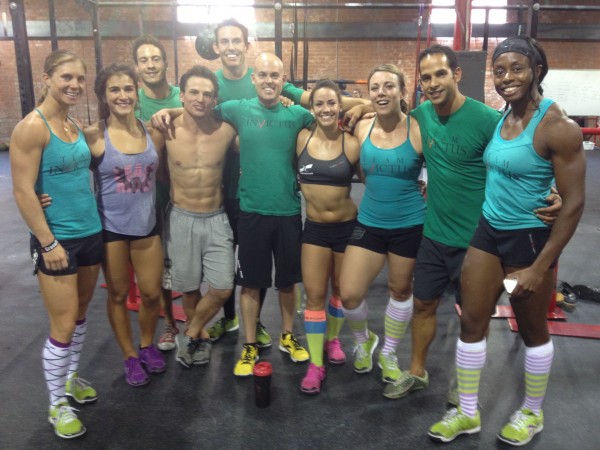 Team Invictus had an amazing opportunity on Thursday to train with CrossFit’s Team USA, which is stacked with Rich Froning, Matt Chan, Jason Khalipa, Julie Foucher, Rebecca Voigt and Kris Clever. Team USA will be taking on Team Europe in London on October 13 in the first-ever CrossFit Invitational. (See short video below for more information and some glimpses of your favorite Invictus athletes training.)

Our crew was invited up to Los Angeles to help them train for what will be most of the Team USA athletes’ first team competition. We had a blast. There were three workouts in the span of about 2 hours, and a ton of support and encouragement for everyone involved.

After having spent a day in the gym with Team USA, I can tell you that they should be just fine over in London against Team Europe, and they’re a great group to hang out with. Team Invictus will be strong supporters of Team USA when October rolls around, and I encourage you to keep an eye out for more details about the CrossFit Invitational as they are released so that you can lend your support and well wishes to your favorite team.