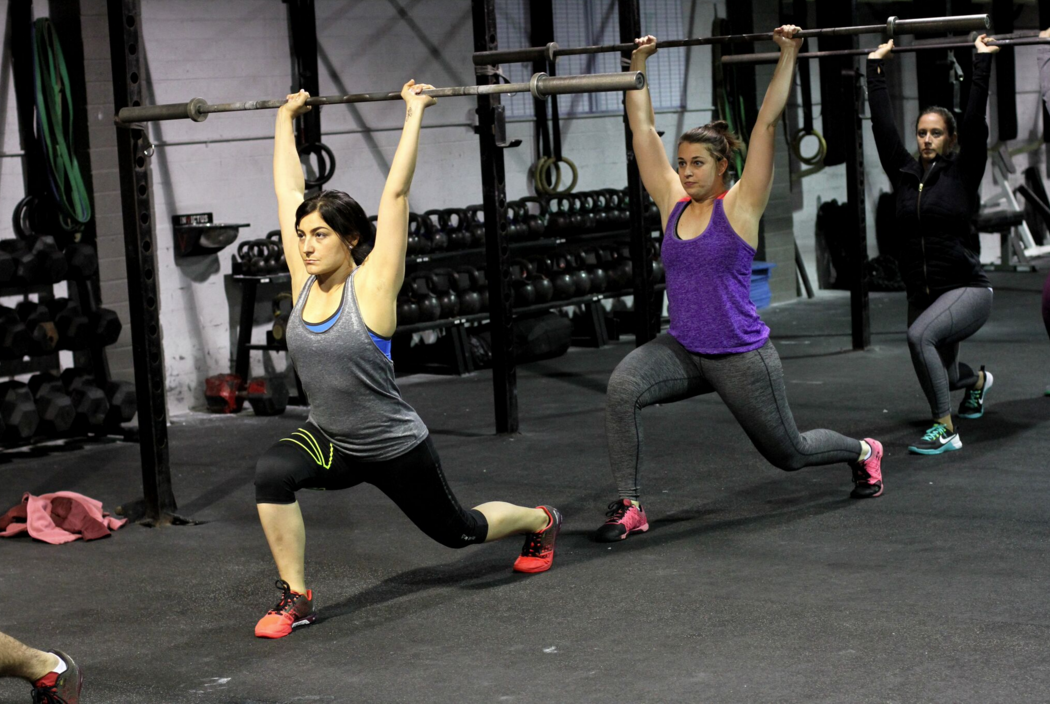 I’ve worked with some very smart individuals over the years, from scientists to well known politicians, professors, researchers, and financial advisors. One thing is for sure – some people are too smart for your own good. Some people have gotten into the practice of over analyzing things in an attempt to get an edge over the competition. This is becoming all too apparent in the CrossFit world.

Coaches and athletes are now focusing on every muscle twitch, every breath, and every move; but too much of a good thing simply becomes a distraction. Don’t get me wrong, some information is good and obviously general information is absolutely necessary for safety and efficiency, but where do we draw the line?

I am a basketball guy, so let’s use a basketball reference here to help you better understand what I mean. Optimizing your ability to make three point baskets takes a lot of time, repetition, and consistency in order to master the craft. You can read and study the three point shot all you want. During that study you will most likely learn that the NBA three point line is twenty-three feet, nine inches from the basket with the exception of the corners which are twenty-two feet away. You may find out that the best three point shooters include legends like Larry Bird and Ray Allen. You might even go as far as to discover some things that they did to become successful shooters. For those of you interested in the trigonometry of things, you can find information out there that discusses the most precise trajectory of the ball with relation to the height and release point of an athlete’s shot where the ball will most accurately and consistently make its way into the basket.

At some point, though, even though you could have eight more books to read and 10,000 more websites to analyze, you are going to need to cut the bologna and get out on the floor and start shooting some three point shots! Thousands upon thousands of shots later, you will probably find that you’ve become a pretty good shooter. Great shooters do not analyze every shot. They perform best off of feel and analyze every so often so they can make necessary adjustments. As soon as that is done, though, they go right back to shooting.

We all know that knowledge is power, but be careful not to undermine the value of time and experience as one of the best teachers out there. Hours of practice and constant repetition will bring on plenty of knowledge. Reading and studying have their place and can be very beneficial, but don’t read to the point that you neglect the practical component of the sport. For most of us, we got into this sport because it looked like fun and it helps to satisfy the competitive juices we have in your blood. Trial and error has helped us learn a ton with regards to what works and what doesn’t in other aspects of our lives. Let it do the same in CrossFit. Never fear failure and never be scared to make mistakes because those are the ways in which we learn and grow.

Spending years at the University level, I realized that it takes years of hands-on experience to master one’s craft and not just years of textbook material and scholarly articles with fancy pictures to become your best. A blend of the two is optimal. So spend some time reading cool articles like this one and then go get your hands dirty in the gym.

Some analyzing is good, but over analyzing is bad. Where do we draw the line, you ask? Let trial and error dictate that. Try spending more time training and less time analyzing and see where that gets you. Try the other way around as well. At the end of the day, keep shooting those arrows and one of them is bound to hit the bull’s eye.

Man, you have some problems with this article. I can really tell you that it needed to be edited. You are saying that you don’t need to analyze and to work with your mind through all this text. Analyzing it is something that helps us to live in our world. For more than 2000 year of living we have been analyzing everything that is going on and for example, I am working as a writer for a financial website called and where I am working on a new article. I analyze everything that can help readers and me as a… Read more »

Last edited 7 months ago by FantanoFantany
0

I Agree! Loved it

When I saw the draft of 6247 dollars, I accept that my friend’s brother was like really generating cash in his free time with his PC. . His aunt’s neighbor has done this for only 11 months and by now repaid the loan on their home and bought a new Car 89