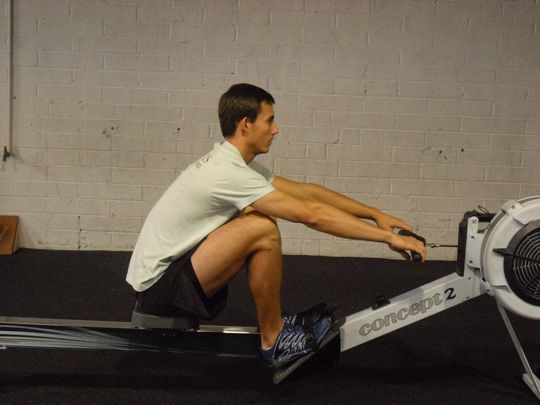 You see it in running. A sprinter will set up in the blocks, nimbly place their hands on the white line that separates them from the next 10 seconds of pure speed, raise their hips and as the gun goes off, they explode like a gazelle, starting out low and streamlined with short choppy steps to accelerate, they pump their legs and arms in unison to be just a bit faster than the animal next to them.

Just a bit faster, that’s all it takes. In nature it ensures that you’re able to move forward and continue the circle of life, in our context it means we move on to the next exercise just a bit sooner, placing that much more pressure on your competitor to pick up their game.

In rowing, the aforementioned strategy is often lost under the context of “I hate rowing, I don’t know how to do it, so strategy be damned.” Sound familiar? It’s an all too common sentiment that is just a bit too defeatist for my liking. If I put you on a track and told you to sprint 100 meters you’d most likely start by taking short choppy steps to get up to speed right? So why not just take the time to learn how to do it on an erg and we’ll both be much happier for it.

An erg is a finicky machine. Adjustable damper settings, a computer that registers everything you do, and an unwieldy handle and chain that give you zero guidance on their proper form. So to start, let’s take a look at the foundational movements of a sprint start.

We need to get the fan spinning up as quickly as possible so to accomplish this, we’re going to have to learn some new positions. A quick review of “An Argument for Bad Form” will get you up to speed on basic terminology here so we can all be on the same page.

Using the catch as the pillar of our learning experience, we have 3 different positions to draw from. The first is the Full Slide Catch, nothing different here just the name. A full slide catch requires the legs to be fully compressed with the gap between the thighs and torso completely closed, heels slightly (notice I said slightly, not more than 2 inches) off the foot stretchers, arms fully extended and a nice strong chest and back locked into place. (See photo above.)

The second position is the 3/4 Slide Catch. This position is achieved through decompressing the legs just enough to bring your hands an inch in front of your toes. That is the only change, your upper body will still mimic the setup of a full slide catch.

The third position is the Half Slide Catch. Here we decompress our legs even more until our hands are over our shoelaces. Upper body still has not changed in position with our core upright and engaged, arms straight, and hands relaxed. 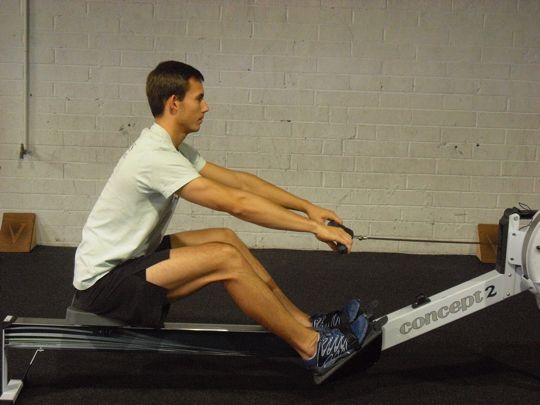 Now that we have those positions down, we can talk about the next aspect of the stroke we need to learn, The Cut Layback Stroke (duh duh duuuuuh!) In theory this is pretty simple to do but those are famous last words. So here’s the skinny. A Cut Layback Stroke is a stroke taken without layback, meaning we use only our legs and our arms. This accomplishes two things, it allows us to take more strokes faster because we aren’t moving through the 15-20 degrees of movement with our backs, and it’s easier to initiate the stroke with one less movement involved.

Starting at the Full Slide Catch position we drive our legs and engage our core making sure to lead the stroke with the hips and keeping the back perpendicular to the ground. Momentum will try to take over at this point and swing your back open, but we need to fight it and stay upright. 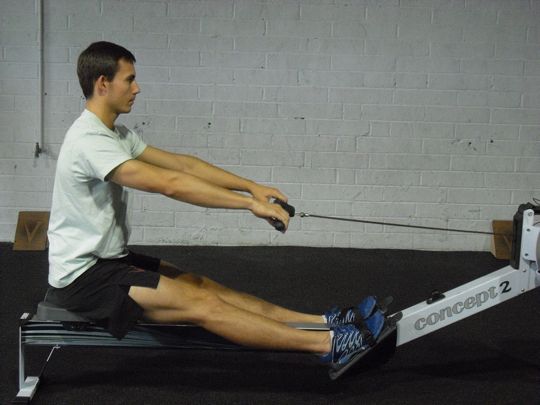 With the legs finished we draw the arms into our body and push them away just as fast. Quick hands will allow you to speed up the stroke significantly by initiating a quick recovery. Remember, treat the arms as the alpha and omega of every stroke. You initiate the recovery with the arms every time, and you finish every stroke with them. If this isn’t happening, slow down and practice it a few times because this is critical to proper technique. After the quick hands away slide back up to the catch and start again. 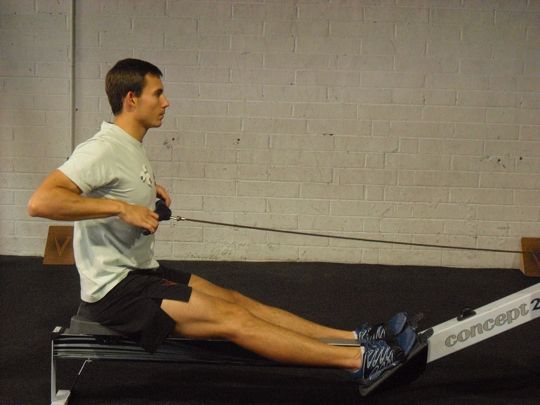 This is the only time you’ll hear me say this, but it is okay to have a bit of a pull from your toes as you move back towards the catch. Don’t take this as a green light to do it all the time as it will wear you out but for the starting five strokes it’s alright in order to accomplish the speed we want.

With the major parts necessary to accomplish the sprint start now firmly ingrained in your muscle memory we can move to Part II where we’ll take what we just learned and put the pieces together in a sequence that will have you pushing ahead of the pack on your beloved erg.