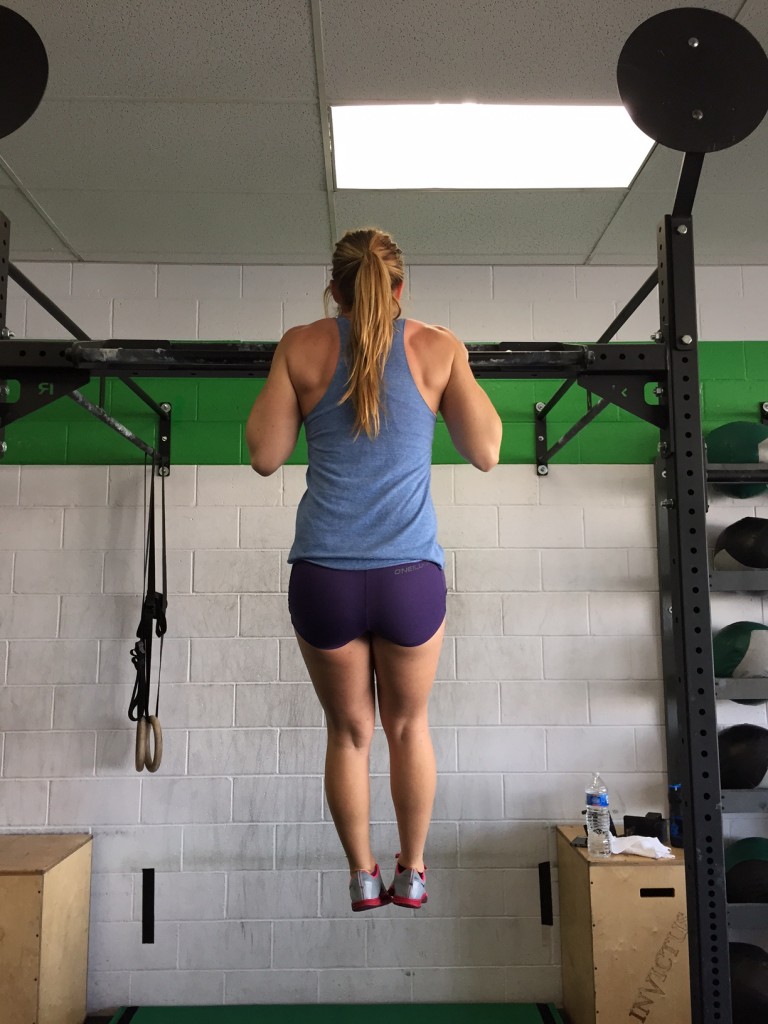 Prioritize Your Posture With Better Pull-Ups
Written by Bryce Smith

All over the Internet we are seeing articles, books, and even businesses saying that sitting is the new smoking. With a society overrun by technology, Americans are sitting more than ever before.

From an anatomical standpoint, we are seeing the forward head tilt, rounded backs, and internally rotated shoulders becoming the cultural norm. From a postural standpoint, our culture is in an orthopedic epidemic. America is leading the pack to the grave with the popularization of computers and cell phones. When asking athletes to keep their forearms parallel to one another in a plank, they find it nearly impossible, as they possess nearly zero degrees of external rotation. Most people working desk jobs spend eight to ten hours a day with elbows flared and hands close to one another due to constant typing and texting. Our spines, shoulders, and hips are facing extended periods of dysfunctional postural stresses on a daily basis and in order to reach extension, some sort of compensation method is used leading to chronic pain and frustration.

We’re also losing our ability to perceive what neutral position actually looks and feels like. A common cue that I use is, “Chest up, shoulders back and down.” With the lack of recruitment of the rhomboids (musculature between the shoulder blades), and the tightness of the thoracic spine (upper back), this position is only reached by many athletes by bringing the ribs up and away from the waist and extending through the lumbar spine (lower back). We’ve created a new neutral position, one of postural compensations and stress. Our shoulders are forward and internally rotated, our chest is tight, and our shoulder blades are fixed to our backs. For those who train with purpose and goals, these daily stresses really put us at a biomechanical disadvantage to perform and stay healthy. Luckily, there’s a cure: a properly performed pull-up (1).

Most people initiate the pull-up with the elbow flexors or biceps; this goes against the core to extremity principle, which states that bigger muscles must be recruited prior to smaller muscles. Instead, athletes should initiate with a scapular pull-up, by pulling the shoulder blades down and away from the ears. From there, we are not done. Rather than being satisfied with the chin over the bar, athletes should focus on ripping the elbows backward almost as if they were getting ready to elbow someone in the gut with the goal being to have the upper chest kiss the bar.

Try performing your pull-ups this way from now on until failure and then finish with a thirty second eccentric loading negative pull-up striving to pause on the way down. This will add time under tension and lead to additional repetitions in the future. Good luck with that posture!