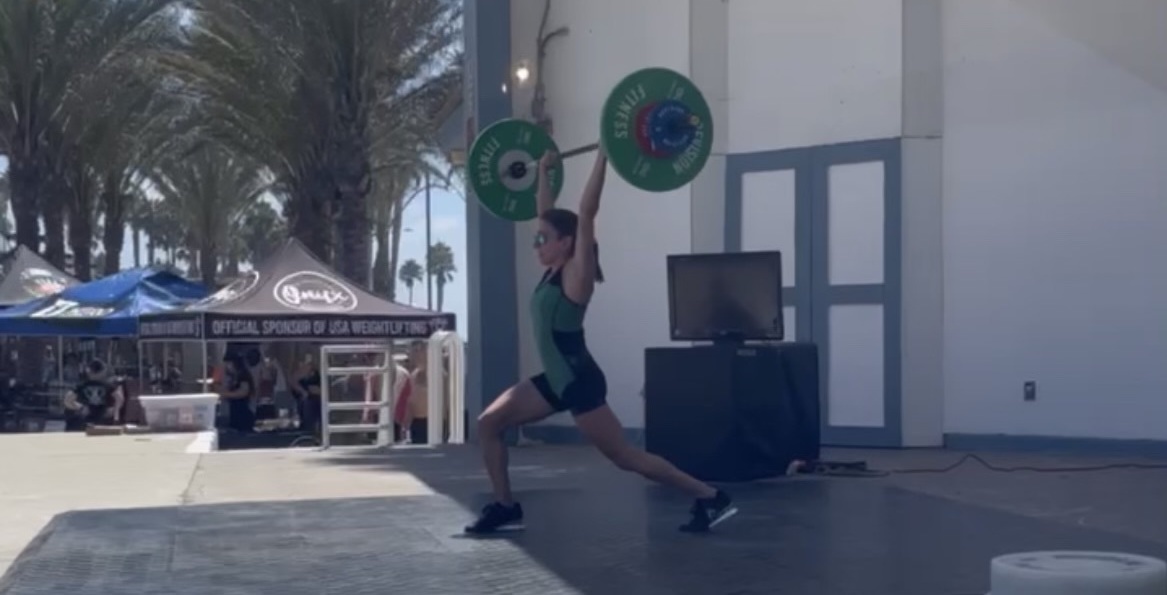 The 1st Annual Pacifico Barbell Summer Meet took place in Oceanside this past weekend. Four athletes competed, and it was their first live Olympic Weightlifting meet! Everyone got a total, which is my goal for an athlete’s first meet. A total means they successfully completed at least one snatch and one clean and jerk. Each lifter gets three attempts at both lifts. All four athletes took home medals in their weight classes! A few members and one coach made the trek up to Oside to support our athletes! Special thank you to coach Aush for coming up, as well as Darren Caine, Isaiah Brye, Alex Reyes, Katie Ditomasso, Sarwar, and Ashlie Pankonin

At this Olympic Weightlifting meet, there was also a CrossFit competition. Three of our athletes competed! Alejandro Avalos and his teammate, a friend from northern California, were tied for first after the final event, so they had an Assault bike Calorie sprint and ended up winning the scaled division! Two other Invicti, Tayor Huynh and Luis Ochoa, competed in the RX division and ended up on the Podium, taking third place. They fought hard during the last event for second place and fell short by a single point!

Interested in focusing mostly on your Olympic lifting? We have a few different opportunities for you! If you live in San Diego, please join us at our gym location Downtown in East Village for Coach Fritz’s Olympic Weightlifting Class. Not in San Diego? Move here! Kidding, not kidding.

Fritz holds class on Monday-Thursday from 4:30-6pm and on Saturdays from 9-10:30am. Many of the class participants are new to Olympic lifting and then there are some who will qualify for the American Open series. All are welcome! All have fun! Join us!

To entice you…Check out this video of the Oceanside Meet that our awesome member of our Oly Club, Sarwar made!

So you don’t live in San Diego and aren’t planning a move? Then check out our online weightlifting programs with Coach Jared Enderton. There are two programs to choose from based on your goal with weightlifting….

If you are looking to improve your Olympic Lifts – no matter what your current level is – this online training program is made for you. You will improve your weightlifting technique and become more efficient – leading to new PRs! The sessions can be added as a supplement to your current training program, or used as a stand-alone program. You will also have access to the Invictus Weightlifting Facebook group, where our coaches will answer questions about the programming and review videos for technique critique.

If you are an Olympic lifter looking for a solid strength building program to improve your Oly Total, or a CrossFitter wanting to spend some time as an Olympic Lifter and build your total, this program is for you. The Invictus 5-Day Weightlifting Program is a comprehensive program geared towards full time weightlifters, or CrossFitters who want to spend the majority of their training on improving their Olympic Lifts. The program is strategically designed to peak athletes around some of the major meets throughout the year. The program consists of technique drills and accessory work, as well as well thought out progressions to help athletes improve their lifts. The program will help athletes improve their weightlifting technique and become more efficient, which will allow them to break new personal records in their lifts. The sessions are meant to be your full week’s training program, and gives training for five days per week.