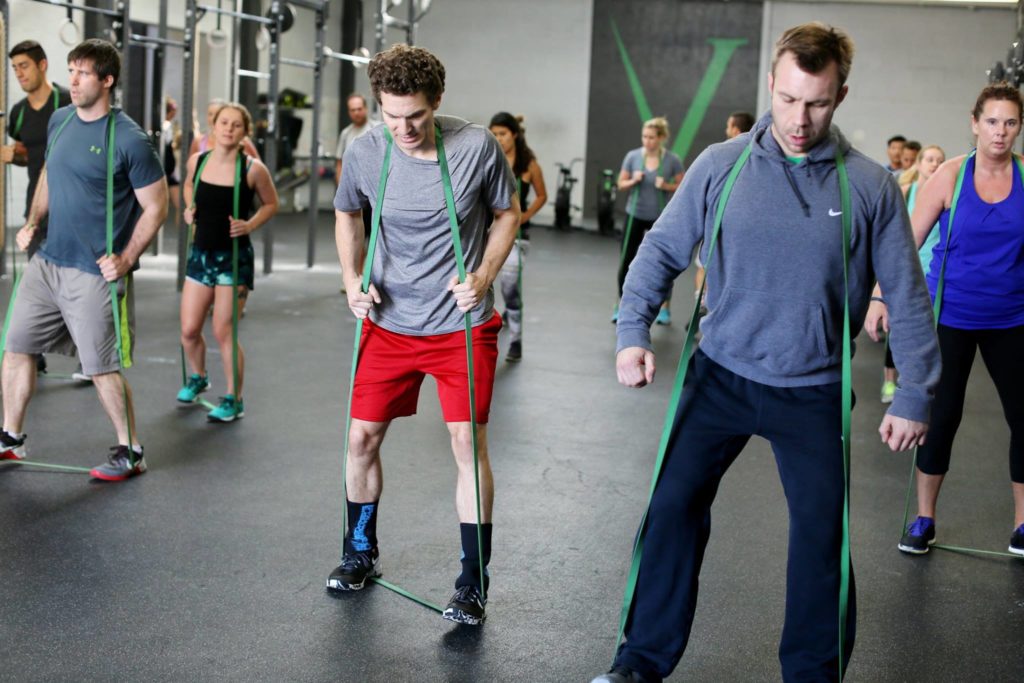 Are You Missing These 2 Important Things in Your Training?
Written by Melissa Hurley

No doubt squatting, hip hinging, push and pull are all great movements to build a foundational program, but not only do we end up missing important patterns of motion, we also don’t take into account the various planes of motion and the combinations of movements that make up real life and sporting movement. It’s not hard to add some lateral and adductor training to your warm-up and/or program. The benefits are worth your time and your overall health.

When it comes to side-to-side, or lateral motion, most training and exercise programs are notoriously weak. Front and back motions like squats, push-ups and pull-ups are all-too-common and this deficit results in a body that is skewed and imbalanced in the ability to move in all directions. This ultimately results in injuries, poor performance, and weak external rotation muscles. Most everyday and sporting actions are combinations of several patterns as our body is moving in various directions

We all can benefit from lateral training, gaining…

Lateral movements recruit different neurological stimuli, muscle groups, and ligaments that aren’t typically hit with typically training movement. Without lateral movement, such muscle groups as the adductors and abductors, ligaments of your ankles, knees and hips, your core stabilizer muscles that work to maintain equilibrium and so much more are being neglected. If the muscles and joint structures that resist lateral movement are not strengthened, the injury risk is very high.

The Importance of Adductor Strength

Almost every sport involves running and jumping, which work the quads, hamstrings and abductors to a much greater degree than they do the adductors – the three muscles of your inner thigh: the adductor longus, adductor brevis and adductor magnus.

Most know these muscles draw your upper leg inward towards your body and play a role in stabilizing your knee joint. However, did you know the adductors also contribute as hip rotators and extensors due to their origin on the lower portion of the pelvis and wrap themselves around the femur? Contraction of the adductors occurs during hip extension, and internal and external rotation. What a powerful and important muscle group!

Keep an eye on the knees. If an athlete’s knees, turn inward while they are squatting or pulling a heavy weight off the floor, it’s a sure sign that the adductors are relatively weak.

What exercises strengthen the Adductors?

The adductors are not obvious muscles like the hams and quads, so they’re often neglected, but they play a vital role in lower-body strength. Take some time to add a couple extra variety or additions of adduction exercises and lateral movements to your training and see if you get stronger.