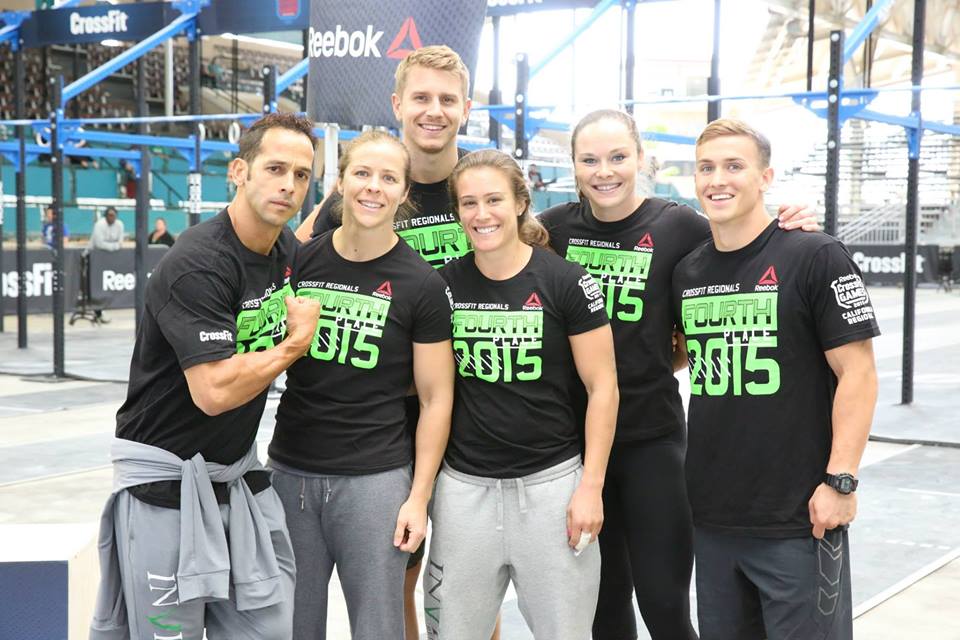 This past January, I came back from my travel extravaganza in South America. Originally I had planned to stay a full year in Brazil to coach seminars, but things changed and I made the decision to come home back to San Diego and Invictus.

Part of me really wanted to continue to compete and I wasn’t sure I would be able to do so if I had stayed in Brazil, as the travel was long and hard on my body. Don’t get me wrong, I got to see a lot of amazing places from Rio de Janeiro, Buenos Aires, Colombia, Chile, Panama; but at the end of the day, I wanted to be home.

As February rolled around, I wasn’t sure how well I would do this year in the Open; I felt as if I had lost some of my fitness from the travel demands and not being as consistent with training. I made a decision not to travel during the Open and it paid off; this was the first year that I haven’t travelled for a seminar during the five weeks of competition and it showed as I had my best placement to date at the young age of 36 years.

I get asked all the time what are the keys to continuing to succeed and progress in our sport of CrossFit, so I came up with a list of seven to match the number of CrossFit Games that I have participated in.

1.  Being healthy
It all starts with taking care of myself. If I am healthy, I have options and this year has been no different. I’ve been blessed with great health and being able to stay injury free with the exception of a few minor things over the years. My first year competing was in 2009 and I have been a part of the Affiliate team every year since at the Games.

2. Being surrounded by people that will make you better
There’s no replacement for this! When I came back from Brazil, CJ said my fitness would improve by 20% and he wasn’t kidding. I’ve been able to continue hitting PRs and it’s mostly because I am surrounded by great athletes and coaches that make me better everyday.

3. Being clear about your goals
I knew in my gut that I still wanted to compete. It was hard to walk away last year after winning the Affiliate Cup [at the 2014 CrossFit Games]. I supposed I hadn’t planned for that; it was unexpected as we weren’t sure how it was going to play out. One thing that I’ve told myself is that I want to continue to compete as long as my body will allow it. I know that I’d have the best chance to compete at the CrossFit Games if I was training at Invictus so I made the decision to come back. One thing that I always tell my clients is that you have to make sure your actions are in alignment with your goals. Set super high goals; if they are too easy to reach, then you are not being challenged and becoming the best version of yourself. Believe in yourself!

4. Not being afraid to ask for help
We didn’t win the CrossFit Games by accident last year; it was a lot of hard work in the year leading up to competition and a lot of things had to fall into place in order for us to accomplish what we did. During the actual competition, there are going to be different people from the team stepping up; last year, Rasmus led us pretty much every time we had to tackle Big Bob, whereas when we had to deal with the worm, Melissa was in charge. Everyone plays a role, and it’s about putting ego aside and letting others lead when the time calls for it and not being afraid to admit you need help and can’t do everything on your own.

5. If something is not working, change it
Originally my plan was to spend a full year in South America, but after the first month or so, I knew that I didn’t want to do that anymore. That goal was no longer in alignment with my values; the first month was the hardest in terms of adapting and things did get easier in the second and third month. But I think partly because there was an end in sight and knowing I would be coming home to San Diego. Making the decision to come back could be taken as a failure since I didn’t follow through on what I had originally intended to do, but I made the decision to go there on my own, and I was free to make the decision to come back and I did and haven’t looked back since.

In the final workout of the CrossFit Games last year, we were so close to finishing – we were down to the last pull of Big Bob and as much as we tried our original strategy it just didn’t seem to work. After struggling for a little bit we changed the order and placement of some of the athletes and after that we got it moving to the end and victory.

6. Acknowledge everyone that takes a part in our success
It’s no mistake that we go out and perform our best in competition; we have all the little things taken care of for us. We have a super team led by Karen & Pops that keeps us well fueled, with every meal is planned and cooked for us. We are well taken care of by amazing our healers, Heidi, Tara, Ian and Ryan, all year long as well as during the competitions. Not to mention the guidance, programming and mentorship throughout the year by our coaching staff led by CJ and Nichole.

7. Overcoming adversity
In competition and in life, there are going to ups and downs; they are unavoidable.  There’s a great quote from a close friend of mine that rings a bell here: “Life is a series of agreeable and disagreeable events – how I relate with them determines my happiness and suffering.” This year has been no different; the week before Regionals we almost lost Heather and Gaje to injuries and during the actual competition, Cat gritted out a gutsy performance while battling knee issues.

I try to take the highs with the lows and not get too excited when things go well, and not allow things to bring me down when they aren’t going the way I want. I’ve learned to appreciate people more than ever, as without others I wouldn’t be where I am at.

I am blessed to have the opportunity to represent CrossFit Invictus for the 6th year in a row at the Crossfit Games Affiliate Cup. I am confident in our team’s ability to come together and perform at the highest stage.

Huge inspiration to me Nuno, good luck in Carson!