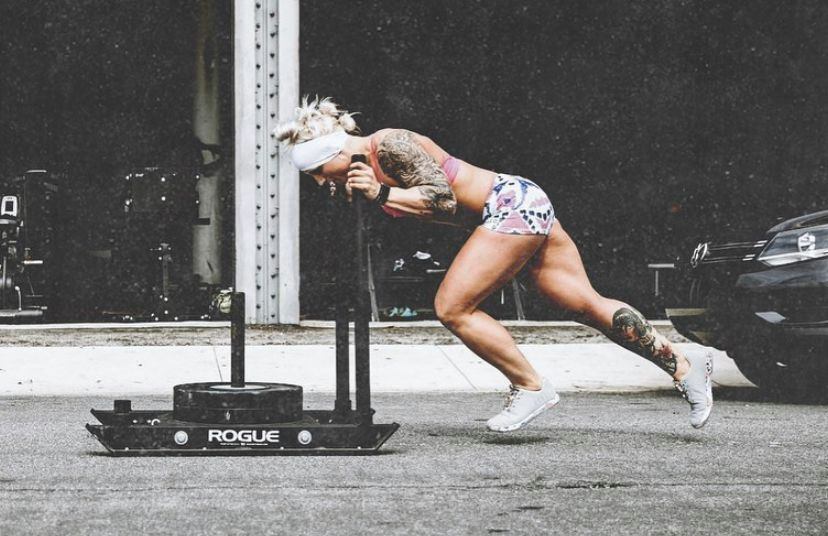 How are you supposed to hold up your upper body gains on a pair of thumbtacks? Have no fear…we are here to help you! Just like we did with the upper body, we’re going to break down sections of the lower body and go over their purpose and some favorite accessory movements to supplement those GAINZ!!

What are the Hamstrings?

Ever heard of lower body biceps? Yeah that’s basically these. So fun fact…even when you’re training legs you can do curls…just do lower body leg curls instead (always remember the ABC’s – ALWAYS. BE. CURLING.)…so what’s the purpose of these lower body biceps? Quick side note…they’re called the biceps femoris, we’re not just making this stuff up.

“The biceps femoris is one of the hamstring muscles at the back of the thigh. It originates in two places: the ischium (lower, rear portion of the pelvis, or hipbone) and the back of the femur (thighbone). The fibres of these two origins join and are attached at the head of the fibula and tibia, the bones of the lower leg.

What do the Hamstrings do?

This muscle extends the thigh, rotates it outward, and flexes the leg at the knee.”

You hear that?? FLEX FRIDAY FOR LEGS!!!!

How to Strengthen the Hamstrings

How do we train them? Here’s a few of our favorites…

Not only will hamstrings drastically improve your deadlift capabilities, but they WILL MAKE YOU SQUAT MORE!

What are the Quads?

Think of these like the lower body triceps in terms of function. But, instead of the horseshoe, a well developed quadricep (particularly the VMO) will produce that “tear drop” next to the patella.

“Quadriceps femoris muscle, large fleshy muscle group covering the front and sides of the thigh. It has four parts: rectus femoris, vastus lateralis, vastus medialis, and vastus intermedius. They originate at the ilium (upper part of the pelvis, or hipbone) and femur (thighbone), come together in a tendon surrounding the patella (kneecap), and insert at (are attached to) the tibia(shinbone).

What do the Quads do?

These muscles extend the legs at the knee and are important for standing, walking, and almost all activities involving the legs.”

How to Strengthen the Quads

Here’s some of our favorite movements…

Wham bam you have it fam. Onto the next.

What are the Calves?

Want to go fast like Ricky Bobby? Or jump high like Mike? Get some more EXPLOSIVE calves. Key word. Explosive.

“Gastrocnemius muscle, also called leg triceps, large posterior muscle of the calf of the leg. It originates at the back of the femur (thighbone) and patella (kneecap) and, joining the soleus (another muscle of the calf), is attached to the Achilles tendon at the heel.

What do the Calves do?

Action of the gastrocnemius pulls the heel up and thus extends the foot downward; the muscle provides the propelling force in running and jumping.”

How to Strengthen the Calves

Best ways to train these? Use the calves for their intended purpose – the propelling force in running and jumping. JUMP, JUMP, JUMP AROUND!

What are the Glutes?

We all want big buns! I mean that’s why there’s a million songs about them, and probably one of the few reasons why Sir Mix-A-Lot is still relevant today. But the butt is more for just beach season and bikinis. It’s the muscle that does it all in your lower body! Want a stronger deadlift? More glutes. Want a stronger squat? Train your glutes. Want to be more stable in compound lifting movements? GET A STRONGER BUTT! Get my point? There’s a reason we saved them for last.

“Gluteus muscle, any of the large, fleshy muscles of the buttocks, stretching from the back portion of the pelvic girdle (hipbone) down to the greater trochanter, the bony protuberance at the top of the femur (thighbone). These include the gluteus maximus, gluteus medius, and gluteus minimus.

The gluteus maximus is the large, wide, thick muscle at the surface of the buttocks. It originates at the ilium (the crest of the pelvic girdle, or hipbone) and at portions of the sacrum and coccyx, bones at the base of the spine. It stretches across and attaches to the iliotibial tract, a band of fibrous tissue extending from the ilium to the tibia (shinbone), and to the upper portion of the femur (thighbone). Its major action is extension of the thigh, as in rising from a sitting position, running, or climbing. It also rotates the thigh outward.

The gluteus medius is located directly under the gluteus maximus. It originates at the back of the ilium below its crest and stretches downward to the greater trochanter of the femur.

The gluteus minimus is situated under the gluteus medius; it also originates at the ilium and attaches to the femur. Both these muscles abduct the thigh; i.e., pull it laterally away from the midline of the body.

What do the Glutes do?

In addition, their front portions help rotate the thigh inward, while their rear fibres aid in its extension and outward rotation. When one leg is raised off the ground (e.g., in walking or running), the gluteus medius and minimus of the opposite, fixed side act from below and exert a strong pull on the hipbone, even tilting up the unsupported side, which tends to sag when the limb is raised.”

How to Strengthen the Glutes