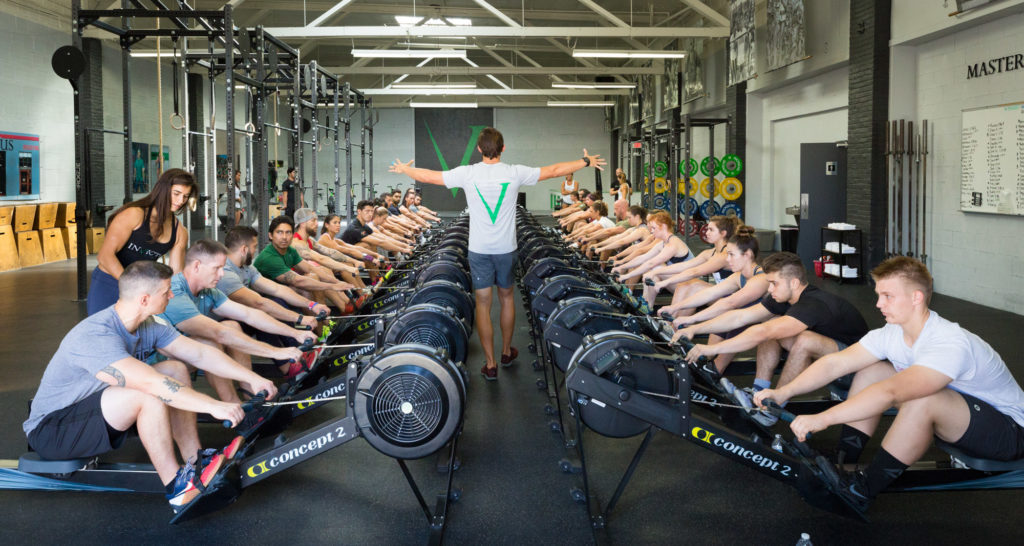 Just Do It
Written by Invictus Athlete Josh Littauer

If you’re a human like me (which you are), then you’ve probably had plenty of thoughts or ideas about things you could do. What were they? Trips you could go on? Businesses you could start? Hobbies you could try? Whatever the case, how many of those ideas did you dismiss before even thinking about starting? A lot I’m sure. I know I have. I have had tons of thoughts and ideas and many of which I wrote off as being too outlandish, too scary, too much money, or saying, “I don’t have the resources, the time, or the network to do such a thing.” We dismiss things long before they could come to fruition, and in some cases, leave a lot on the table. Now obviously not every idea or thought we need to act on, but what if we started putting our hands and feet where our mouths are?

Let me expand on this some. In this day in age, talk is cheap and getting cheaper. Everyone has the next best idea, solution to a problem, opinion, or product. But how many of these people who talk about their ideas ever put them into practice? How many of us who say, “Oh man, I would love to do this,” or “I think this is a great idea,” ever do anything with those thoughts or ideas? Very few! Myself included.

In this day in age thoughts and ideas are plenty, but there is a huge lack of execution. This has been something that has hit me over the past few months as a big hole in my own personal life, as well as a common trend in society. I noticed it in myself when I had a short and growing list of things I wanted to accomplish with none of them crossed off, or even a plan to get them accomplished. I had created a list of ideas I could do, but never did any of them.

So where does the problem start? Is it fear? Is it laziness? Is it not believing in yourself? Whatever it may be, many of these reasons are overcome by one thing. Doing. We all know the old Nike saying “Just Do It.” It’s famous because it implies action, it implies getting stuff done, it implies accomplishing goals you set forth. Now, I’m not trying to call anyone out; but how many of you have seen someone wearing a shirt that says “Just Do It.” but very clearly, they are not nor have they been doing anything. Here may be the problem, the term “Just Do it.” implies that you haven’t started, nor have you done anything. What if we changed the verbiage. “Just doing it.” “Just did it.” Now that is a different story. I bet if you saw someone walking around in a shirt that said “Just did it.” You would ask them what they did. Totally changes the context and what the call to action means to the person wearing the shirt.

In regards to fitness, it’s time to stop talking about things you want to be able to do, and start doing the things that will get you there. Want to do a pull-up? Start doing the pull-up progressions. Want to have a bigger motor? Start pushing your workouts harder. Want to be able to move more efficiently? Fix your mobility problems that hold you back. Maybe your fitness right now is nonexistent and you just need to start. Go for it, lace up your shoes, go for a walk, a run, step into the gym. Whatever it may be, action will trump your talk about the goals or desires you may have. Maybe the action has no direction, start with talking to someone who has the answers. Don’t know how to do something, ask a coach. Have a goal and want to put it to action, ask someone who knows better than you. Start the conversation, and once you’ve had it; get to work.

Maybe this comes across as more motivational than my typical post, but I’m really preaching to myself right now. It’s time to stop being a society that talks about doing things, and start being a people of action. Maybe it’s time to start the workout or diet regimen you’ve been talking about doing. Maybe time to put into action a business plan you’ve been sitting on for years. Whatever it is, action speaks louder than words. Talk is cheap and getting cheaper. Let this be the incentive, the little push, to get out there and start doing things.

Don’t talk about it. Be about it.

Don’t Have Strict Pull-Ups Yet? Try Mixing These 2 Variations Into Your Routine

4 Symptoms Of Low Self-Confidence You Need To Avoid