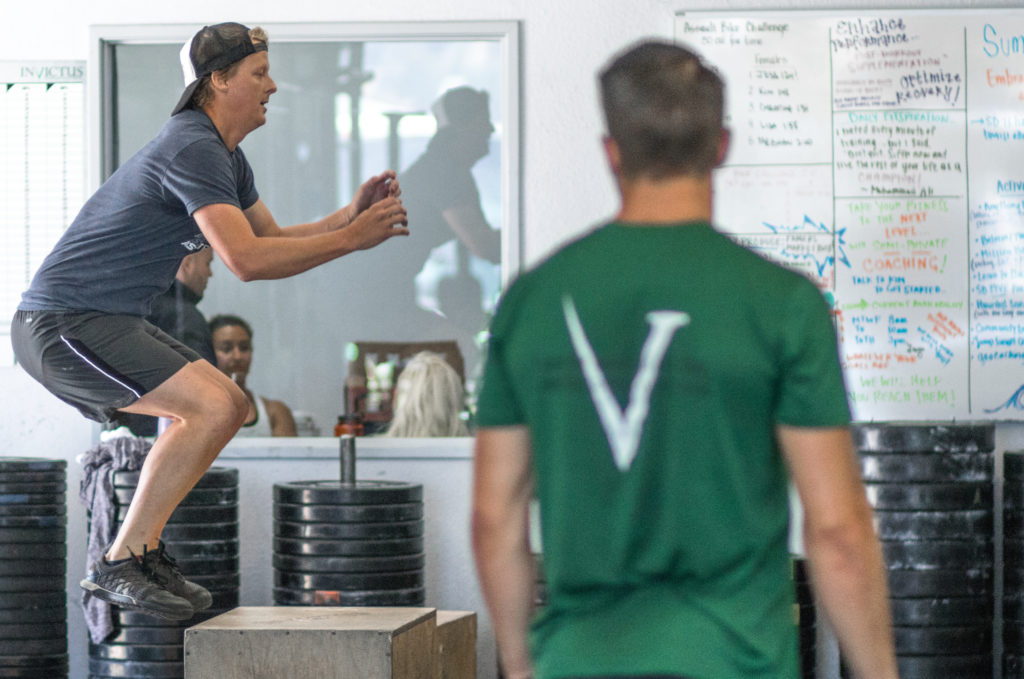 Jump Before It’s Too Late
Written by Holden Rethwill

How often do you incorporate plyometrics into your training? I can say with almost certainty that for the majority of us, the answer is: not enough. That’s ok, it’s not too late to start!

When we think of CrossFit, we think of things like gymnastics, Olympic lifting, metabolic conditioning, etc., but one thing that often times gets overlooked is plyometric training. But I’m here to tell you that plyometrics can be key to the success in many other aspects of CrossFit.

Why are they so important?

Plyometrics have many benefits, some of which include increasing agility, coordination, and overall performance. But I find that the most important quality of plyometric training is its ability to train your muscles to reach their maximal amount of force in a minimal amount of time. Each time you jump, you are teaching your muscles to increase their power output.

Where does this translate to CrossFit?

Everywhere! More power leads to more strength! One major benefit I found when implementing plyometrics into my own training was the translation over to Olympic lifting. Each time I head into a session with an Olympic lifting emphasis, I try to warm up with a few plyo exercises just to re-teach and re-create the memory for my muscles to reach for their maximal power output.

When should I implement plyometrics?

This is something that I believe depends vastly person to person. Plyometrics are incredible, when implemented correctly! Overdone they can lead to injury. I would recommend taking a day or two between sessions that put a heavy emphasis on plyometric training, just to give muscle fibers and tendons a chance to recover.

That said, I believe your warm up every day can include some variation of lighter plyometric movements. Movements like high knees, skips, and bounding can be great for your initial warm-up.

What are some plyometric movements?

There’s almost an unlimited amount of potential when it comes to plyometric training, but I’ve found the following to be some of the most useful for me: