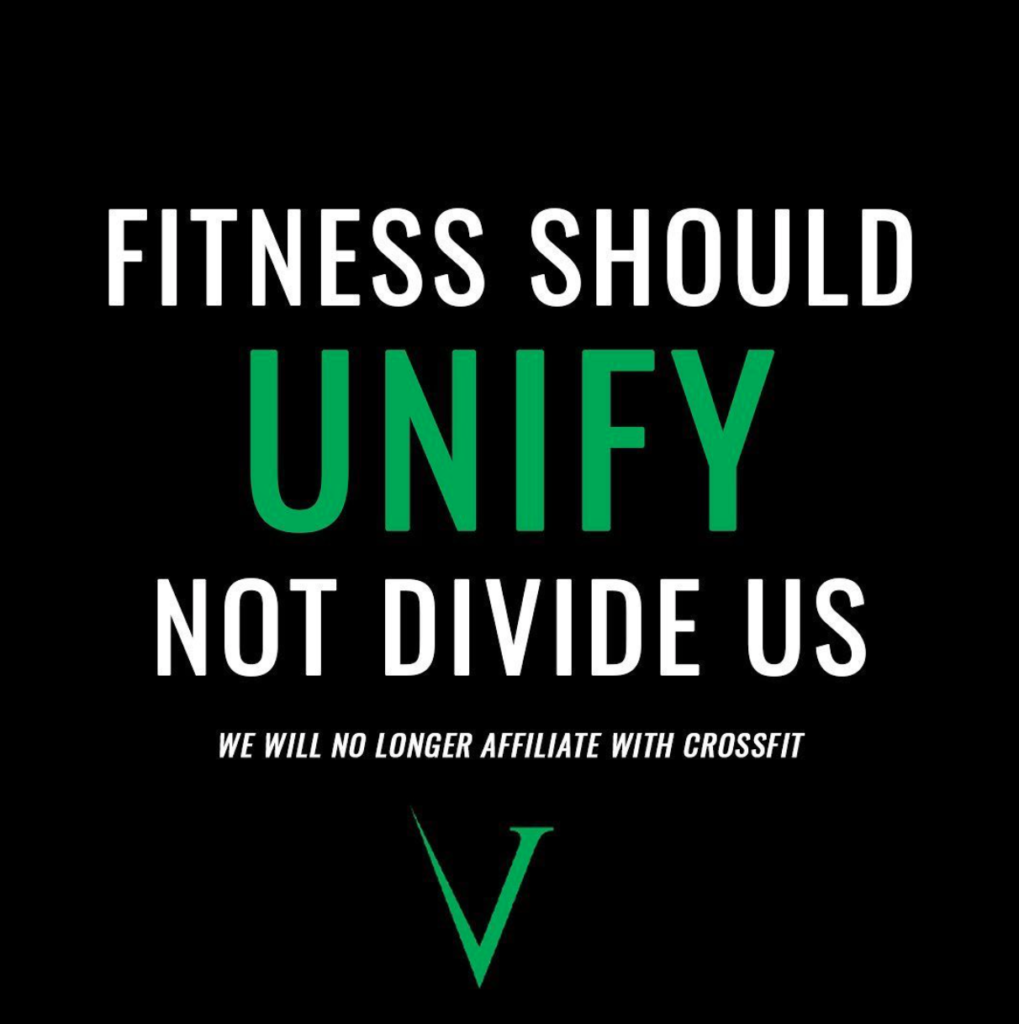 Fitness should unify, not divide us.

Invictus Fitness was founded on core values of inclusivity and respect. For nearly 12 years we’ve been a CrossFit affiliate because we believe in the immense power of using fitness to unify a community around health and happiness. Our training methods at Invictus Fitness constantly evolved, but we remained faithful to our affiliation with CrossFit because of the community.

The recent actions of CrossFit’s CEO are antithetical to our core values and mission of creating a strong, unified community. At a time when our communities crave leadership and kindness, he chose inflammatory and politically charged comments that have had the effect of dividing rather than unifying. As much as we love and respect many of the people who work at CrossFit HQ, we will no longer affiliate with an organization that doesn’t respect their position of influence. After nearly 12 years as an affiliate, we will begin the process of moving forward solely as Invictus Fitness but will be as committed as ever to this fitness community.

Does that mean monthly dues will decrease?