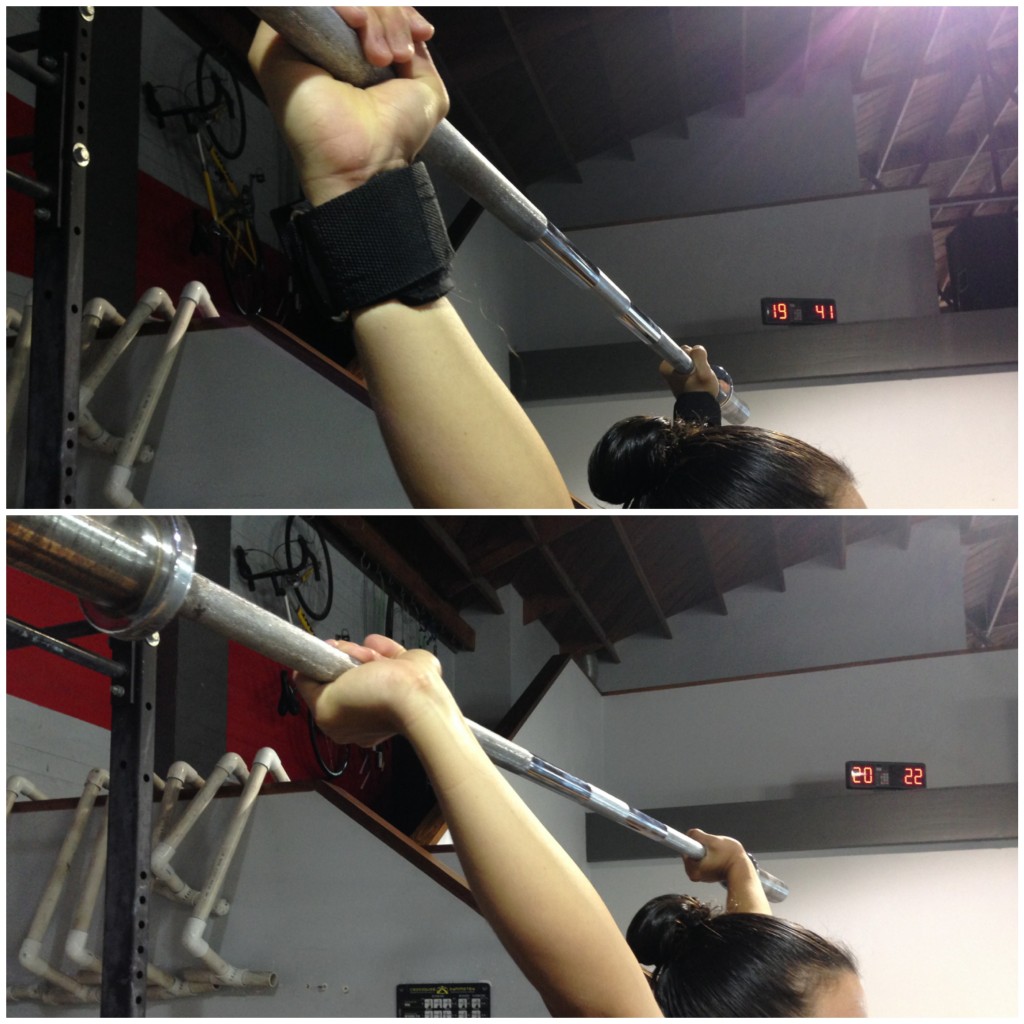 Wrist wraps look cool and make athletes feel like badasses when they wear them, which might be why so many people use them during their workouts. However, they may be causing you more harm than good, especially when snatching and overhead squatting. Are you a wrist wrapper who can’t figure out why you’re failing out front, even after you’ve stuck the lift? Then read on!

Yes, wrist wraps can provide support for weak and sore wrists. But can too much support be given, thereby causing failed lifts? I argue that, yes, it can, and does happen. You see, when going overhead with a barbell in movements like the snatch and overhead squat, you actually want your wrists to be in a slightly extended position. With your wrists in an extension and your arms overhead, your palms will be pointing toward the sky. The problem with excessively supportive wrists wraps is that they can prohibit this position and lock the wrist in a neutral position – which forces the palm to face forward in the overhead position. Perhaps this is why you’re missing the weight forward? 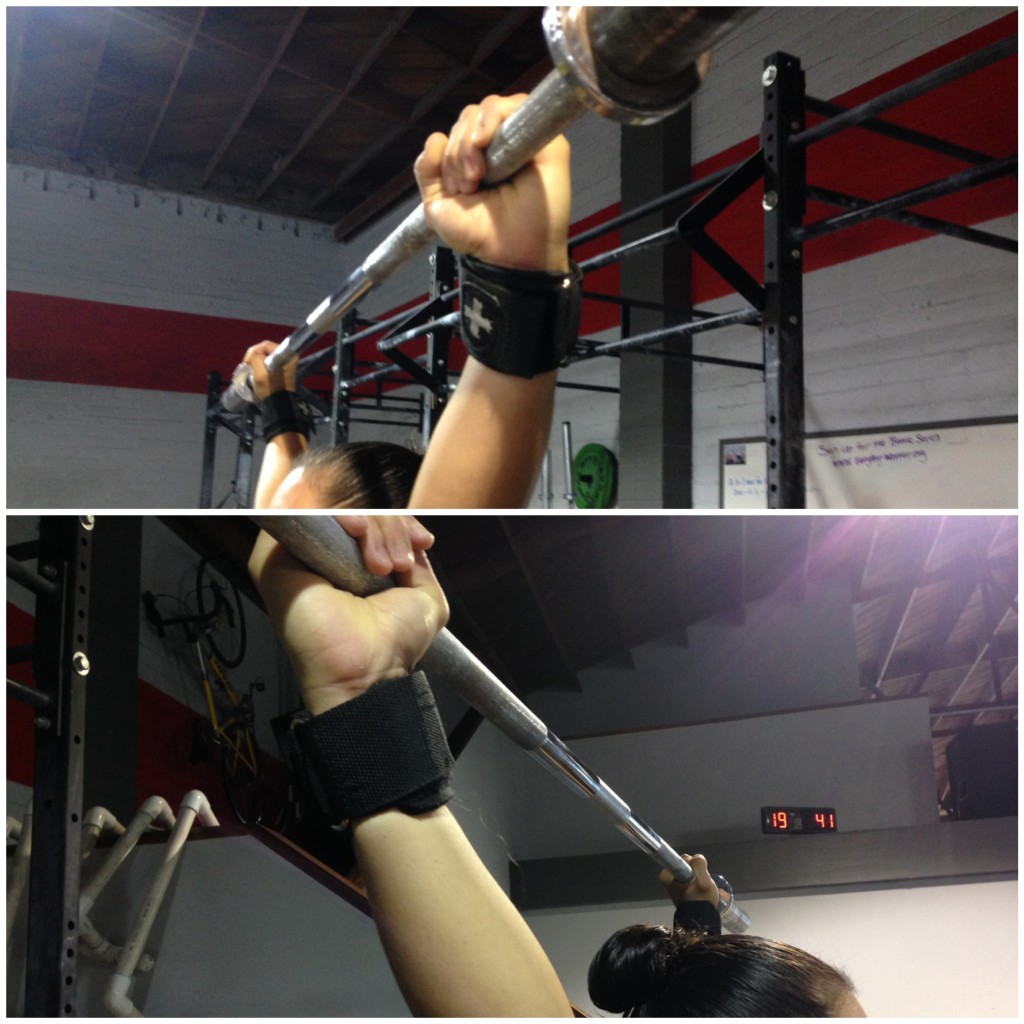 That neutral position, paired with crummy mobility, is a recipe to fail – even if you’ve already stuck the lift, since your bar will be pulled forward from not being able to get the weight behind your ears in that proper overhead position. When going wrist wrapless, however, that slight bend of the wrist helps set the weight back behind you just enough to successfully complete your lift. That slight bend also encourages your shoulders to set completely into the joint instead of rounding forward, thereby pulling you forward. 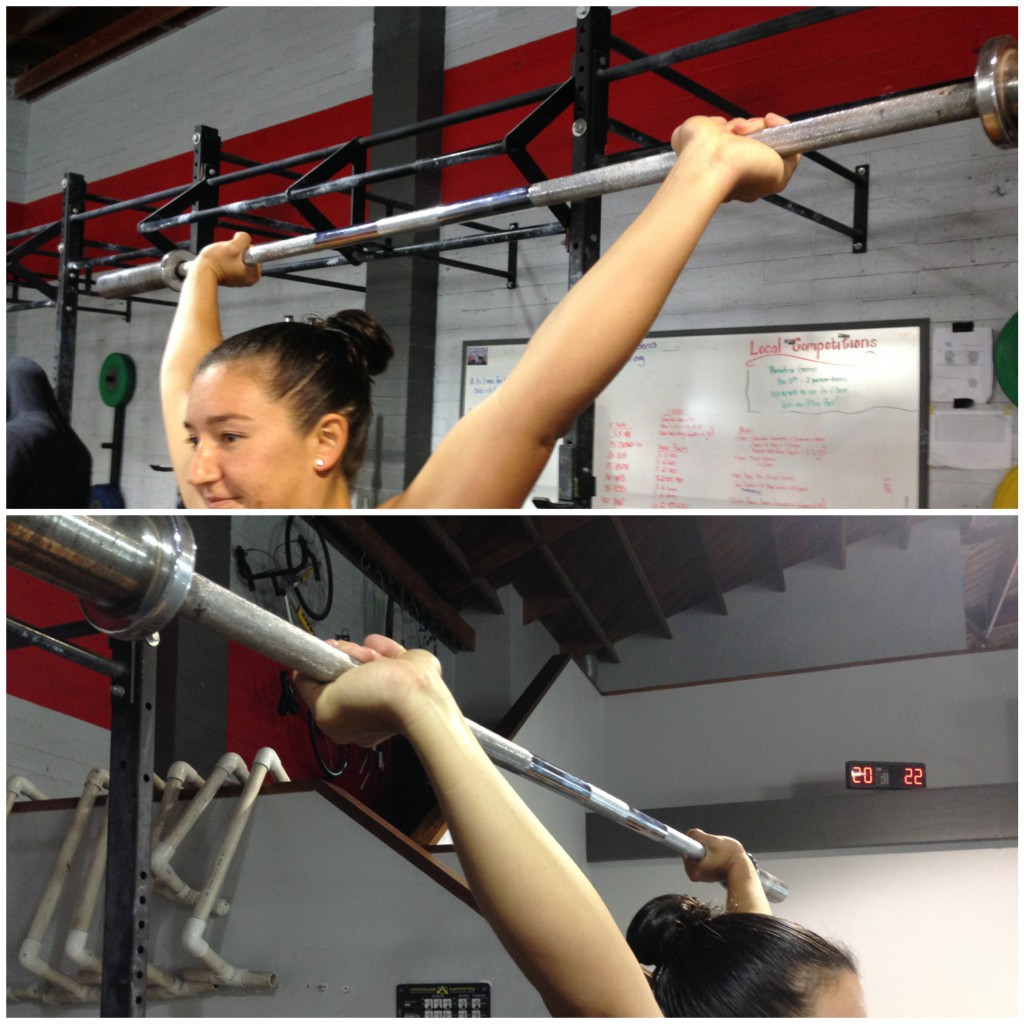 Next time you’re wrapped up like a mummy and keep missing out front after you’ve received the bar, consider removing the wraps and shooting your naked, Spidey wrists to the sky like they were meant to be! If you absolutely need some wrist support, just ensure that your wraps are situated low enough or loose enough to allow you to achieve the proper wrist extension to achieve an optimal position.