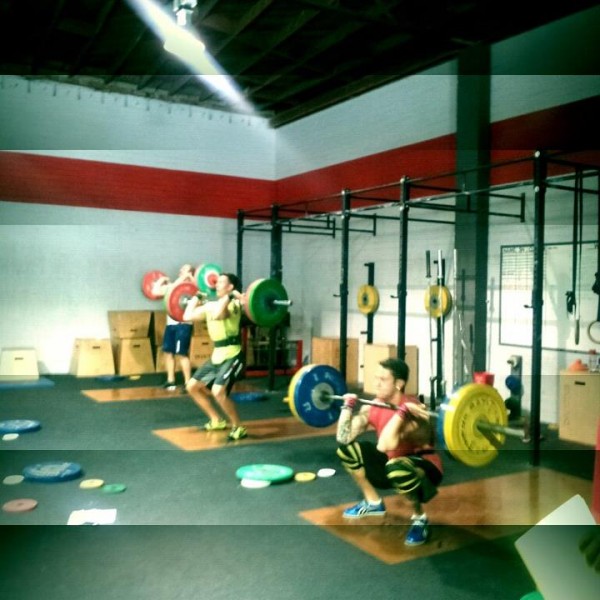 Good luck to Invictus athletes Ali Jones, Meryll Gonzalez, Margo Van De Water, Steph McCormack, Jaimie Bougie, and Richard Madrid this weekend. Each of them will be competing in the Left Coast Invitational competition at CrossFit Mission Gorge. For most of them, this will be the first time they have competed in a CrossFit competition outside the walls of Invictus.

Invictus has had some very successful teams and athletes, but the pride doesn’t come with the result. Rather, it comes with the preparation and effort. I am extremely proud of all those who will be competing this weekend. They have busted their butts in preparation, and they’re stepping outside of their comfort zone to test their mettle.

Please show them your support with well-wishes, and if you can make it over to cheer them on, please do so.

It is not the critic who counts; not the man who points out how the strong man stumbles, or where the doer of deeds could have done them better. The credit belongs to the man who is actually in the arena, whose face is marred by dust and sweat and blood; who strives valiantly; who errs, who comes short again and again, because there is no effort without error and shortcoming; but who does actually strive to do the deeds; who knows great enthusiasms, the great devotions; who spends himself in a worthy cause; who at the best knows in the end the triumph of high achievement, and who at the worst, if he fails, at least fails while daring greatly, so that his place shall never be with those cold and timid souls who neither know victory nor defeat. – Theodore Roosevelt

Thank you CJ! What a great experience:) Can’t wait to see Steph and Jamie tear it up tomorrow!!!

Thank you very much! We have been prepared and trained by the best coaches and staff and it’s time to go perform and do our best.

Watching Ally, Margo, Meryll and RJ compete today made me so proud to be a member of the Invictus family.

Also…wishing good luck to Taryn, competing in Canada this weekend!!

Right on! Good luck to all of you and remember to HAVE FUN!!!! 🙂