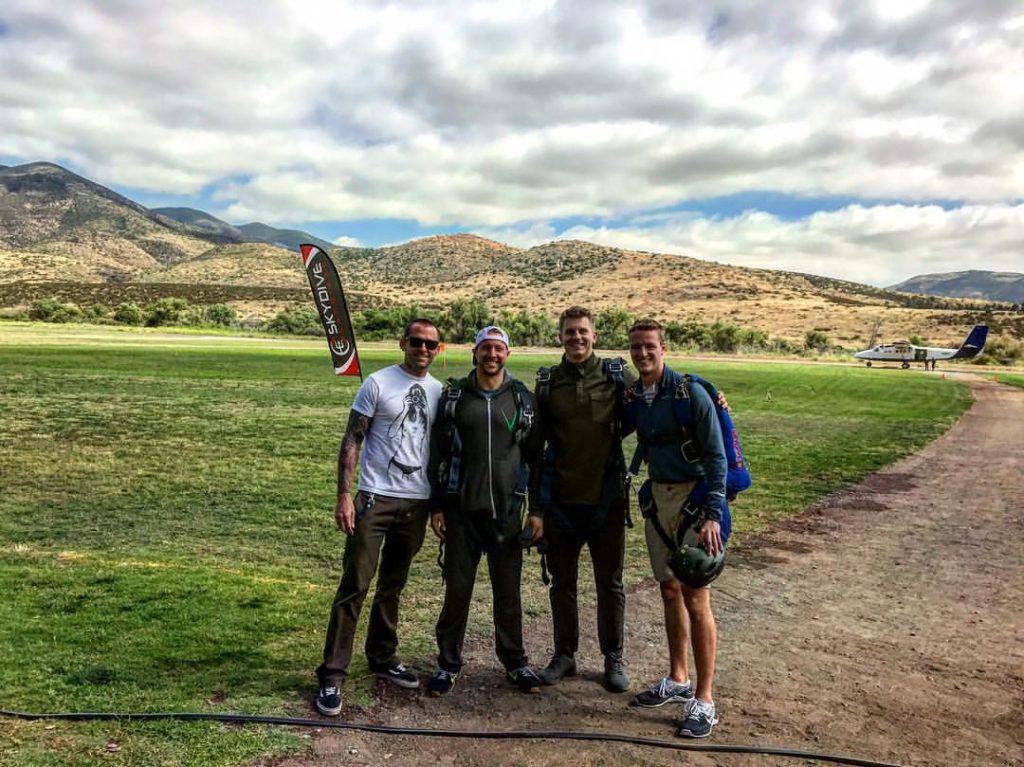 Get Outside for Many Amazing Benefits
Written By Bryce Smith

One of my favorite mantras is to “get outside of the box.” So many people live inside of a box and limit their potential because they are stuck in the comfort bubble and never look or go outside. This can range from staying in one area where your perception is limited, or literally staying inside instead of going outside. From years of observation, the main thing missing from most modern day training programs is people taking their training outside. Spending at least one day engaging in outdoor activities has so many amazing benefits and the change of scenery helps to refresh athletes for the following day or week.

I can tell you one thing for sure. You will never reach your maximal potential if you stay in the confines of your gym. You need to branch out and expose yourself to other things and other people. During my basketball days, we saw this a lot. Guys would be amazing in their league or in their region, but then when they would arrive to play AAU basketball at the big tournaments where everyone is the best in their region, they would be pleasantly surprised. Some athletes would go back and hide in their area because they loved success and feared failure and then those guys were done after high school. Other guys would imagine all the guys they saw at AAU tournaments constantly practicing and used it to fuel the motivation fire to constantly be improving and not satisfied with being the best in the region or league but wanting to be the best in their recruiting class. Those guys typically went on to play college basketball and some made it professionally.

I used to attend a globo gym in the Los Angeles area and at that gym I was probably the most fit athlete there. I would spend hours in the squat rack and on the pull-up bars, and in spin class. And then one day I finally “went outside” and headed down to Venice beach where I saw a woman knock out 20 straight strict pullups from a dead hang. I was not only impressed, but I had realized that I had been sandbagging that exercise and had more to give. I decided to take my training to a very well-respected CrossFit gym that could provide the challenge I needed to get outside of the box I had been living in. If I had never gone outside of the gym, my perception would have been that I was super fit when I was limiting myself and my potential. Some of you may be doing that as well. Take some time and reflect. Explore, dream, and discover the best version of you.

And when I say train outside, I do not mean simply going somewhere different than you currently train. I literally mean go into the great outdoors. Go for a hike or a ruck. Carry things for distance. Scamper on the beach. Do pull-ups on tree branches or monkey bars. Throw rocks, pick up branches, climb and crawl places, swing axes, and get your knees scraped up a bit. So many people die without having lived. Don’t let that be you. Go breathe some fresh air.

Many of us live in the confines of what is routinely done. But what if you tossed a dumbbell or kettlebell in your car and took a trip to a park or the beach? Maneuver that thing as many ways you can for as many reps as you can. Be innovative and have some fun. Soak up that Vitamin D. Weather makes training challenging at times, so carry a towel with you to protect yourself a bit from the elements. Go get an awesome tan doing clean and jerks, farmer carries, push presses, deadlifts, front squats, thrusters and burpees. Get outside of the lines, and don’t live in the confines of a box. Get outside of the box, or better yet, simply get rid of the box!

An Invitation To Stillness

The 3-Step Process To Turn A Bad Habit Good

3 Ways Meditation Has Made Me A Better Athlete