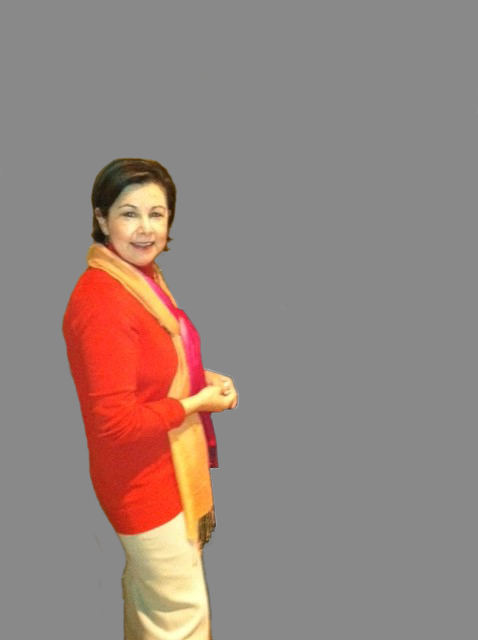 In August 2010, I started attending Invictus. I won’t say I started doing CrossFit because that would be over stating what I was able to do. At my age, at the time 58 years old, it proved to be quite a challenge. Had it not been for the wonderful coaches and classmates who gave me so much encouragement, I would have been ready to give up in a jiffy.

Slowly I started to make some progress. Often I was really sore and at times I felt really awkward as I sometimes mistakenly compared my abilities with those of others around me, however, this did not deter me. After a year, and as my 60th birthday approached, I decided I really wanted to be able to do at least one good “pull-up”, one of the many things I was still not capable of doing.

As the weeks passed I was making some progress. I definitely felt stronger and fitter than before, but I have to admit, November 12, my birthday, came and went and I was not able to do a good pull-up. I decided that I would not give up, I would keep trying and I would accomplish what I had set out to do, even if it was at a later date.

On December 10, there was to be a pull-up clinic at Invictus. I could not miss it. It was a Saturday, I normally do not go to the gym on Saturdays, but that Saturday I had to be there. I took the clinic, I tried as hard as I could, and I went home on that day with a clear plan on how to build up my capability to get the pull ups done.

A few hours after I got home that Saturday, I noticed there was blood in my urine. Because it was a Saturday, but especially because I did not feel sick, I decided that whatever the problem was, I would take care of it the following Monday. I had no intention of changing my weekend plans, which included taking my father to the San Diego Symphony concert on Sunday.

This was not to be. By the evening I started feeling the worst pain I have ever experienced and my daughter took me to the emergency room. After a few days of CT scans, MRIs and other tests, I was told that I had kidney cancer and my right kidney had to be removed.

Among other things, the doctors told me that it was unfortunate that I had been in so much pain, but that it was precisely this pain that allowed them to discover a tumor which normally does not have any symptoms. It turns out that blood clots from the tumor came loose, probably from the pull-up clinic, and they blocked my kidney. That is what caused the pain. Had it not happened, months or maybe even years could have gone by without having the cancer diagnosed.

On December 22, I had the surgery. I had been told that I would be in the hospital for one week. I was released after 4 days. My recovery has been truly remarkable and my doctors were amazed at my amazingly quick recovery. They told me it was because of what good shape I was in. I know I have CrossFit to thank for that.

I am now back to Invictus doing CrossFit. In many ways I feel I am starting again from scratch. I need to get back in shape just to be able to do what I did before the surgery, and that is fine with me. I hope to build up my strength once again, and one day soon, I will do pull-ups.

I thank God for the many blessings He has given me in the form of a wonderful family, excellent doctors, and my magnificent coaches and class buddies from Invictus.

A note from Carmen’s coach, Michele Vieux:
It has been my pleasure to coach and get to know Carmen over the past couple of years. In the beginning, she was definitely timid, often trying to hide from my view during class so I wouldn’t focus in on her. As I got to know her, I learned what a determined and beautiful person she is. When she approached me about wanting to do a pull-up, I couldn’t be more excited because I saw a transformation occurring right before my eyes. Not only was Carmen becoming physically strong, but her self-confidence was soaring and she was determined. I knew nothing would stop her from her goal, even when it didn’t happen on her time frame. Actually, I’m glad she didn’t get that pull-up on her schedule because then she might not have attended the clinic that lead to the discovery of a tumor. It was the strong and determined Carmen that shrugged off the diagnosis and pledged to be back to Invictus before schedule. She held true to her word and both touched and amazed friends, family, doctors, and fellow Invicti along the way with her positive attitude and perseverance. Welcome back Carmen!

Kick some pull-up butt Carmen, you can do it!

Welcome back, Carmen! You were amazing before the surgery and now even more amazing that you were able to overcome so much and get back in the gym so quickly. We missed seeing you at 6 am, but it’s great to have you back! You can try to hide, but we all notice your accomplishments 🙂

Carmen, you are a true inspiration, and a great example of what “Invictus” is all about. We are blessed to have you as part of our community!

Carmen, my very first Crossfit training partner, I am SO happy you are doing so well and are back at the gym. 6am is just not the same without you! You are truly an inspiration to be…even before the surgery. I know had you not been my first partner, I would have given up Crossfit, given up on myself, and I have you to thank for sticking with me. Love you Carmen, and it is GREAT having you back!

So glad you’re recovering! Keep after that pullup!

Carmen-
You are such an inspiration. It’s so good to have you back at the gym!

great to have you back at 6am

I ADORE Carmen!!! She is very inspiring–always trying her hardest and keeping a positive attitude.

Carmen is a class act. 🙂

What an incredible story Carmen – so happy to hear you are back in the gym and your recovery from surgery has been magnificent!

Happy to see you back in the gym Carmen!!!!