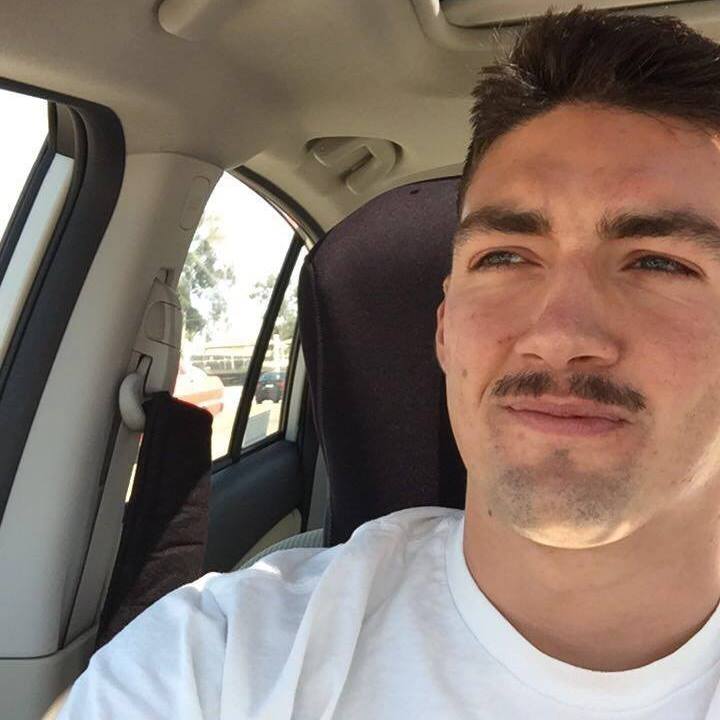 Congrats to our Member of the Month – Doug McPherson!
Written by Kaitlyn Kassis

It is completely normal for a newer member, especially one who has never done CrossFit before, to feel a little intimidated and hesitant when first being introduced to the wide array of movements that Invictus has to offer – that is, unless you’re Doug.

Doug is a member of the United States Marine Corps, currently working at MCAS Miramar. Shortly after completing a 7-month long tour in Southeast Asia and the Mediterranean, Doug joined Invictus in February, 2018. Doug is hands-down of the hardest working members you will ever meet, paired with an insatiable eagerness to learn.

Just a couple of weeks into joining Invictus, after finishing a 6:30 p.m. class, Doug asked how to do a ring muscle-up. Albeit – maybe not the most graceful – he got his first one that same night. Most evenings, you will find him staying late after class to get in extra work, building strength and capacity in areas he knows he can improve. Fast forward a few short months into his CrossFit journey, and Doug is able to string together multiple muscle-ups beautifully. This is a common theme with Doug – when he puts his mind to something, you’ll be hard pressed to find just about anything he won’t accomplish.

Inside of the gym, Doug’s favorite workouts include anything that involve endurance and suffering. Doug is extremely competitive – sometimes to a fault. His ideal workout ends with an element where it doesn’t matter how strong you are, but how much you are willing to push. However, if he could avoid absolutely any movement in group programming, it would be double-unders. Though, ask him again in a few months and he will most certainly have those mastered as well.

Outside of the gym, one of the greatest achievements that Doug has made since starting at Invictus has been changing his diet. Motivated to not only feel better, but to be properly fueled at the gym, Doug’s diet has evolved to contain significantly less processed foods than it did before. When he is not at the gym, Doug enjoys going surfing and spending time outside. Even on his days off from training, he absolutely loathes staying indoors and sitting around.

With his driven, goal-oriented mindset, it is no surprise that Doug is our Sorrento Valley member of the month. On a daily basis, he motivates his fellow members to push themselves harder, and his coaches to adapt and challenge his ever-growing skill set. Doug’s current goals include signing up for his first CrossFit competition within this next year. The Invictus community is excited to be a part of Doug’s journey, and cannot wait to see how far he goes.

How I Earned My Ranger Tab

The Modern Gypsies Take on Kenya