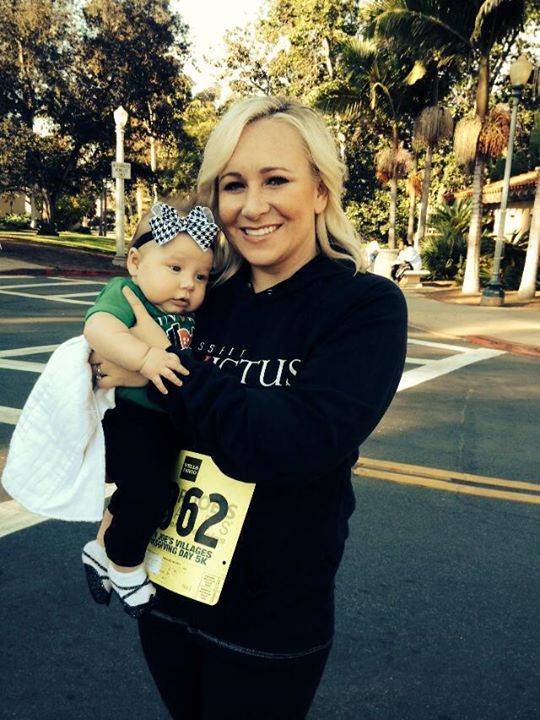 The fitness industry is a contentious place filled with disagreements on everything from supplements and diet to the frequency and duration of work. Some of these differences in opinion are scientifically based and some (more than not) are ego driven. Many of the debates are between those unable to find a middle road; a ground upon which the old school and the new are able to respectfully debate, compare notes, and reach open minded conclusions or politely disagree.

There is a great deal of “discussion” among fitness professional about the safety and efficacy of strenuous, dynamic exercise for pregnant women. The internet is filled with videos of pregnant women doing overhead squats and pull-ups and just as many comments decrying these same women. There are doctors and health professionals on both sides of the debate and I, as an average ignoramus, would like to put in my two cents.

Rarely does something happen in the natural world that allows for such a distinct comparison in this area as Jen’s first two pregnancies.

When we first got the news that Jen was pregnant, we were elated. We had planned the pregnancy and we were finally growing up. We had been married for two years, had just purchased our first home in Oregon, had bought two new cars, and understood that there is no greater time in America to have children than when you are the most heavily in debt.

On the plus side, we had a beautiful new custom built home, safe vehicles, and we were in the best shapes of our lives. Jen had been competing in fitness competitions for the last few years and, as her training partner, I was given no choice but to be in shape myself.

We would rise early and head to the globo-gym for two hours of training six days a week. In addition to that, three days a week we had private gymnastic instruction in the evenings. This private instruction was not CrossFit style gymnastics; it was not push-ups and ring work but rather front tucks, round-off-backhand springs and aerial trampoline work. Yes, I did this training alongside Jen and, as you can imagine, there was an amazing grace with which I bound across a gymnastics floor and crushed a springboard into a foam pit. The point is, it was extremely aggressive and dynamic training. On non-gymnastic evenings we would be back at the globo-gym for an hour of cardio training. We spent between 20-25 hours a week training. We had reached our “potential” as athletes.

We measured our food, watched our macro and micronutrient intake, and portion control was key. We supplemented like crazy people – protein, multis, CLAs, aminos, and creatine were all in the meal plan on a daily basis. It was the kind of devotion and single-minded determination that you see in many of the CrossFit Games athletes today.

Jen was at 118 lbs at her non-competition weight and she competed at 106 lbs.

Things began to change after we heard the news that Jen was pregnant with Tre. The first thing to go was the gymnastics training, quickly followed by the evening cardio sessions. The morning gym work began to be cut back and then disappeared entirely. Within two months, our fitness consisted of trips to the fridge and runs to Dairy Queen.

Yes, you read that correctly; we went from measuring and weighing our food to living on Dairy Queen french fries and tartar sauce. Well, not entirely. It seems that the one food item that assisted Jen in overcoming her morning sickness was the Egg McMuffin (but only with a folded egg, the foam “egg puck” didn’t seem to help her at all). Several times a week Jen would make a morning McDonald’s run for her breakfast sandwich.

As was the conventional wisdom a decade ago, pregnant women were to be relatively sedentary. No prolonged activity or strenuous work was encouraged. Jen would be on her feet for eight hours at a time at work but that became the extent of her physical activity. We had no other children and the home was brand new so our housekeeping and maintenance were minimal.

The weight came on fast and squishy; Jen ate herself to lethargy and idleness. We watched a lot of television (a habit we have yet to overcome) and we left the house only when food was involved. Jen’s feet began to swell and her ankles expanded. She became uncomfortable and she rarely felt well.

By the end of her pregnancy, Jen had gained a whopping 61 pounds! On her final weigh-in with her doctor prior to delivering, Jen weighed 179 pounds. For many female athletes this may be a healthy and functional weight, but for Jen, a small framed 5 foot 1, this was a huge number.

During her pregnancy she had increased her body weight by 52 percent!

Labor was rough. Jen tried to be a trooper, but she struggled. After a only a few minutes of pushing our doctor did not like what she saw. The decision was made to perform an emergency Cesarean.

The next 24 hours where the longest of my life. Tre was healthy but he had some minor complications. Jen, however, was a mess. She was in and out of consciousness from pain medications. She could barely move and she struggled with some of the simplest tasks. She was unable to hold her own baby for the first twelve hours of his life.

Recovery was long and difficult. After returning home, Jen’s mobility was limited and after spending most of her life as an athlete, she had no motivation for strenuous movement. It was years before she had regained her competitive drive and wanted to get back into shape.

Almost ten years after we found out about our first pregnancy, we learned about our second, Cece La Rue. We had been somewhat active during the few years prior to Cece; we had gone to the gym and attended group work a couple of times a week but our diet was not so hot. We were not in great shape by any stretch of the imagination.

During one of our first consults with Jen’s doctor, Jen asked if a VBAC (vaginal birth after C-section) was a possibility. She was told that she was an excellent candidate and the doctor didn’t foresee problems with it.

Jen was on a mission. She had decided that she was going to train for this birth as if it were the CrossFit Games. She wanted to reach her “potential” for the birth of this child and absolutely committed to avoiding the same mistakes that she had made during the first pregnancy.

Jen trained in the gym vigorously three to four times a week. She changed her diet to help facilitate the training. During the first trimester, Jen actually lost 10 pounds! She felt great, was happier, and actually seemed to be enjoying her pregnancy.

After each training session, Cece would go nuts in utero. She would bounce around and kick like crazy. It was as though she was doing a workout herself!

Jen still had morning sickness, but this time it was different. She mitigated it with better diet and activity. She fought through it this time and found different and more productive ways to deal with it than Egg McMuffin sandwiches.

When she talked to the doctor about her activity level the doctor just smiled and said, “As long as it doesn’t hurt. Go for it.”  And go for it she did!

She modified workouts to eliminate impacts and pressure on her abdomen; burpees went to planks and push-ups on a raised bar. Her fitness level continued to increase. There is a video of Jen on her 35th birthday, just six days before giving birth, doing pull-ups. During the second pregnancy Jen’s body weight only increased 12 percent – a total of 18 pounds!

Jen was heartbroken. She had been getting ready for this for so long and the terror of the first procedure still lingered. What she had gone through ten years earlier was such a terrifying memory that those awful 30 minutes prior to the procedure seemed like an eternity. The procedure came and went quick and efficient.

This time was different. Jen was more alert and attentive. She was up and walking, with assistance, within a few hours of the procedure. I don’t know that I can iterate the difference between the two experiences; it was as though Jen was an entirely different person.

Jen’s recovery from the second C-section was near miraculous. Not only was she up and walking around from the very beginning but her use of pain medications was significantly reduced from the event that had taken place ten years prior.

Five weeks after Cece was born, Jen was back in the gym doing limited work. It took years the first time around!

I am not a doctor. I am just your average Dad that has had the opportunity to see how different lifestyles have impacted the pregnancy and birth of two of our children. All of these things were things that Jen and I thought about and took to the birth of Gunnar, our third child. I understand that for each person the experience is different but what we are talking about here is the same person, two different lifestyles, ten years apart, one reaching her potential and the other not.

Such a great article Gary, and a fun perspective to read from the other side.